Musician, Tuface Idibia has said that one of the many reasons he loves his wife, Annie Idibia, is because she is real.

Commenting on the show, the singer said that he has never been a fan of reality TV shows but pointed out that his wife said whatever she felt.

“Whatever Annie felt she said it straight up to whoever. She never laughed with anybody and said different behind,” he said.

“Tha’s one of the many reasons I love this African Queen” he added. 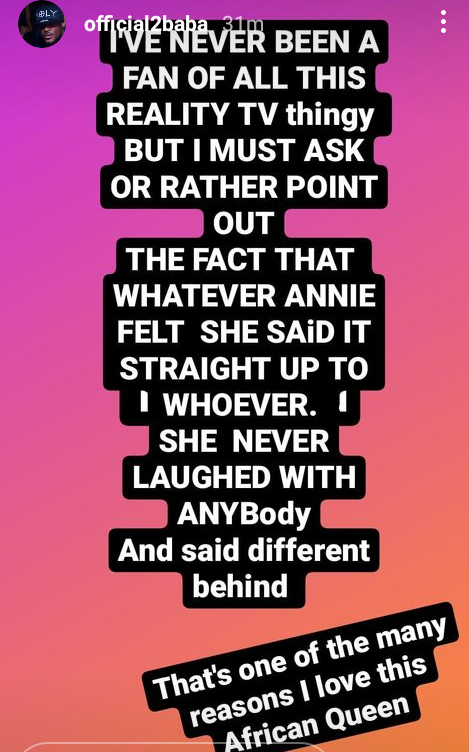 Everybody shouting and insulting me for marrying a second wife don’t live in my house, they don’t know the root – Yul Edochie (video)

Actress and Yul Edochie’s second wife, Judy Austin, shares new video of her and their son

Will Smith’s upcoming film, Fast And Loose, is put on hold by Netflix following Oscars slap

With the way Nigeria is now, people might sleep and not see their heads on their necks again – Footballer Asisat Oshoala writes about insecurity in Nigeria