The family of a 22-year-old student, Rabiat Yetunde Garba, is in distress following her disappearance in Ilorin West Local Government Area of Kwara State.

It was gathered that Rabiat, who is studying Chemistry and Integrated Science at the College of Education, Ilorin, left her parents’ residence around Adabata, Ilorin, to study at school on Thursday, March 17.

She was said to have got to the lecture hall, but upon realising that she forgot her assignment at home, she dropped her bag with her friends and rushed home to get the assignment.

The undergraduate was said to have gone missing on her way home.

Speaking to Punch on Monday March 21, her father Abdullahi Garba, said that efforts to locate her proved abortive.

“She usually goes to school from home. So, she left home for school that morning, and normally, she would return around 5pm,” he explained.

“But when we didn’t see her, we thought maybe they had a special assignment in school, so we waited till 6.30pm and started thinking about what could have happened. She hardly goes out and does not return home late.

“We were still expecting her till around 9pm. But when we didn’t see her, we realised something must have happened. We alerted people around us that we had not seen her and her number could not go through because her phone was faulty and she had dropped it with a phone repairer.”

The aggrieved father, while urging the government and the police authorities to investigate the circumstances surrounding her disappearance, said the matter had been reported at the Surulere Police Station.

“We have been praying for her safe return. She went missing last Thursday and we have yet to get any development from the police. I want the government and the police to help us find her and arrest those involved in her disappearance,” he added. 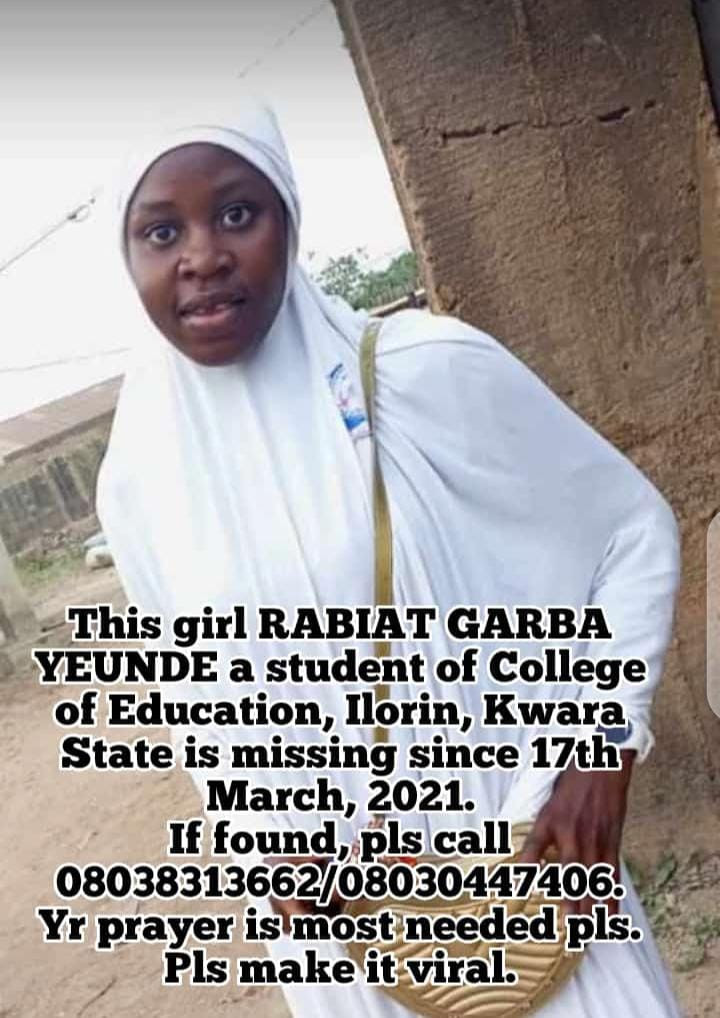 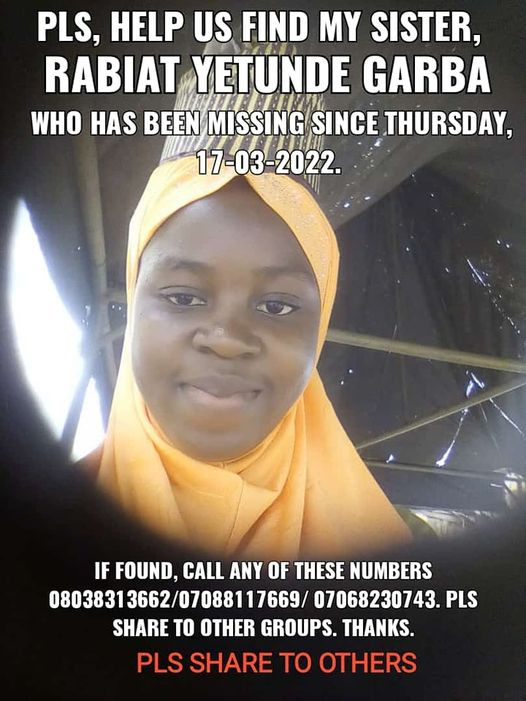 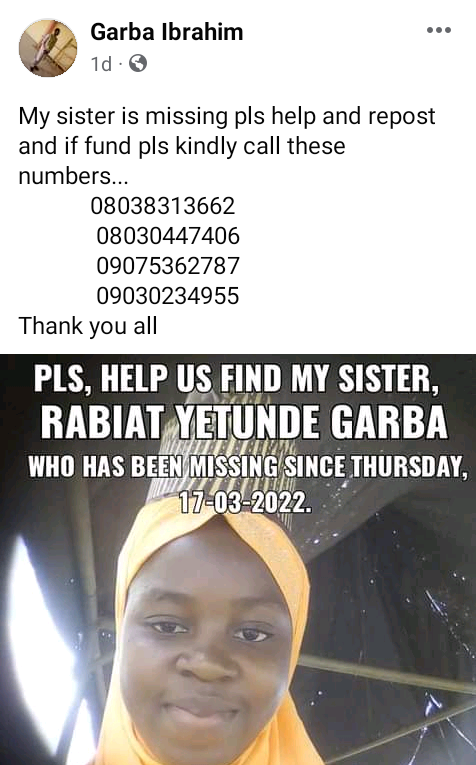 Court strikes out 8 of 15 charges against Nnamdi Kanu

One confirmed dead, many feared trapped as building collapses in Taraba (photos/video)