Operatives of the Delta State Police Command have rescued a 22-year-old kidnapped victim in Ozoro Division, Headquarters of Isoko North Local Government Area of the state.

Spokesperson of the command, DSP Bright Edafe, who disclosed this in a statement on Tuesday, said that a suspected motorcycle thief and illicit drug dealer were also arrested.

“The informant stated that they drove towards Ughelli in Ughelli North LGA. Consequently, Dragon Patrol Teams 27, 28, 19, 20, and 16 were massively deployed to the scene

“The teams went on an intelligent led operation and trailed the kidnappers to PTI junction Effurun, where the kidnappers upon noticing that the teams were closing in on them abandoned the victim and the vehicle and fled.

“The victim (name withheld) ‘m’ age 22yrs of Ozoro was rescued unhurt and the vehicle recovered. Meanwhile manhunt is ongoing with a view to arresting the fleeing hoodlums,” he added.

On March 19, at about 7:pm, Raider Operatives in compliance with the directive of CP Ari Muhammed Ali, raided a black spot in 74 area, Asaba during which one suspect named: Sajor Louis ‘m’ was arrested and ninety-one (91) wraps of weeds suspected to be Indian hemp, one hundred and twenty four (124) wraps of loud, fifty (50) parcels of SK, some razlers and some bottles of liquid mixed with substance suspected to be Indian hemp were recovered. Investigation is ongoing.

On same day at about 6:pm, Safe Delta patrol team stationed along Umutu/Obiaruku Abraka road, received an information that one unregistered Lifan ladies motorcycle parked in the compound of the complainant (name withheld) has been stolen by unknown persons.

The team embarked on intensive stop and search and on 20/3/2022 at about 1030hrs, information was received that the suspect was sighted moving towards Umunede. He was trailed to the community where he was arrested.

The suspect identified as Nzubechi Emeka ‘m’, 27yrs from Egbema LGA of Imo State, confessed to the crime upon interrogation.

The motorcycle was recovered and Investigation is ongoing. 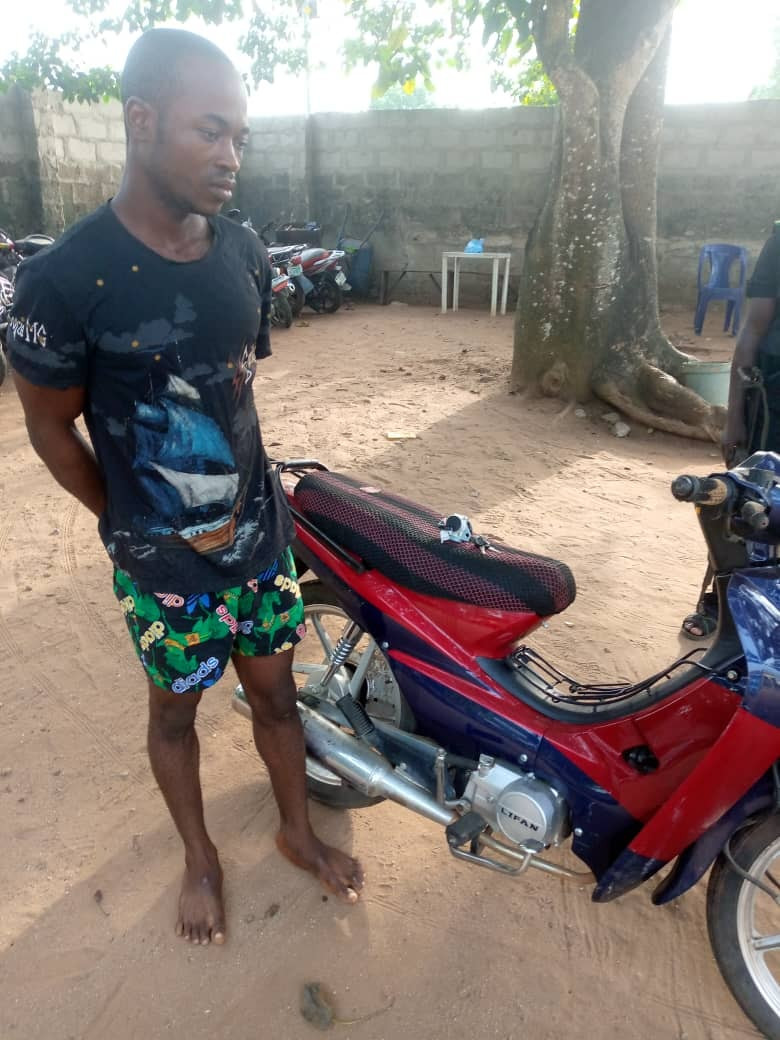