Six children have been rescued from a suspected female kidnapper in Port Harcourt, Rivers state.

According to an eyewitness, Witty Smith, the incident happened at Mango Estate in Elelenwo area of Port Harcourt on Tuesday, March 22.

It was gathered that one of the kidnapped children allegedly escaped and alerted residents of the area.

The residents broke into the woman’s house and found the children tied with a rope and one of them reportedly dead.

“Every parent should be careful and keep dere eyes down to guide dere child/ward no matter how tight ur work schedule is, try ur best to send ur child to school urself, pick dem up urself nd avoid useless errands for now becos d world is becoming something else everyday, ” the witness said.

“What God cannot do does not exist.Dis children were rescued nw, at mango estate elelenwo from d hand of dis woman who kidnapped nd kept dem in her house, but one of d child escaped nd informed pple around. When dey broke in dey found 6 children all hands tied to dere back with one already dead” 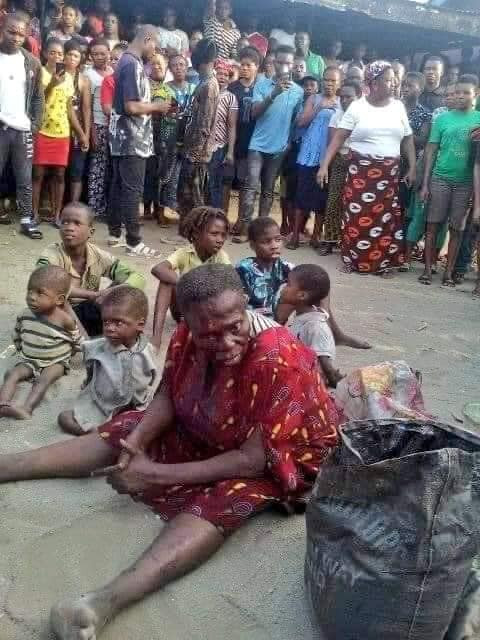 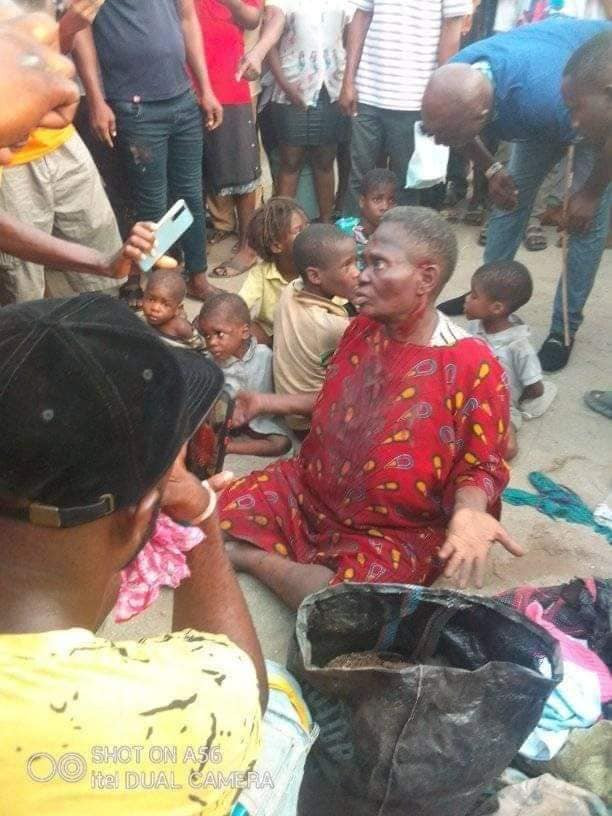 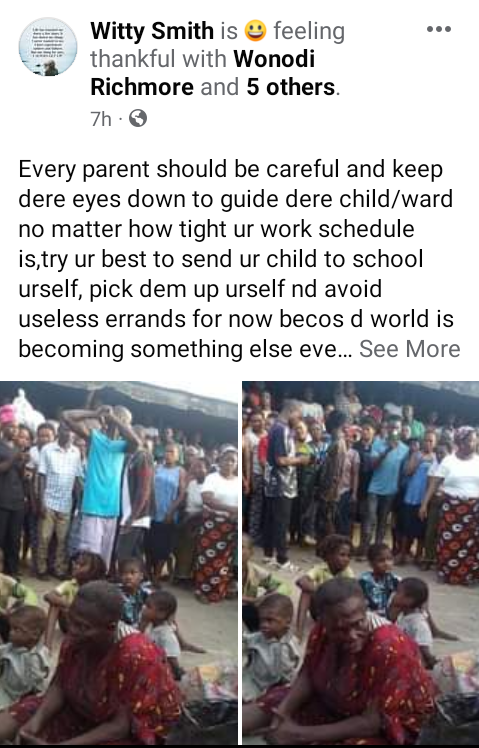 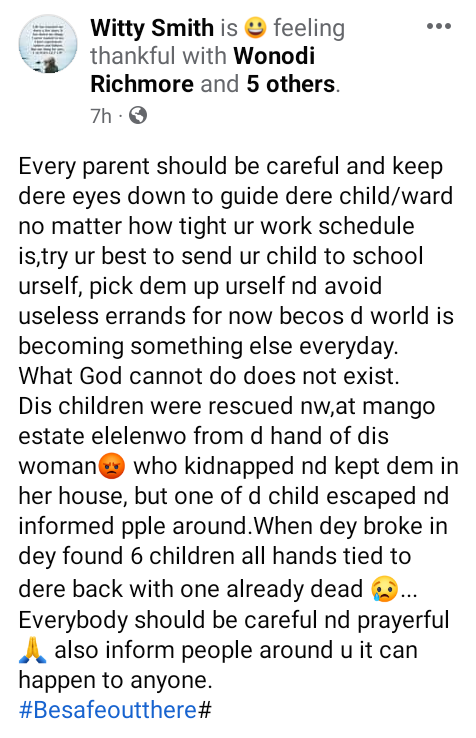