Actress Takor Veronica has been found dead in a hotel room in Benue state one week after celebrating her birthday.

Veronica was found dead in a hotel room at Nyinma area of Makurdi, Benue State, just after celebrating her birthday on March 12.

Circumstances surrounding her death are still sketchy but the state police spokesperson, SP Catherine Anene said three suspects have been arrested in connection with the case.

“There is a death report of a lady in a hotel but details will come from doctors; we did not see marks of violence on her body. So, the autopsy will reveal the cause of the death. The person that died was dressed; we didn’t see marks on her body meaning there were no injuries.

Three suspects were arrested in connection with this case, so they will give us details. We can’t say it is a case of murder because we didn’t see marks of violence”

Friends have now taken to social media platforms to pen down tributes to the late actress. Ann Abayol wrote;

This world, people talk or post about what they don’t know. But VERONICA TAKOR God knows all that happened and you will surely get Justice.

Kaiiii, this life is just nothing ooo! Last year 12th March we celebrated your birthday and this year your birthday celebration ends in death  Hmmm!!! What a wicked world we leave in, the heart of a man is desperately wicked, you were indeed a humble girl that is always smiling with everyone around, those evil people that did this to you will surely be pushed. May God grant you eternal Rest in heaven with him and May He console your entire family. We will for ever miss you our vibrate actress 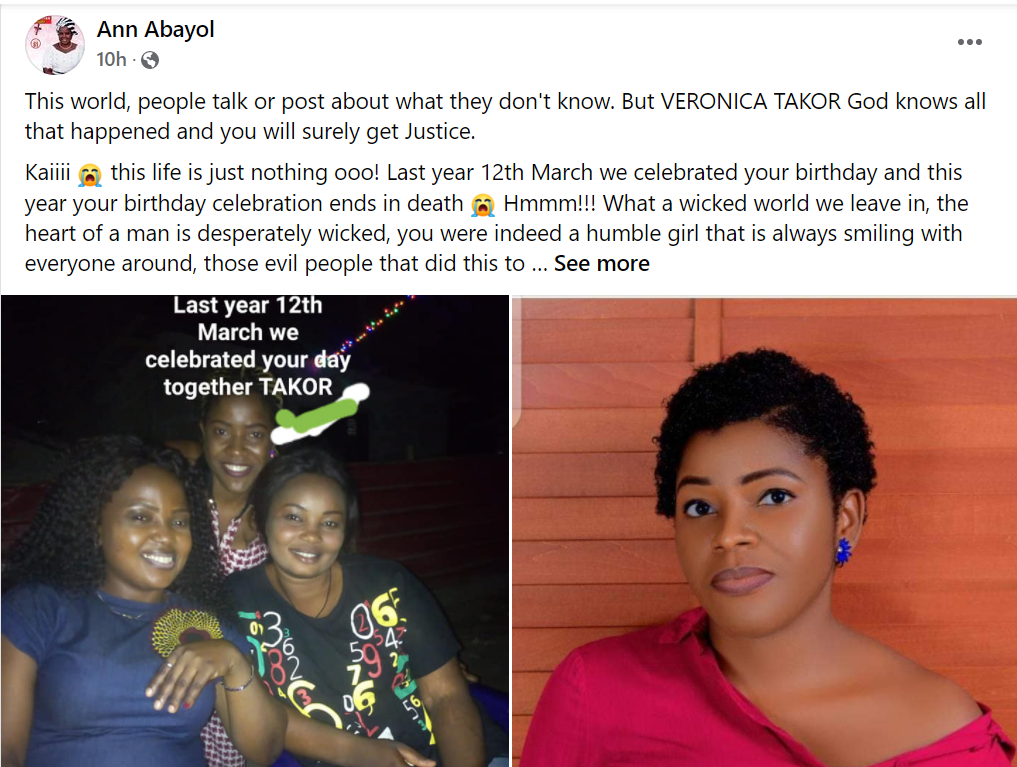 Your death has made me believe there’s nothing in life. Last week we celebrated your birthday and today I’m being forced to type RIP.

Death where is thy sting

Death where is thy glory

Death you are wicked

Why would the good die Young

Faculty of sciences miss u

I miss you personally Vera

May angels welcome u to the heavenly Jerusalem

May ur Killers never find peace 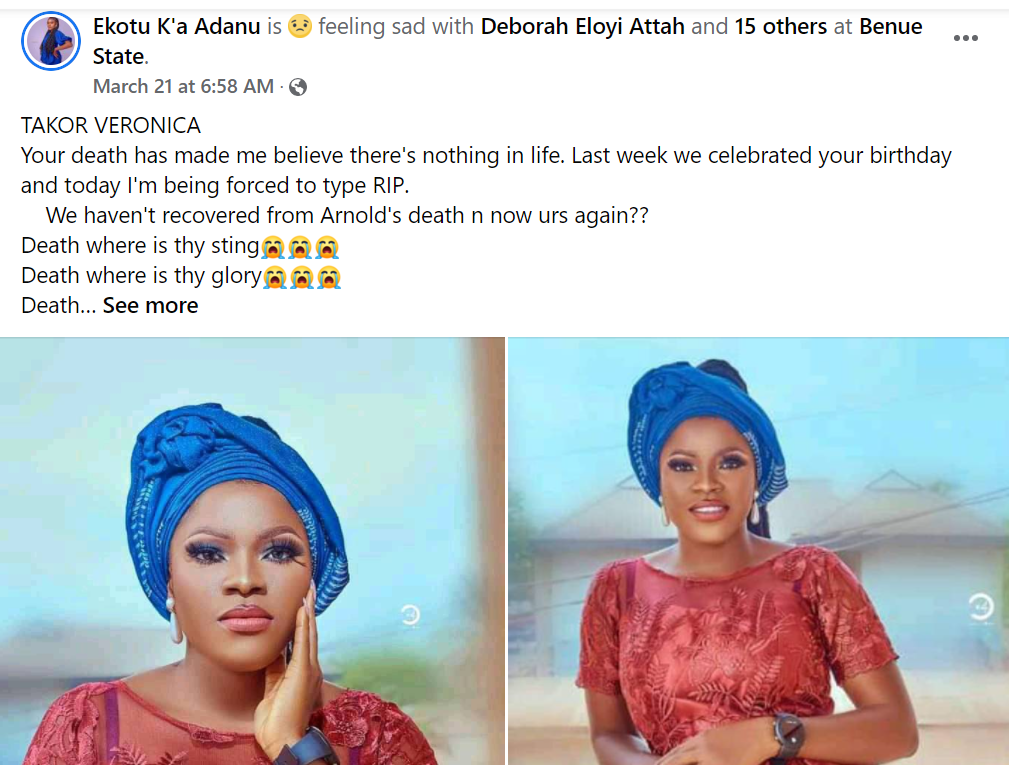 Faith Morey confirms her marriage to her husband, Randy Morey, has ended as she reveals she has outgrown posing nude as a model

Larissa London shares photos of her son, allegedly fathered by Davido, as he turns 2

You are a potential rapist – BBNaija star, Ifu Ennada calls out men who send unsolicited dick photos to her

Ebuka celebrates his mother on her 75th birthday