Gloria Okolie, 21, has perfected her bail conditions and regained her freedom, 9 months after she was arrested and detained over alleged IPOB connection.

Gloria Okolie was arrested on June 17, 2021, by the operatives of the Inspector-General of Police’s Intelligence Response Team (IRT) in Imo State, over allegations of spying for the Indigenous People of Biafra (IPOB).

Okolie was accused of an offence bordering on terrorism for allegedly being friends with a suspected member of IPOB. 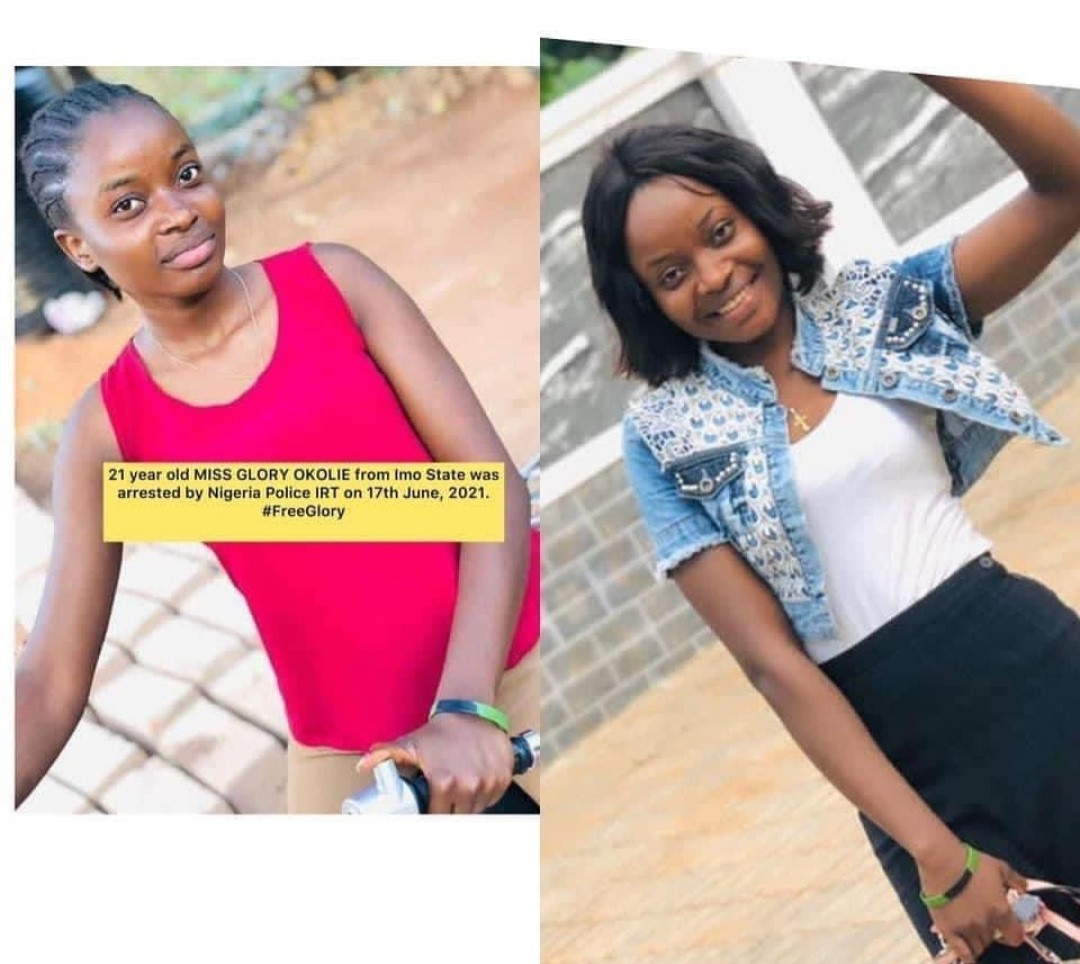 On November 23, 2021, a Federal High Court sitting in Abuja granted bail to Gloria Okolie in the sum of N10million with two sureties.

Ruling on the bail application, the presiding judge, Justice Taiwo Taiwo admitted her to bail with sureties one of whom must be at least a level-14 Civil Servant while the other must own landed property and must have lived at the present address for at least 2 years.

She was later transferred to Abuja, despite efforts by her family members to secure her release.

Okolie and her co-defendant had remained in Suleja Correctional Centre custody pending the fulfilment of their bail conditions.

All holidays in Nigeria should be cancelled – Dangote’s son-in-law, Jamil Abubakar