Debo Adedayo,  better known as Mr Macaroni, has revealed that he went to 4 different universities before he graduated.

He started at Lead City where he was studying law, before the school had accreditation issues and he left for Houdegbe North American Universitu in Cotonou. He was also studying law there but had to leave after he caused “small trouble”.

He then went to Afe Babalola University. While there, he decided that he was tired of studying Law and wanted to move to Theatre Arts so he left the school and went to Redeemers’ University to study Theatre arts.

He said “small wahala” also happened there but he managed to graduate from the school and got his certificate.

Read his story below. 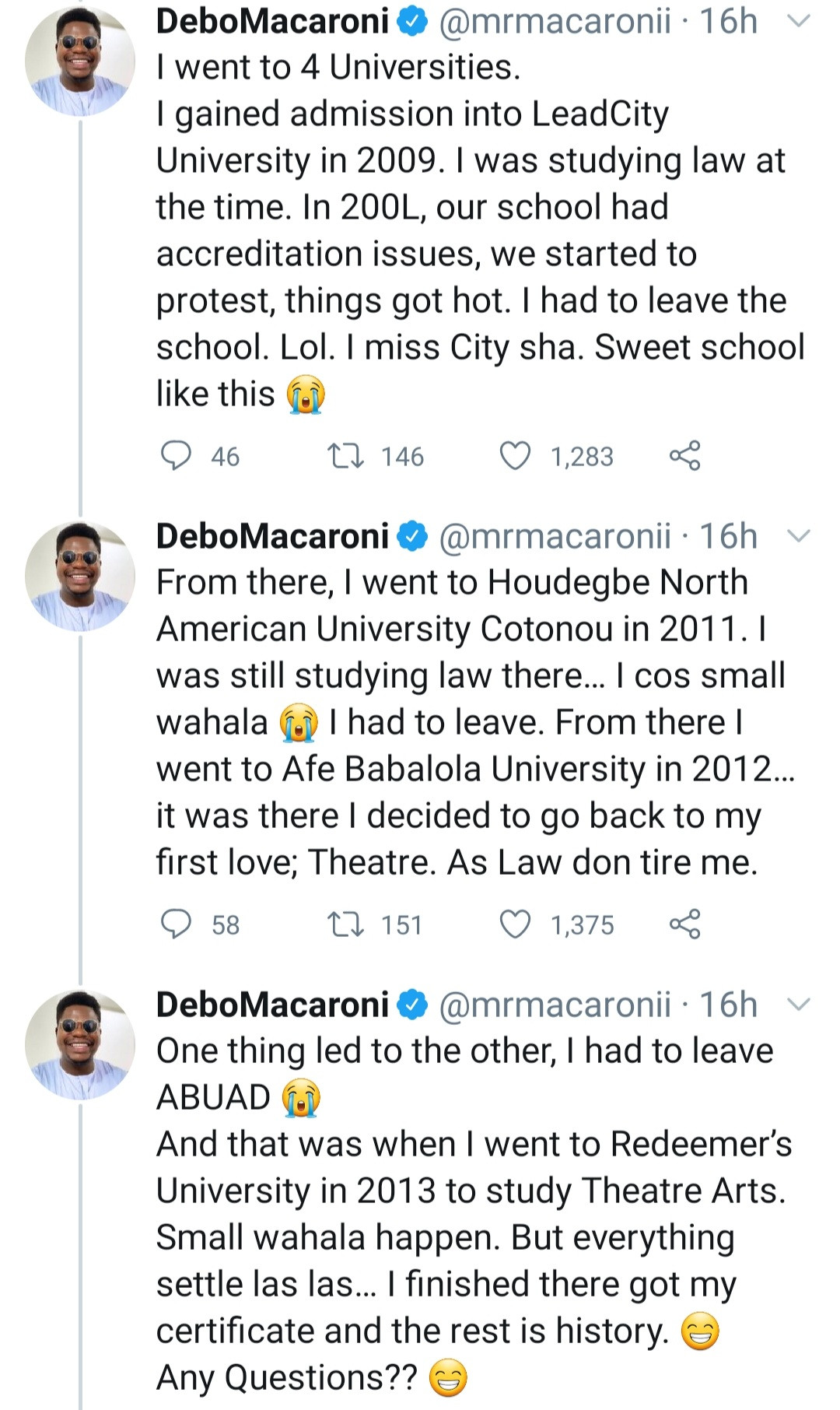 So that unreasonable human being finally put off a shining light – Gospel singer, Frank Edwards speaks on Osinachi Nwacukwu’s passing

“Are you mad? There is no part of African culture that encourages violence against women and children” – Seun Kuti tells violent men