According to ThisDay, the bandits stormed the community on Wednesday night, March 30, inflicting damage on residents and everything on sight.

Details about the attacks are still sketchy, however, a source in the area who confirmed the incident claimed that a custom officer identified as Muawiya Gambo and his son, Khaleefa, were among those allegedly aabducted.

One of the sources, who confirmed the development, said the terrorists invaded the community at about 10pm yesterday, even though he could not give details of what happened.

“Yes, there was heavy attack in Low Cost area at about 10pm. I cannot say whether some people were abducted or not because I have no such details now. I will give you the details tomorrow,” he said.

According to the publication, the criminals, who were in large numbers, stormed the area and started shooting sporadically, before making away with some people.

When contacted, Spokesman of the Kaduna State Police Command, Mohammed Jalige, said, he was not aware of the incident as he was yet to receive any report on the development.

“I cannot confirm it because I have not received any report on the incident, but I will contact our men in the area and find out,” he said. 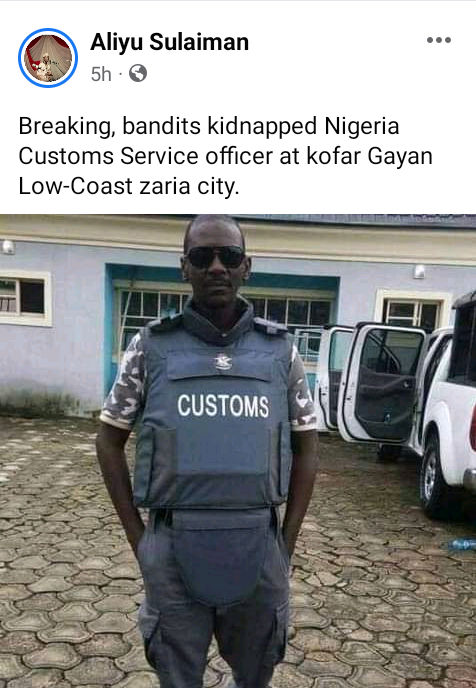 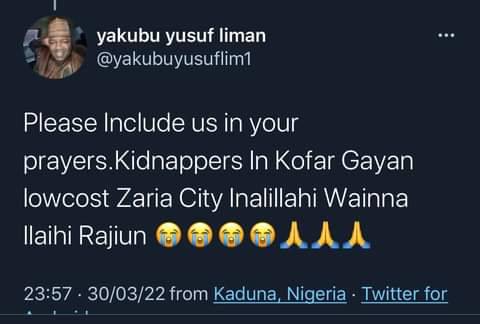