Singer Seun Kuti has reacted after Minister of transportation, Rotimi Amaechi said it will cost more than N3 billion to fix the damages caused by the Abuja-Kaduna train attack.

The Minister, who stated this while speaking to reporters after visiting the scene of the attack, said the unfortunate event could have been avoided if a N3 billion digital security equipment had been acquired. 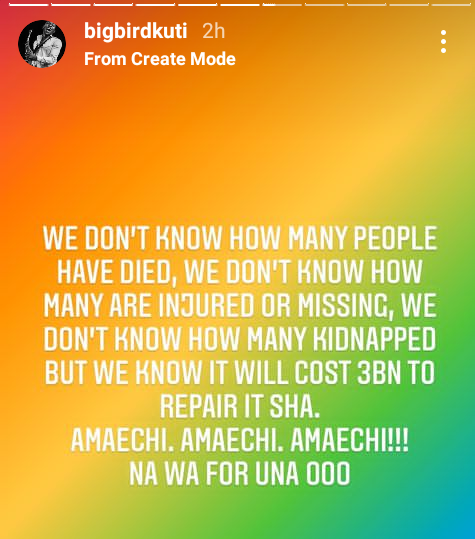 My husband changed after we applied for his Green card. He wasn’t kissing me, wasn’t touching me, for a whole year – American wife of comedian Mr Patrick calls him out

There is so much anger and frustration in the land. This jungle justice trend needs to stop – Actor Alex Ekubo

“Should I tell my story?” Yul Edochie’s second wife Judy asks as she tells her followers that “life is deep”