Boma Douglas,  the daughter-in-law of Joke Silva and Olu Jacob’s, has said she is still married to their son Olusoji Jacobs.

The mother-of-one, while answering questions on Instagram had said that she is no longer married to Soji.

When told that what God cannot do does not exist, she agreed but said there are some things she doesn’t want God to do.

After her post made news headlines, she made a U-turn and said she was just responding sarcastically to people who were making insensitive inquiries about her marriage.

She added that she is still married to Olusoji Jacobs and her intial post was just humour and sarcasm. 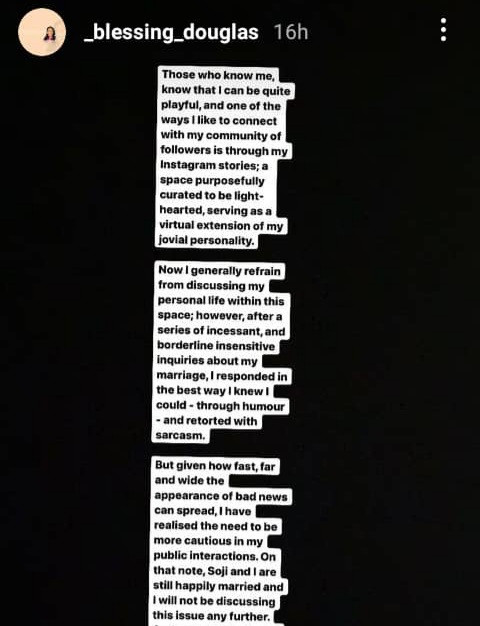 Singer, Davido takes delivery of the Lamborghini Aventador he bought for himself as a Christmas present last December (video)