The Nigerian police have re-arrested 21-year-old Glory Okolie shortly after she got out of the Suleja correctional centre in Niger State.

She was arrested last year and detained over claims she’s an IPOB spy.

However, she has been arrested again by the Imo State Police Command acting through the Divisional Police Officer of Shell Police Station.

Reacting, Reno asked why Gloria has been arrested over allegations that she’s an IPOB spy, yet Sheikh Gumi who meets with bandits and negotiates on their behalf has never been arrested. 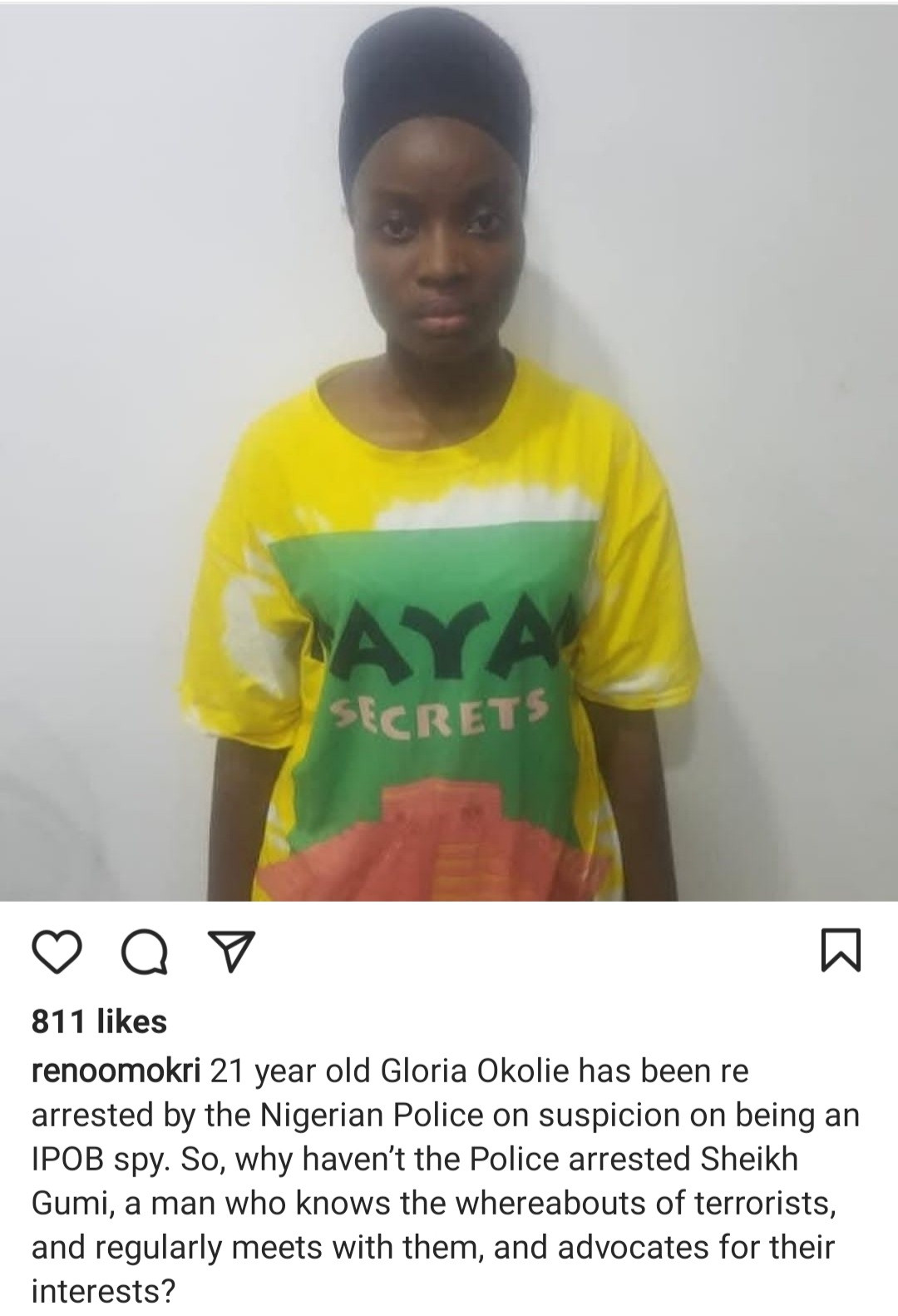 “I have not seen a man with 2 or 3 wives that has been stabbed to death – Nigerian activist, Kola Edokpayi says as he calls on churches to adopt polygamy