A tourist was gruesomely impaled in the neck by a foot-long needlefish in a horrific attack while swimming off the coast of Thailand.

Noppadol Sringam was swimming with friends at the popular Ao Tan Khu beach, a popular tourist destination in the southeastern region, when he was impaled in his neck.

Pictures have been released of him lying in a hospital bed with the fish still in his neck.

Witnesses of the gruesome attack said they heard Noppadol desperately scream for help from the water before a brave passerby swam out and dragged him back to shore. 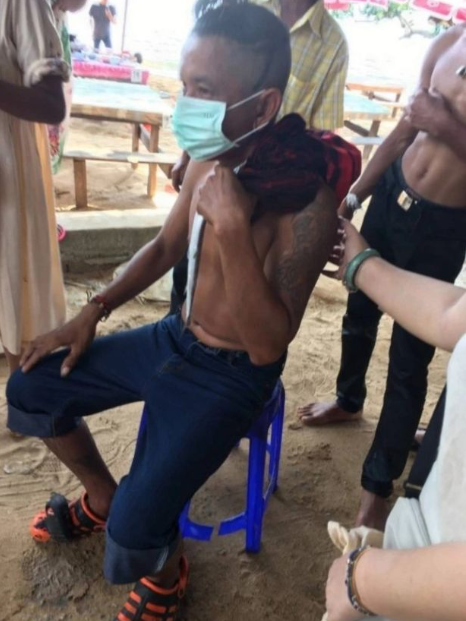 He was then given first aid before being rushed to the local hospital in Trat.

This is the first time a needlefish has been seen in Ao Tan Khu.

Local official Suchart Jitmungmanotham has urged visitors to take extra caution while swimming in the areas and more officers have been posted around the beach to ensure safety.

“I need to get myself a nuclear bomb” – Comedian, Basketmouth sends warning to boys as he celebrates his first daughter on her birthday