Two children lost their lives in a fatal motor accident that occurred along Ipetu-Ijesa/Ilesa road in Osun State.

The accident which involved two vehicles, a truck and a Nissan Premia with registration number, WEN 397 AA, occurred seven kilometres from Iwaraja junction at about 2.44 p.m on Sunday, April 3.

The spokesperson of Osun Command of the Federal Road Safety Commission (FRSC), Agnes Ogungbemi, said two children lost their lives and four others were seriously injured in the fatal accident.

“The accident occurred due to speeding, tyre burst and total disobedience to road traffic regulations by the motorists involved,”

According to the statement, there was a tyre burst in one of the vehicles leading to loss of control before the accident happened.

She said that the command would sanction any motorist found violating the traffic rules and regulations.

The spokesperson said the corpses have been deposited at the morgue of the Wesley Guild Hospital, Ilesa, while the injured victims were taken to the same hospital for treatment. 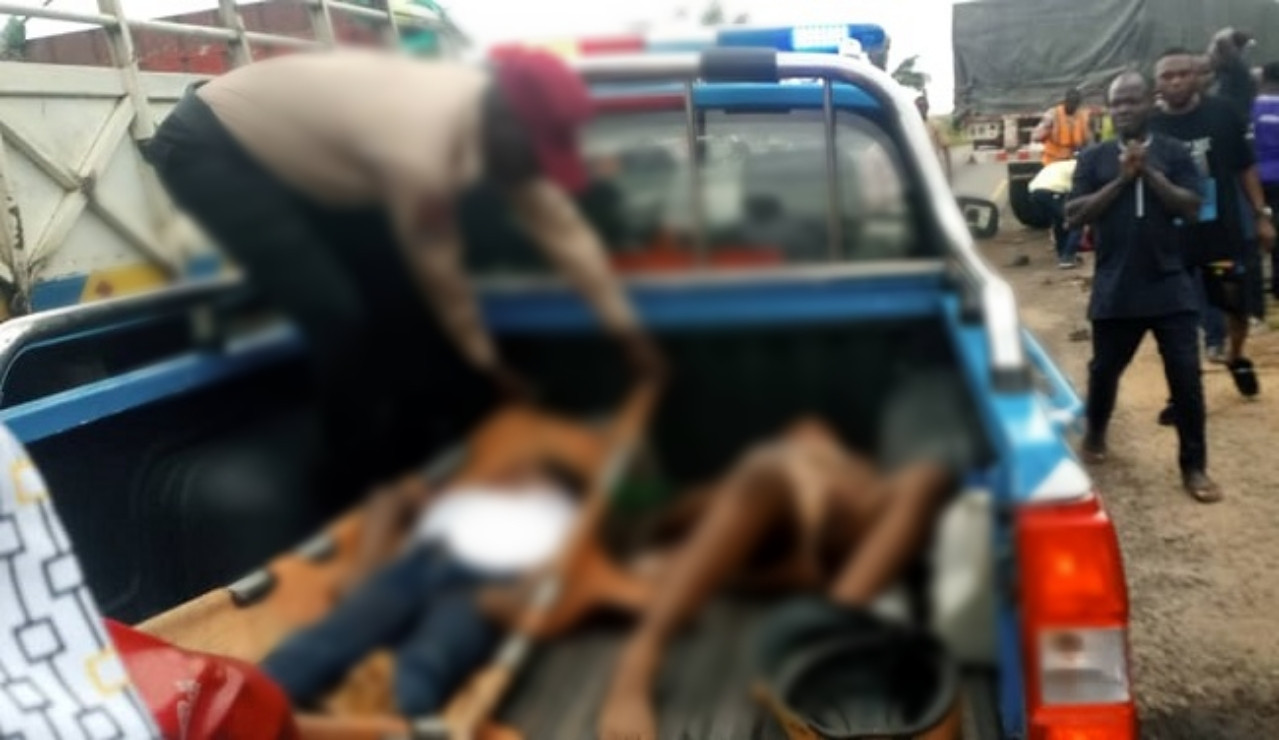 “I get coconut head. I dey disturb Nigeria” – Intersex right activist says as she shares photo of her NIN card with “X” gender designation

Too much information, too much defending, too much of everything is bad – Actress Sonia Ogiri asks her colleague Nkechi Blessing Sunday, to ignore her ex