Two suspected members of an armed robbery syndicate that specialize in dispossessing unsuspecting drivers of their tricycles, popularly called Keke NAPEP, have been arrested by the Rivers State Police Command.

The suspects were identified as Steve Green, aged 38, and one Adaugo Darlington, a female who usually pretends to be pregnant to attract sympathy.

Confirming the arrest in a statement on Monday, April 4, 2022, the acting Police Public Relations Officer in the state, DSP Grace Iringe-Koko said that the mode of operation of the suspects was to pose as passengers, attack the drivers with knives and machetes and push them down while still in motion, escaping with the tricycles.

She said luck ran out on them on Thursday, March 31 along Rumunduru Eneka in Obio/Akpor Local Government Area, when police operatives of Eneka Division, saw their last victim, one Lasisi Akeem while on routine patrol.

The victim, who was found with machete cuts and had been dispossessed of his tricycle, but was able to describe it and the suspects.

The PPRO said that the police operatives promptly went after the suspects and caught up with two of them, recovering the tricycle.

She added that the victim was rushed to the hospital for medical treatment while efforts were ongoing to nab two others who escaped. 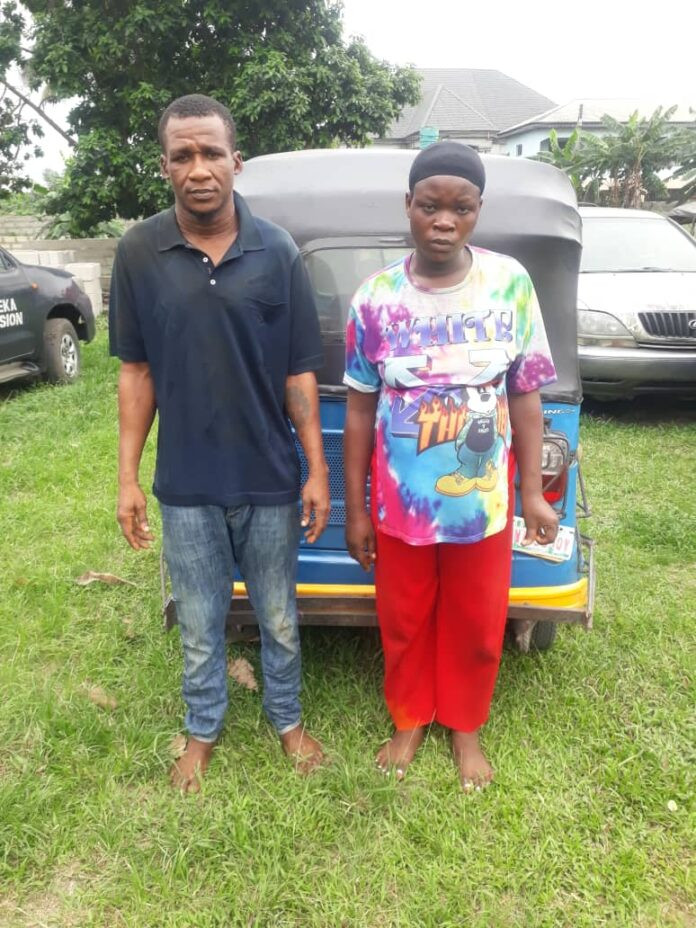