A 4-year-old boy miraculously survived a six-story fall from his family’s apartment window on Tuesday, April 5 officials and witnesses have said.

The child fell from the apartment window in Morris Avenue, Brooklyn, New York at 12:45 p.m.

As he landed on a patch of grass, shocked witnesses couldn’t believe he was alive. 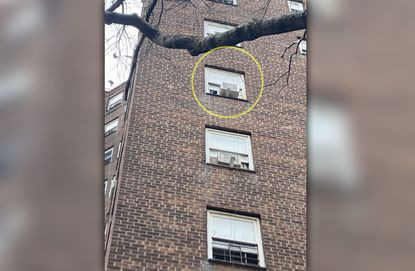 “It was a miracle that he fell in this grass,” Juanita Kelsey, 57, who witnessed the aftermath, told the Daily News.

“That boy was still moving and he was fighting. I mean God is good, that’s all I can say.”

Police shocked to see the boy alive, put the child in an NYPD van and rushed him to Lincoln Hospital about two blocks away.

Investigations by the police department is ongoing to determine how the child fell out of the window.

Are you the first man to be dumped, leave me alone – Nkechi Blessing Sunday fires back at her ex-boyfriend, David Falegan over claim of her wearing same panties for days (video)