A man fortunately escaped death after a huge billboard fell on top of commercial tricycle commonly called Keke in Ikeja area of Lagos.

The incident happened along Kudirat Abiola Way before Oluyole bus stop, Oregun at about 8 am on Wednesday, April 6. No live was lost.

The billboard blocked the both sides of the roads leading to massive gridlock.

However, LASAA officials have removed the billboard. 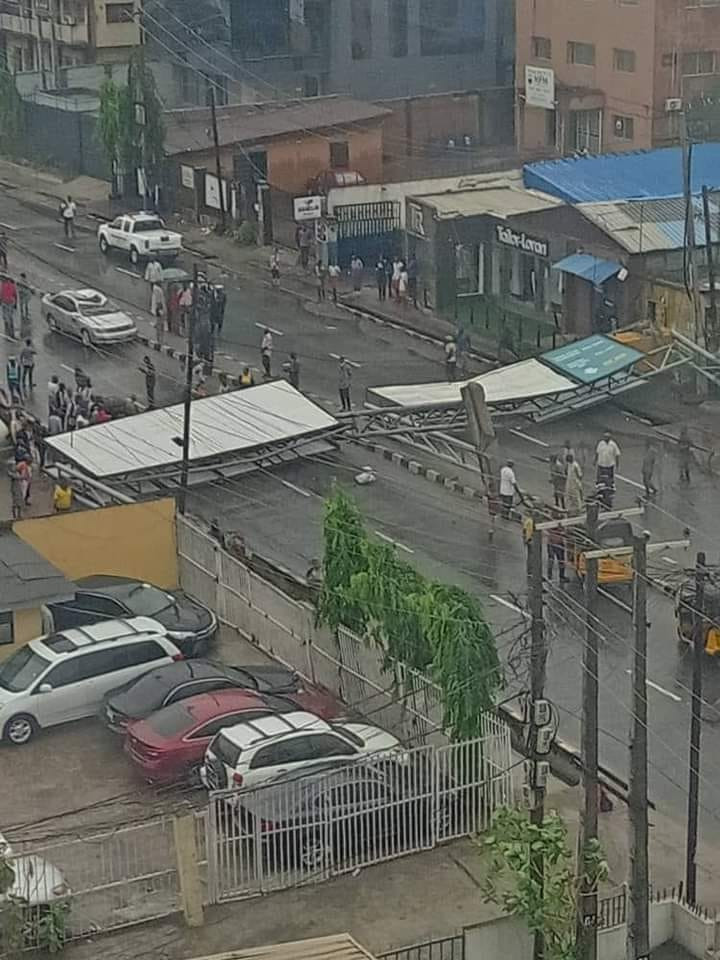 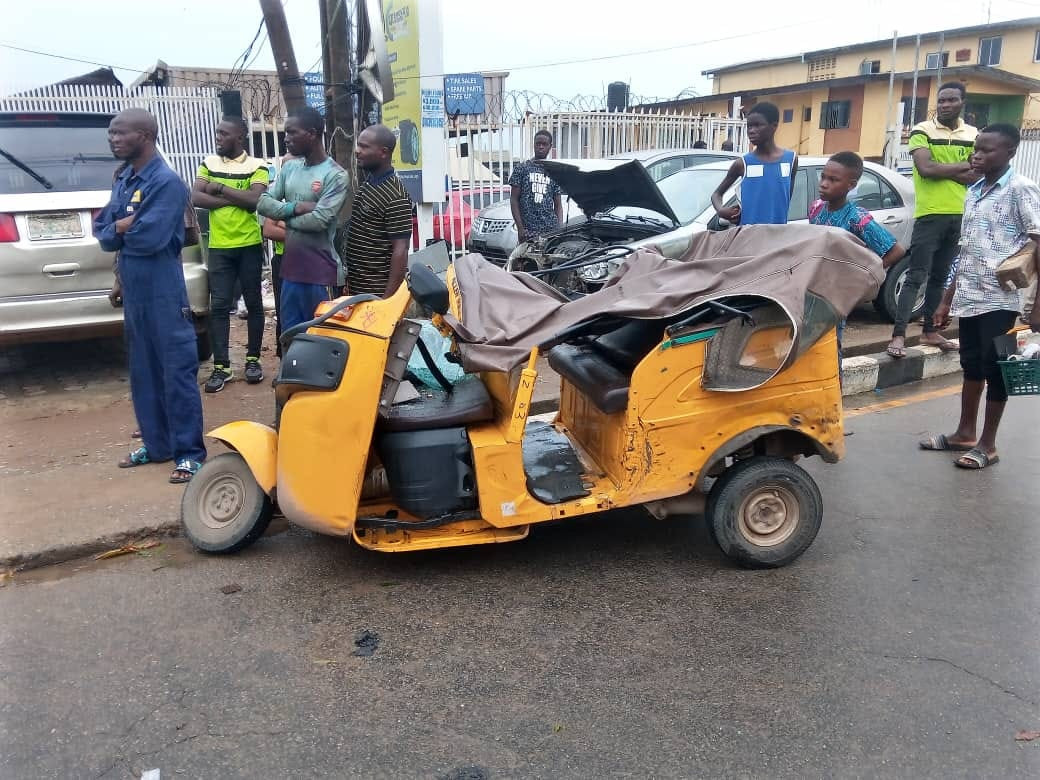 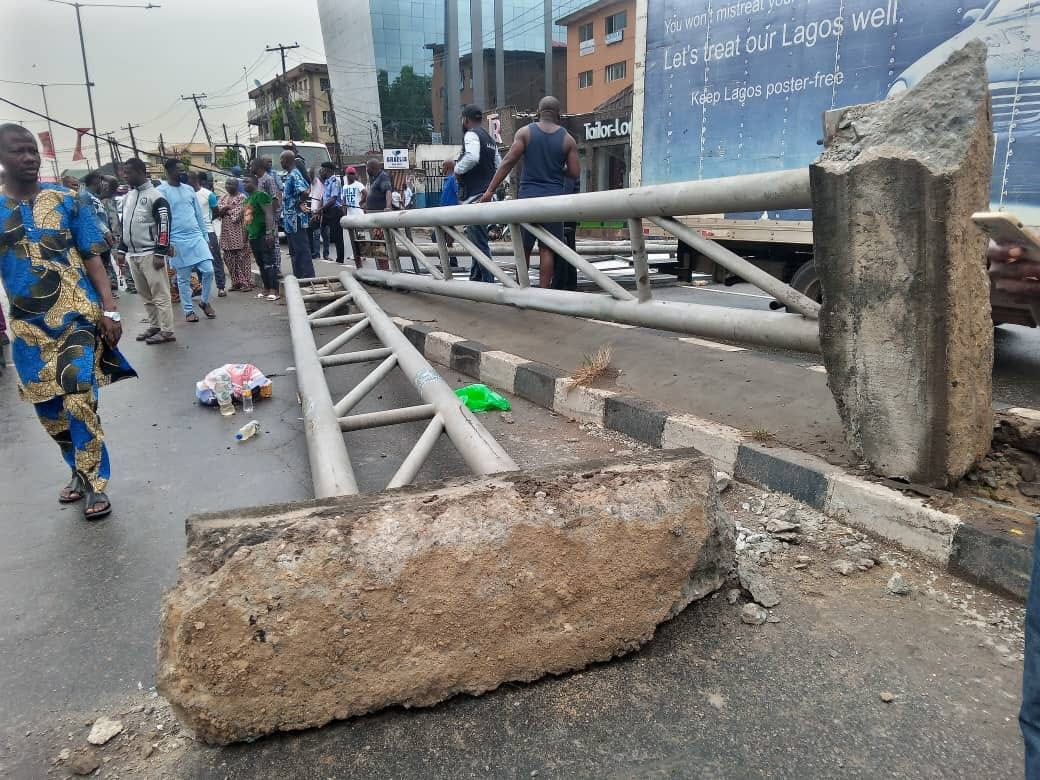 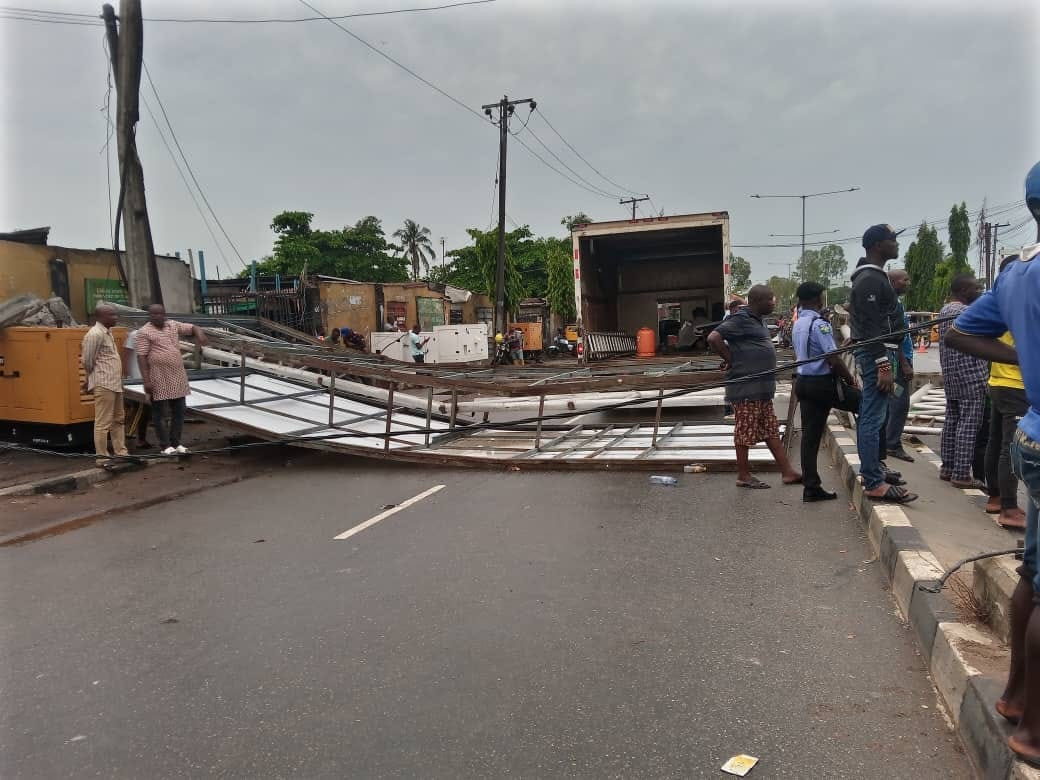 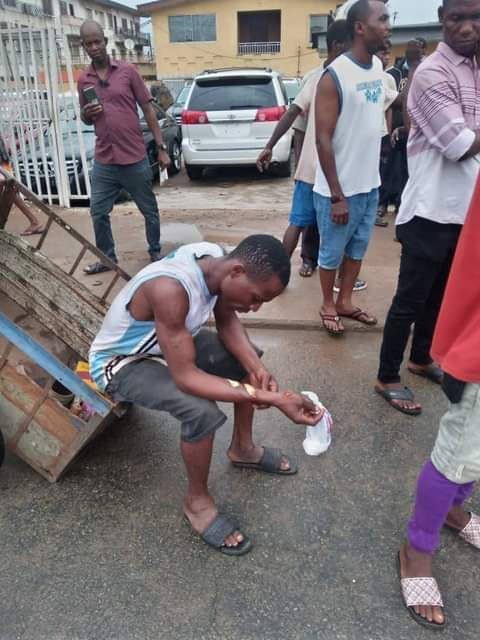 If our grievances are not properly addressed, we should not be criticized for addressing them ourselves – Imam of National Mosque tweets hours after murder of Sokoto student