Leke Adeboye who is one of the sons of the general overseer of the Redeemed Christian Church of God, Pastor Enoch Adeboye, was on Wednesday, April 6, made to face a three-man panel over his recent comment describing some pastors of the church as Goats.

On Tuesday, April 5, Leke shared a post on his Instagram page where he criticised Pastors who deliver their own sermons on the first Sunday of every month after his father must have delivered one that had been broadcasted across all parishes in the country.

Reacting to this development, Leke in his post wrote;

“Why would you go and preach another sermon after Daddy GO (General Overseer) had just finished speaking and preaching? You are not a son, you are a goat sir. Next Thanksgiving service, just do altar call, then Thanksgiving” 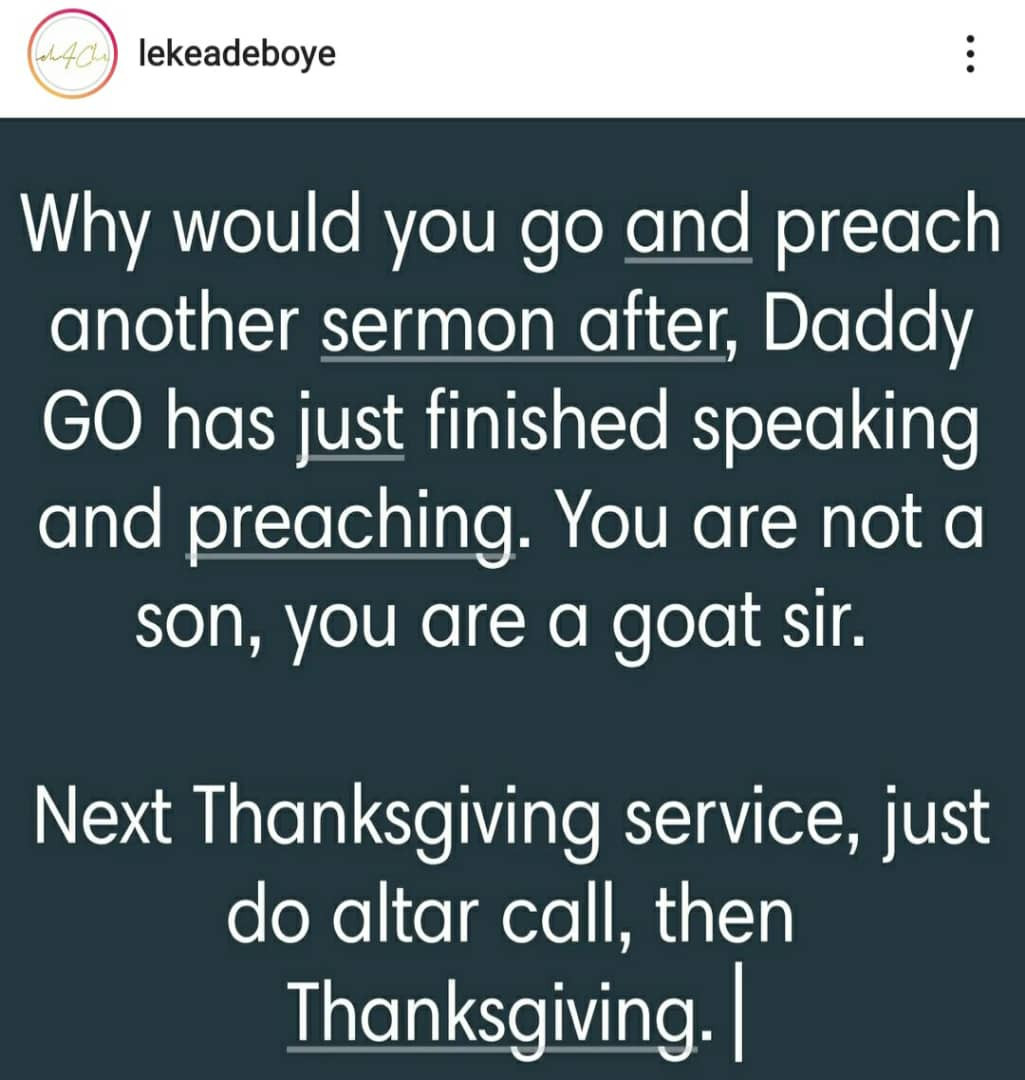 He received serious backlash for referring to the clergymen as goats.

Sahara Reporters reports that Leke was made to stand before a three-man panel on Wednesday which included his father-in-law, and was asked never to repeat such again after he had vehemently and arrogantly said he would not apologize for the insulting comments made against senior pastors of the church.

“Leke Adeboye was made to face a panel today (Wednesday) for insulting pastors and calling them goats. The three-man panel, unfortunately, did not punish him or ask him to apologise. One of the members of the panel is his father-in-law.

He arrogantly told off the panel that he cannot apologise. And what did they do? They only told him to not repeat it again”sources within the church were quoted as saying

Leke has since deleted the post from his IG page and has not also tendered a public apology to the pastors.

Twitter stories: Man in tears after his sister broke up with her boyfriend who was supposed to take him abroad next month

Court acquits lecturer of rape and death of 13-year-old Ochanya; convicts his wife for failing to protect the minor