A hit-and-run bus driver has killed a yet-to-be-identified man in Ikorodu area of Lagos State.

According to a Facebook user, Danny, the accident happened along Eleshin road on Thursday night, April 8.

He said they don’t know the victim’s family and no form of identification or phone was found on him.

“Happened on Eleshin road at the front of just for you eatery last night. It was a hit and run by a korope bus. We rushed him to St Raphael Hospital where they did their best to save him but he gave up even on oxygen. We don’t know his family and no identity or phone on him. We are currently at igbogbo Police station trying to get the necessary approval to have him deposited at general hospital mortuary.” 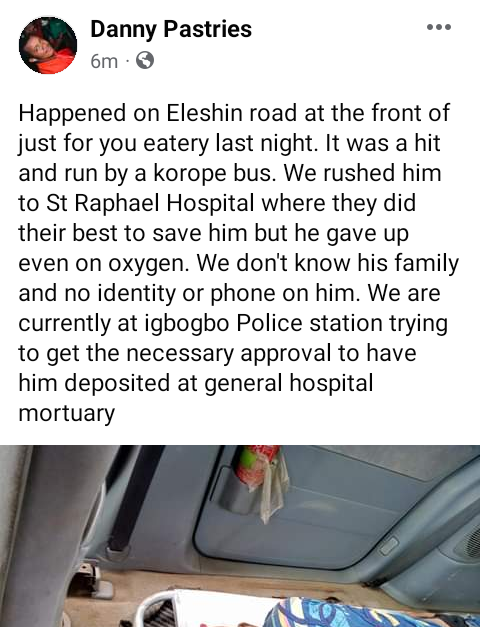 Boko Haram members release video of now released BoA MD when he was in their captivity, say they released him because he is old