Blessing Okoro has responded to Paul Okoye after he accused women of announcing to the world when they feed a man.

Paul said a man will take care of a woman multiple times and won’t say a word but once a woman buys maggi to add to the soup, she tells the world she’s been feeding g the man.

Blessing responded, telling Paul that it’s because it’s the duty of men to provide. She added that it’s the same way women cook and clean often but once a man does the dishes, he tells the world he’s been turned into a house boy. 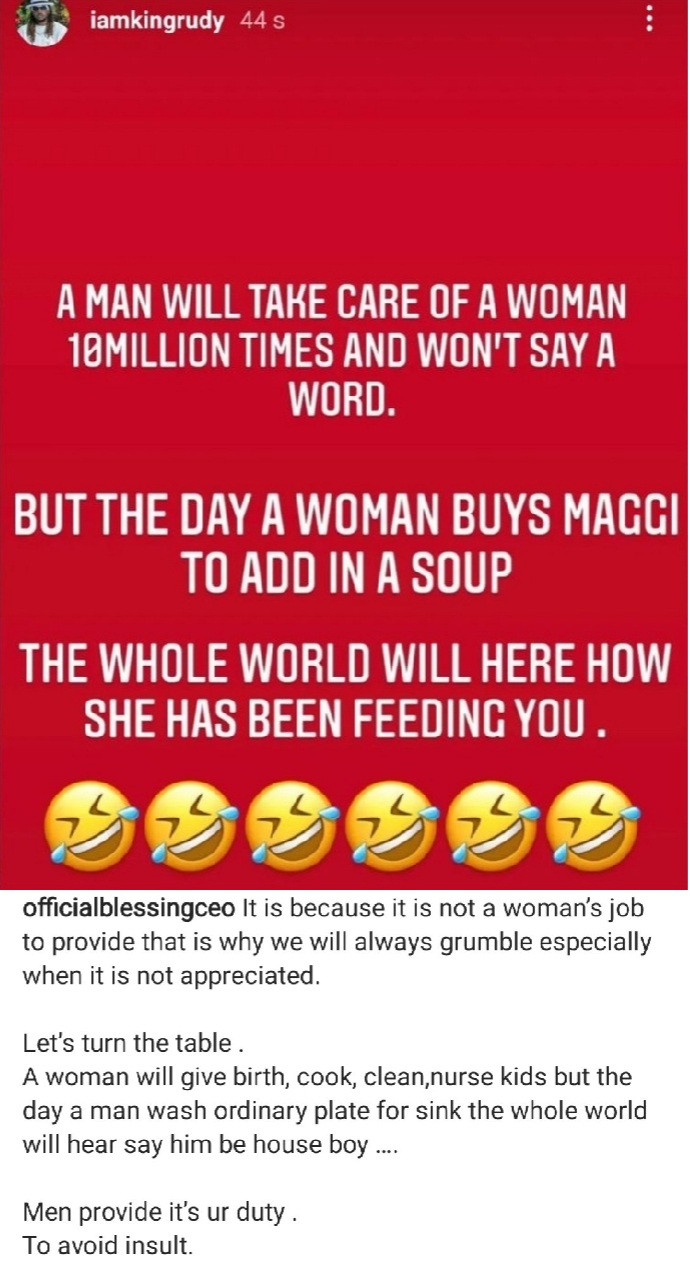 Ebuka celebrates his mother on her 75th birthday

Everybody shouting and insulting me for marrying a second wife don’t live in my house, they don’t know the root – Yul Edochie (video)