Frank in his post stated that an “Unreasonable human being” put off Osinachi’s shinning light. He wrote;

”So that Unreasonable human being finally put off a shining light. I won’t say much now , I’ll let the former Nddc director ( AUNTY Joy ) who did everything possible to stop this from happening talk 1st, but it still happened. we tried to stop this” 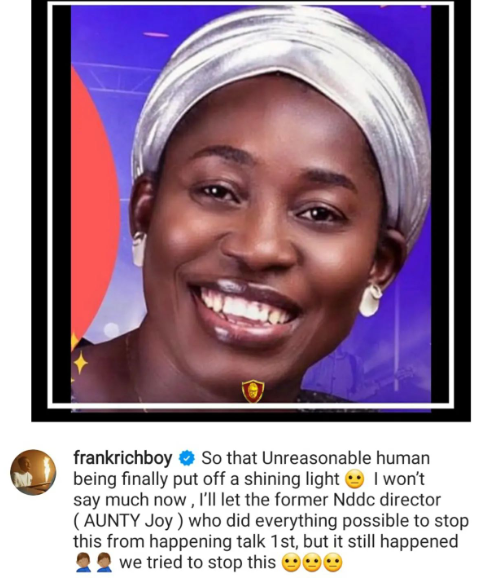 This comes amidst unconfirmed reports claiming late Osinachi suffered domestic violence in her marriage and this led to her death. Multiple sources claim her husband allegedly beat her all through the years they were married. 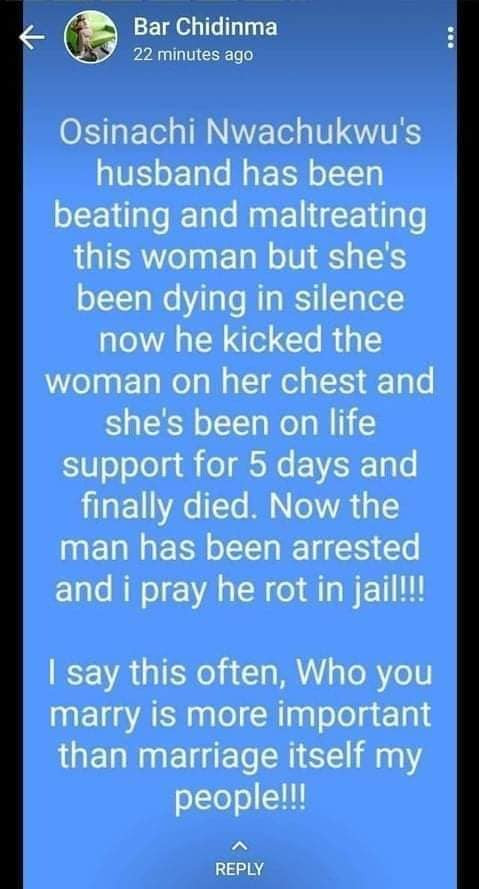 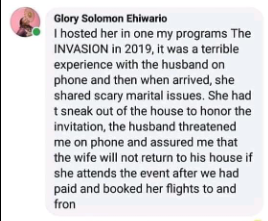 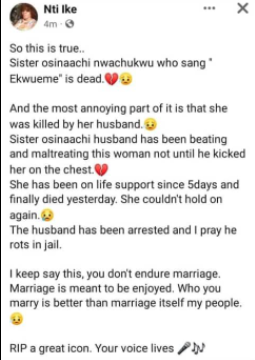 The mother of four died in an Abuja-based hospital on Friday, April 8.

Yul Edochie’s second wife is slammed by followers after she referred to herself as “Queen Bathsheba, wife of the great king”

If your husband is in “industreet” be wary, a lot of men in entertainment industry will soon find themselves in Yul’s situation – Shade Ladipo