A 35-year-old Kenyan man, Bernard Musyoki has praised the sexual prowess of his 70-year-old American wife.

Speaking with a local publication, Musyoki who married Deborah Jan Spicer in February 2020 after meeting on Facebook, said his wife is very active and romantic in bed.

“People have been asking whether I and my wife enjoy an intimate relationship… Yes, we do a lot. Actually she is ever ready. My wife is very romantic. She always feel 29, not 70,” he said.

“Deborah is very active sexually… I can hardly keep up with her.”  he added.

The Kenyan man also revealed he was in three relationships which didn’t work before meeting Deborah.

“My first girlfriend we met in 2016. We lived together for about two years but she was very demanding,” he said.

“The second one was with a Luo lady in Mombasa…we lost contact when she travelled upcountry with a one-year-old little boy which I believe was my son. It’s been more than ten years now. I think wherever she is she got married.

A few months before he met Deborah, Musyoki revealed he was dating a German woman, a divorcee, who used to foot his bills.

“She was 50 when we met on Facebook back in 2016. She used to spoil me. She bought me a nice motorcycle and a mountain bike before we parted ways,” he said. 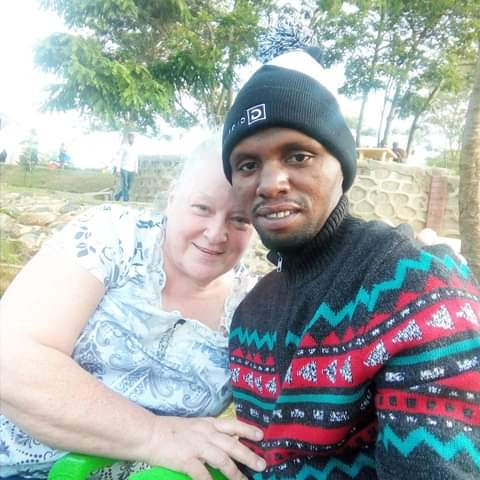