A Nigerian man has revealed that he found out his wife is in love with another man after 30 years of marriage and four kids.

He said he has now left his marriage and his wife has married the man he caught her with.

“I just wasted 30 years of my life with a devil,” the man wrote on Twitter.

He revealed that he just left court on April 5 after his ex-wife and her new husband sued him for threatening her.

“Marriage is a fraud,” he added.

See the rest of his tweets below. 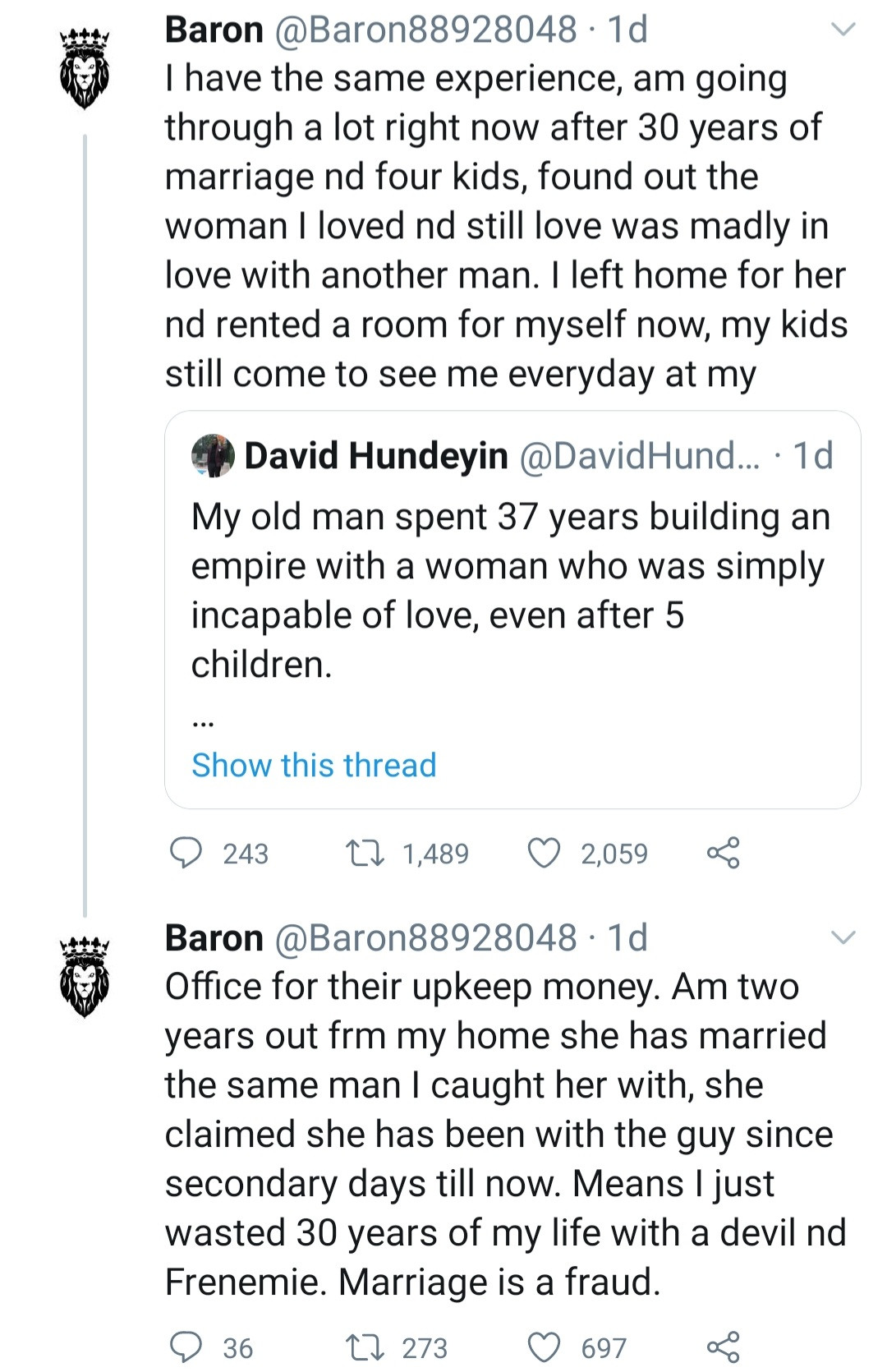 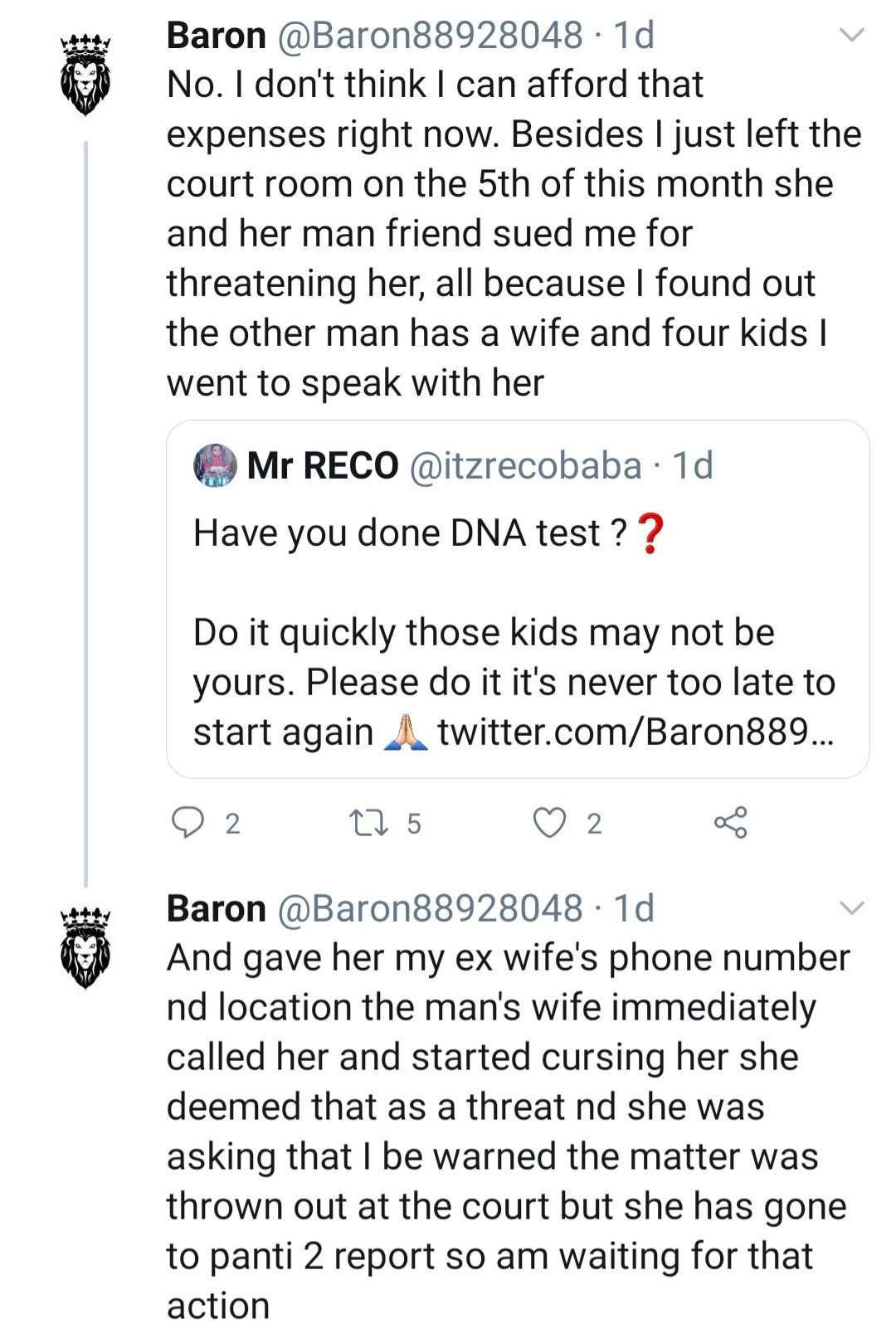 Rotimi Amaechi says the elite are the problem of Nigeria

“Why haven’t the police arrested Sheikh Gumi who knows the whereabouts of terrorists?” Reno asks as police rearrests 21-year-old Gloria Okolie on suspicion of being an IPOB spy