Orode Uduaghan, the daughter of former Delta State Governor, Emmanuel Uduaghan, has called out a popular social media pastor after he said gospel singer, Sister Osinachi Nwachukwu, suffered and died in the Lord.

Pastor Newton further said that perhaps, Osinachi stayed in the abusive marriage because God asked her to do so.

Reacting to the cleric’s post, Orode said that domestic violence is not what the Bible means by long suffering.

“This is a problem, a real problem! This culture of oppression disguised as Christianity is not of God. Stop it! Stop it!,” she said.

“Her own cup of suffering was to be beaten not for Christ but from a man’s ego or whatever his excuse was. Stop it!

“So you think God is happy she died in a domestic violence situation? He mourns and weeps for her. He is heartbroken. There is no where WELL DONE reward here. Only a heartbroke father has to receive his child home before her time.” 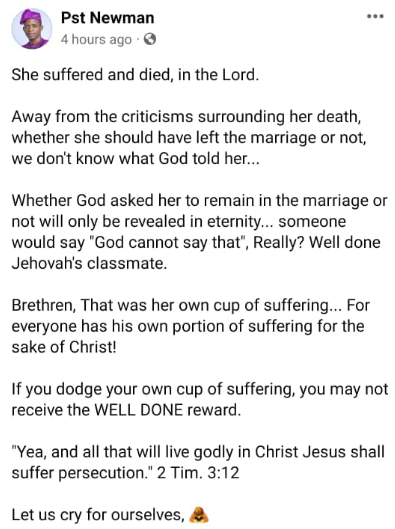 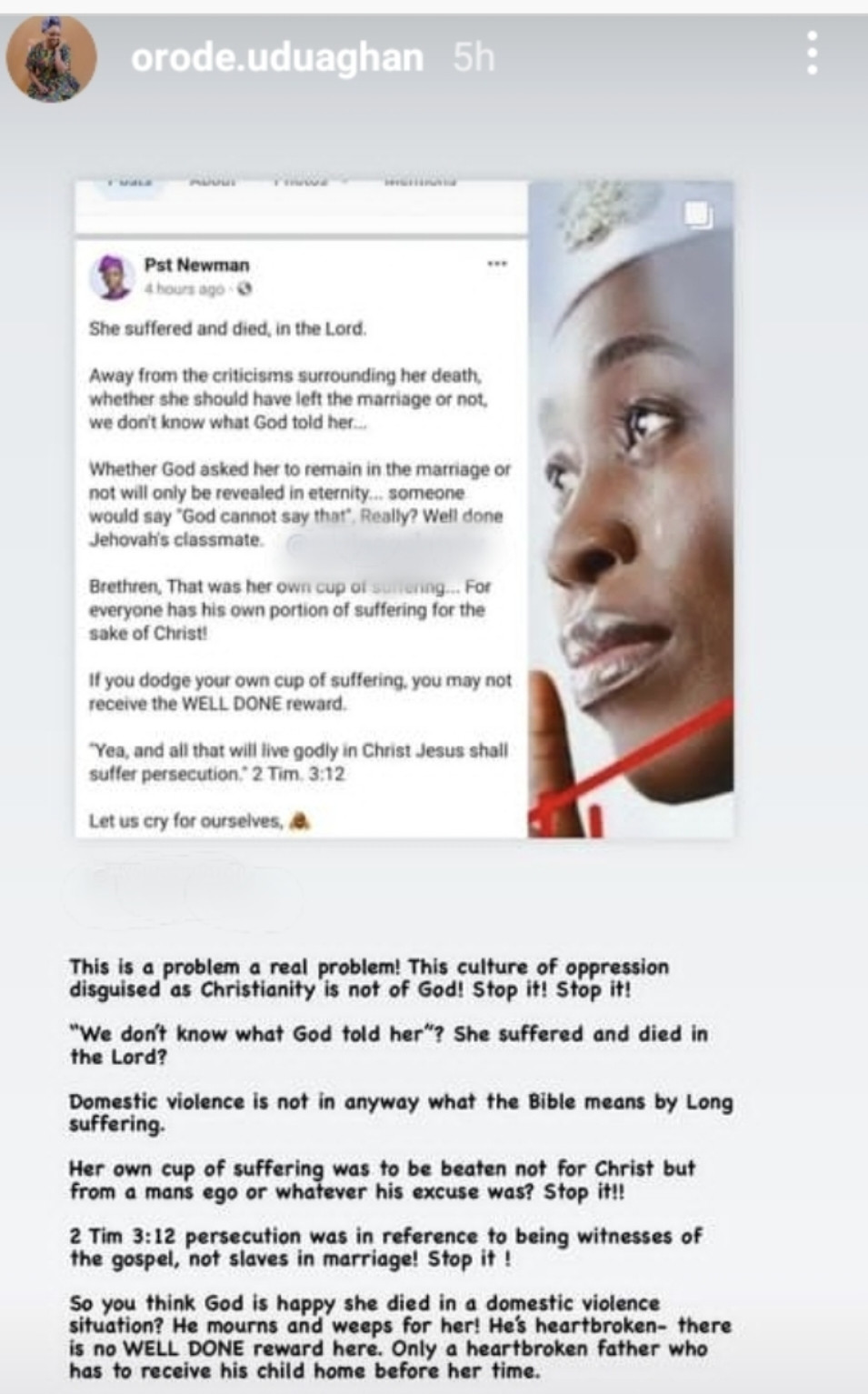 EFCC invited Obi Cubana for spending millions during his mother’s burial. If EFCC don’t invite any APC govt official that pays the ₦100 million APC Presidential nomination form for questioning, then they are biased – Reno Omokri

Nigerian man shares photo of car for sale on Twitter, another Twitter user shares proof of it being ‘stolen’

Presidency should be on merit and not zoning – Northern Elders’ Forum leader, Ango Abdullahi