Chioma Toplis has taken to Instagram to call out her ‘abusive father,’ while revealing that she will not attend his burial when he dies.

The London-based Nollywood actress, while giving her opinion on domestic violence, said she grew up with an abusive father and her mother is the “winner” for leaving alive.

Chioma, who is married to a white man and has three children, wrote on Instagram:

“I thought we are the only ones that have a U$ELE$$ father. He is an Elder in the church too.

“We are in the same boat, my mother left my father too for many reasons ranging from Laziness, lousiness, cheating, senselessness, foolishness, beating in fact Everything bad.

“Do you know what? She is the WINNER for leaving alive.

“I grew up wondering what the h€ll made my mother marry such an AWFUL man.

“I won’t even attend his burial even if I am in Nigeria talk more of crying. The most interesting part is none of my siblings will either. Except my brother the first son just to fulfill the native and custom law.

“Yes, he will defo die before us because he came to this world before US!

“N/B his burial will be nothing to write home about. Just open the ground and throw him in at the corner of our house beside the garden Oh Yes that is where he belongs!

“Of course he knows this already!” 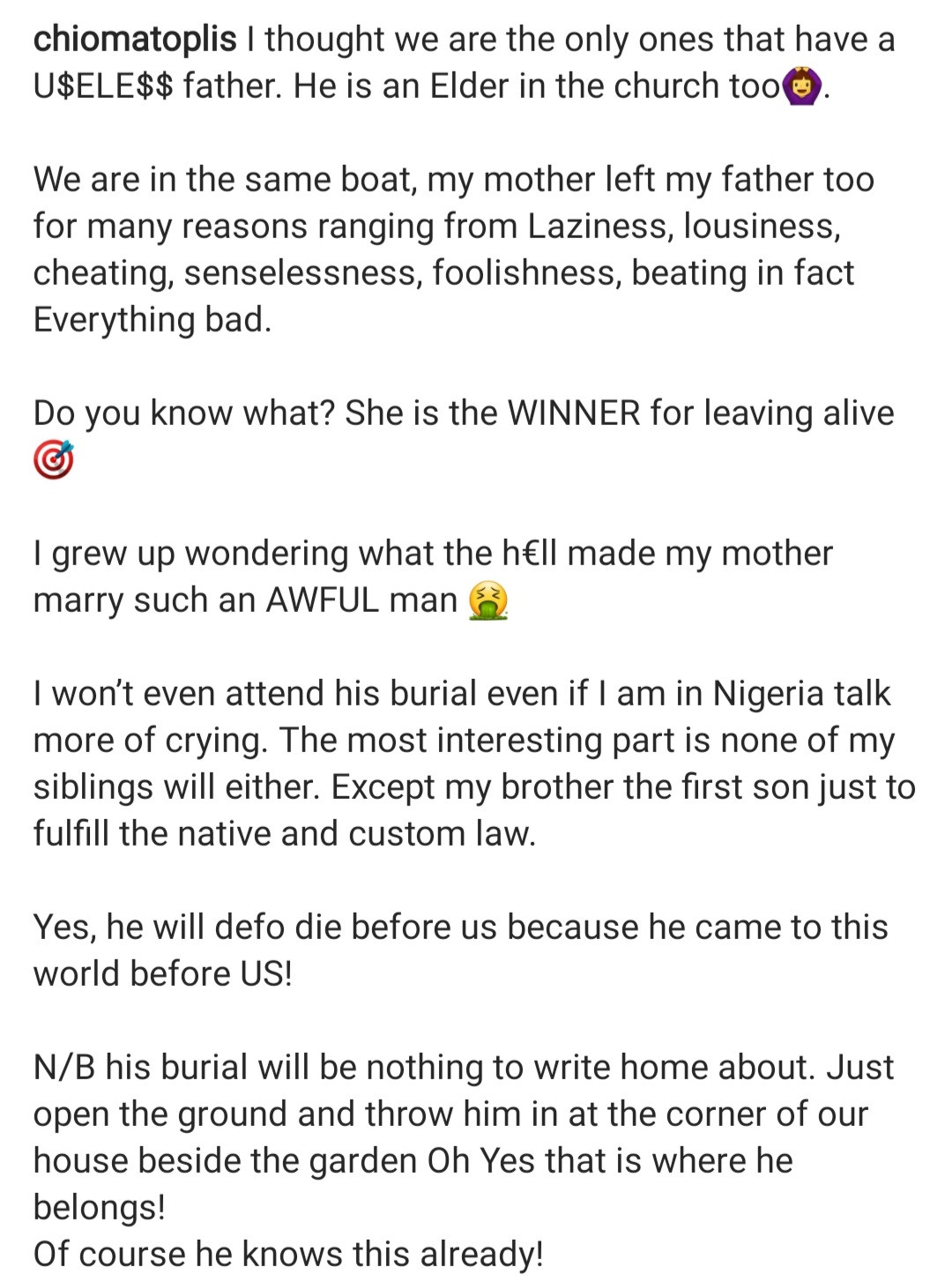 “I can’t cry because of pen!s that can’t do more than 5 seconds” Nkechi Blessing shows off s3x toys that satisfy her as she blasts her ex’s s3x game and broke-shames him (video)

“Are you mad? There is no part of African culture that encourages violence against women and children” – Seun Kuti tells violent men

Maraji shows off her newborn son one week after his birth

I love Nigerian men more because they know how to take care of their women, I can’t say the same for Ghanaian men – Actress Efia Odo

Larissa London shares photos of her son, allegedly fathered by Davido, as he turns 2