Blessing Okoro has shared a video from her wedding in 2009 while narrating how her ex husband allegedly beat her a day before her wedding and dragged her to the altar.

The mother-of-two,  who got married at 19, said her ex-husband Lucky “took away” her “youth at 15 years” and abused her.

She alleged that he beat her in front of family and friends a day before their wedding and also continued beating her after their wedding.

She also claimed that her younger sister witnessed the day he beat her “to coma” just two weeks after their wedding and continued beating her unconscious body.

Blessing eventually divorced him 2 years later when she was 21 years old. Their divorce was eventually finalised in 2006.

The union produced a child. She said her ex has not provided 1 kobo for their son’s upkeep for 5 years.

She dared him to reply her so she can sue him for abuse and molestation.

The self-acclaimed relationship expert also shared photos of her divorce documents while telling women to be financially independent because divorce is expensive. 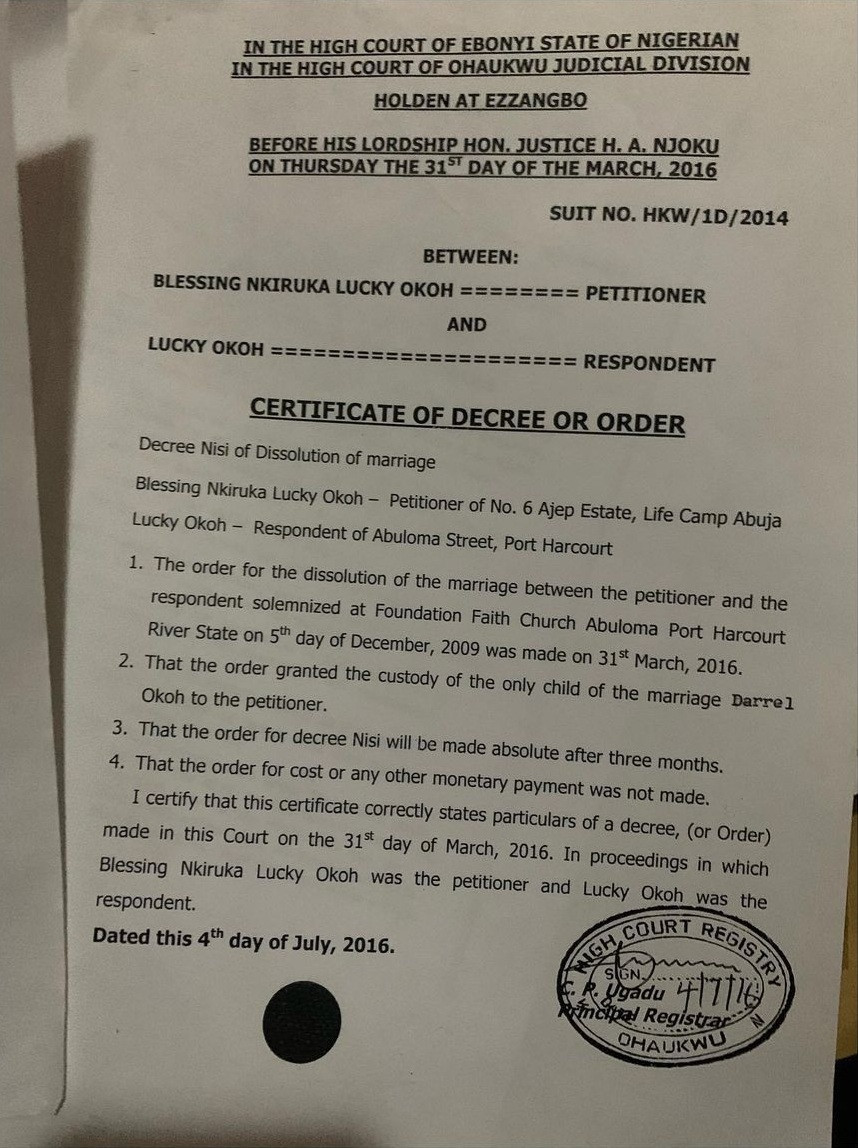 Watch the video below.

Sometimes being a good person is overrated – Toke Makinwa

My family is not in support. We are trying our best to console Mary – Yul Edochie’s older brother, Uche, speaks on the actor’s decision to take a second wife

I left because of personal hygiene. You have to tell a woman to change her pant in three days? – Nkechi Blessing Sunday’s ex, Opeyemi Falegan, dismisses claims he apologized because he wants her back (video)