Actress Nkechi Blessing Sunday has fired back at her ex-boyfriend, David Falegan after he said his next girl must have a degree as he can’t settle for less again.

Falegan had in an Instastory post disclosed that he is pursuing a doctorate degree. He also said that his next girl won’t be known for social media notoreity and must have a degree as education shapes people and won’t leave them “delusional”.

The UK-based Nigerian man also said that he has the right to end any relationship if he’s tired of it and shouldn’t be expected to be with someone who smokes at all times. 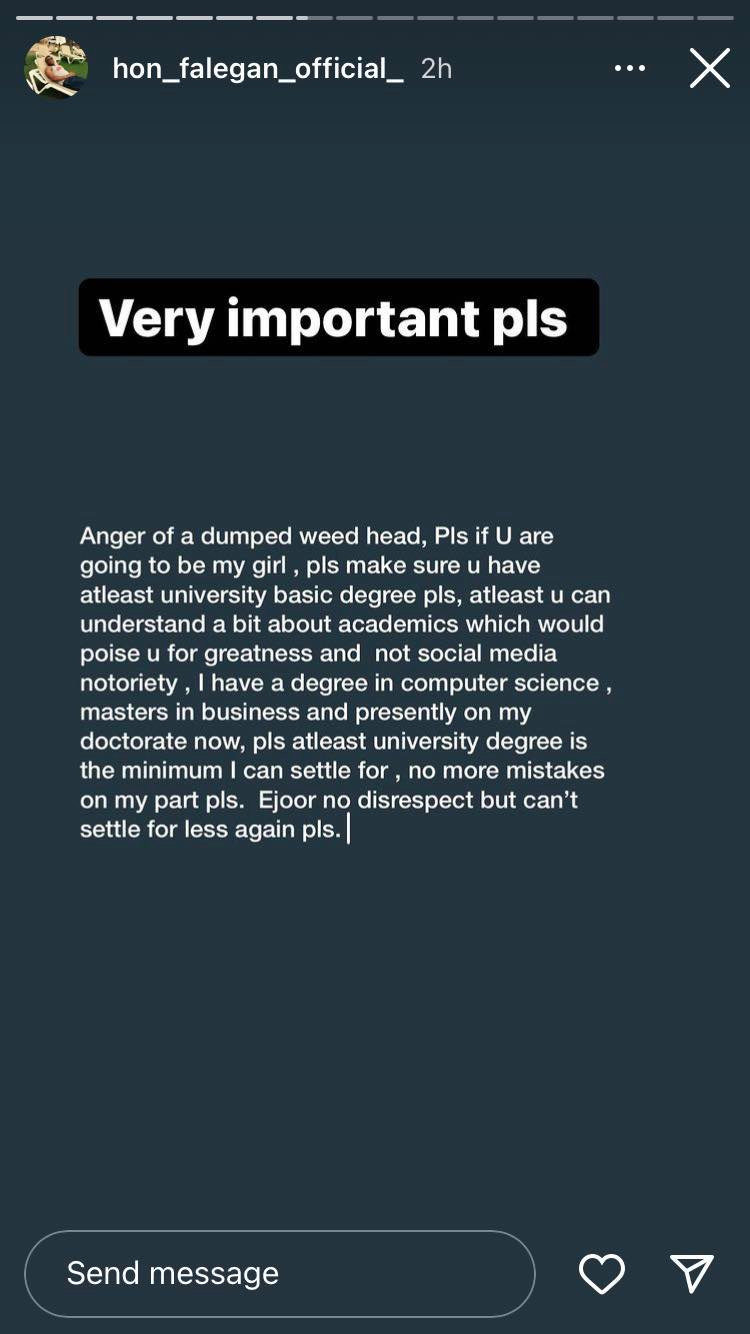 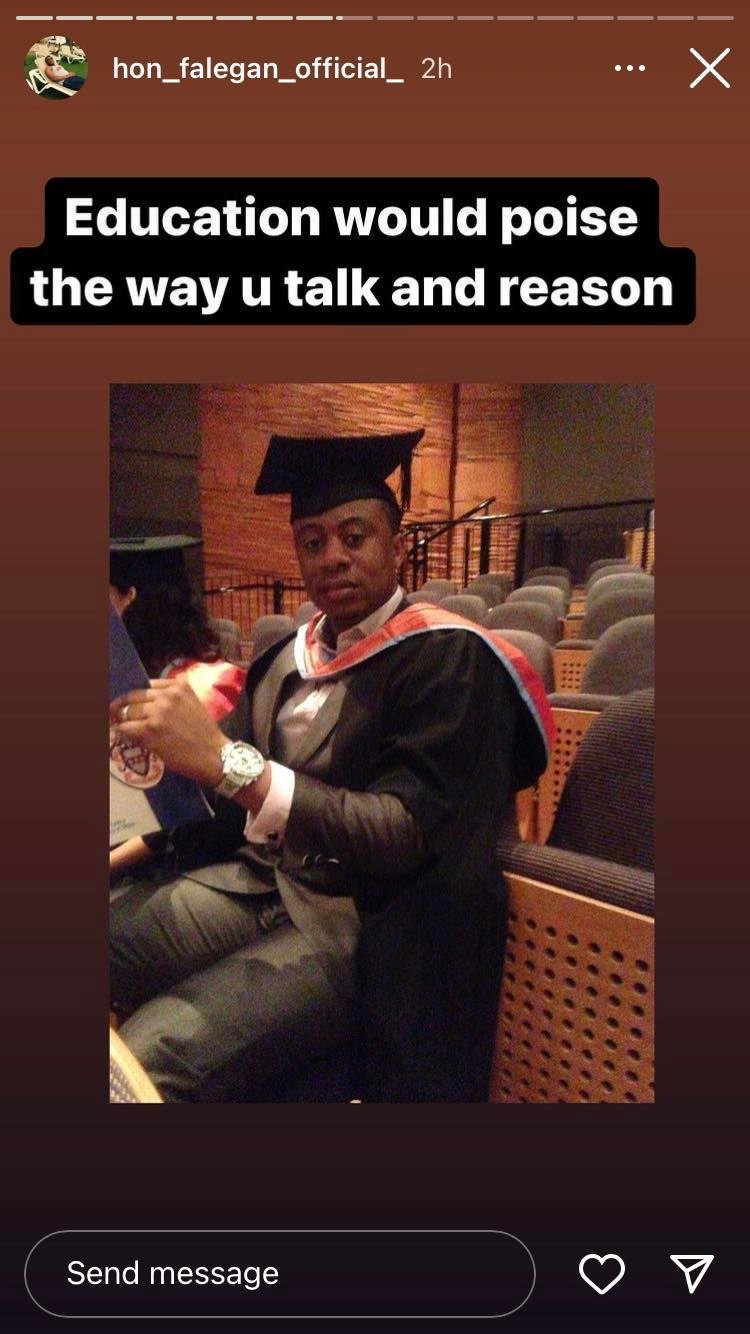 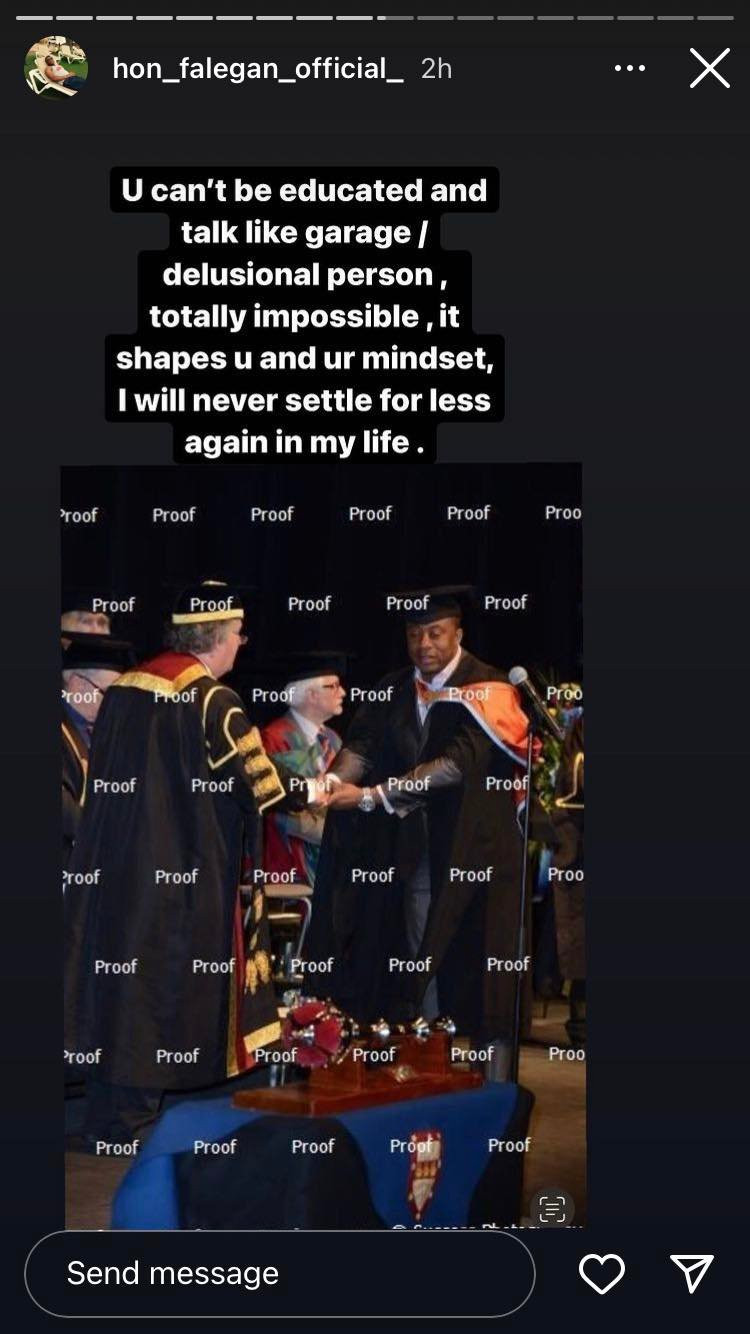 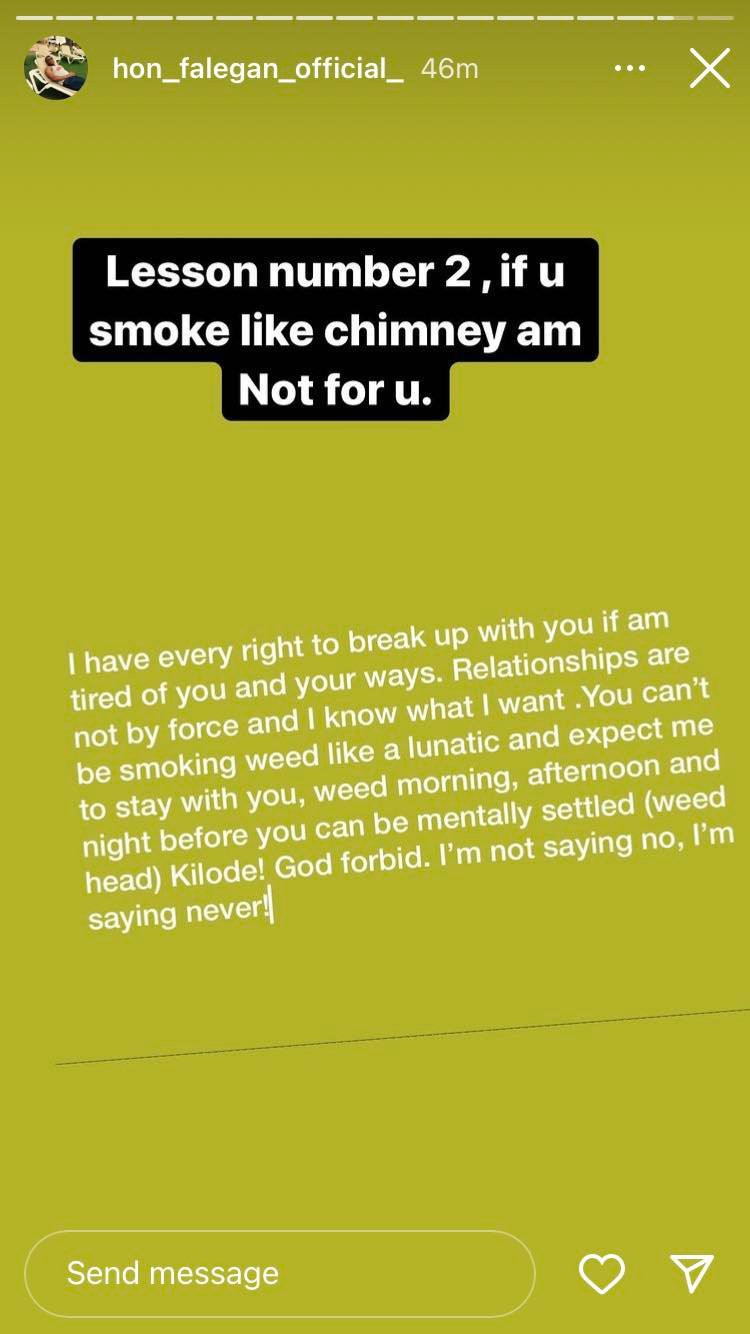 Reacting to this, Nkechi Blessing Sunday alleged that Falegan is still broke with all his degrees. She added that his ex-wife who has a degree allegedly dumped him too.

The actress also claimed that Falegan has been dumped by 3 women and he allegedly kept begging her not to leave because he doesn’t know what people will say. 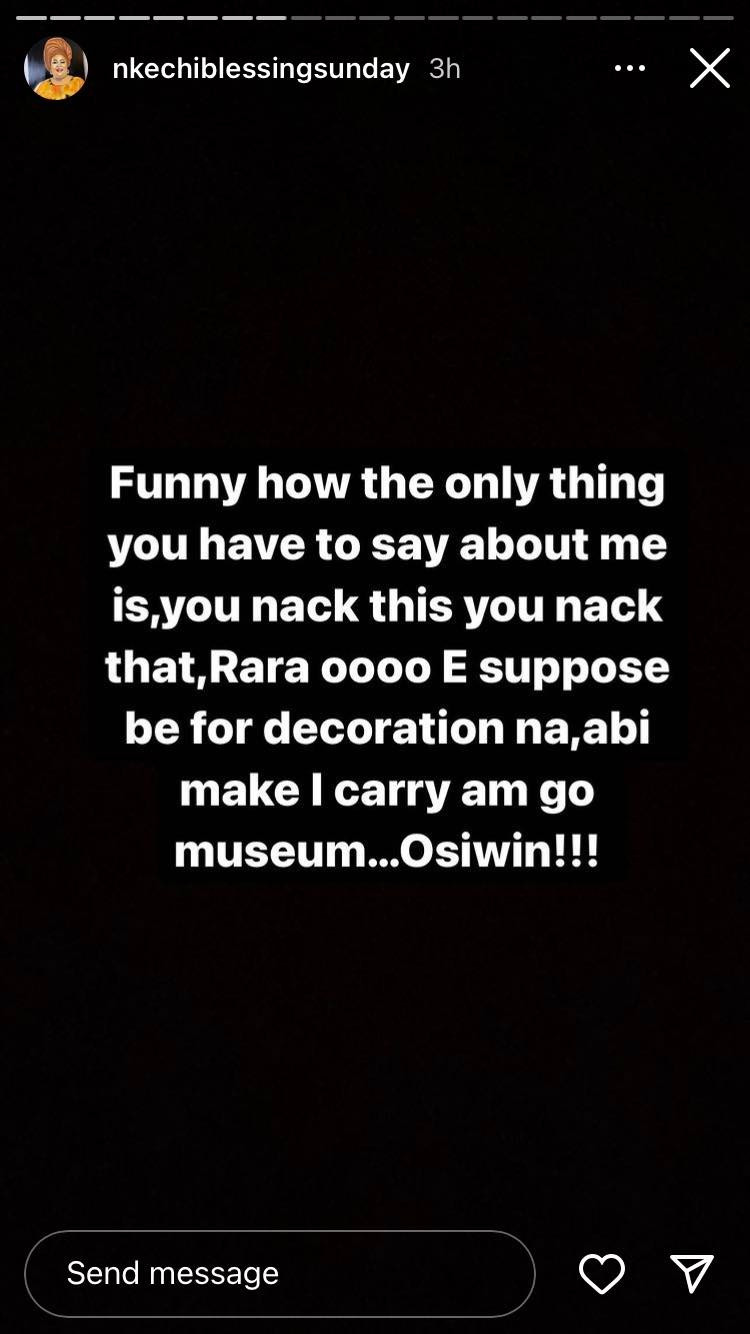 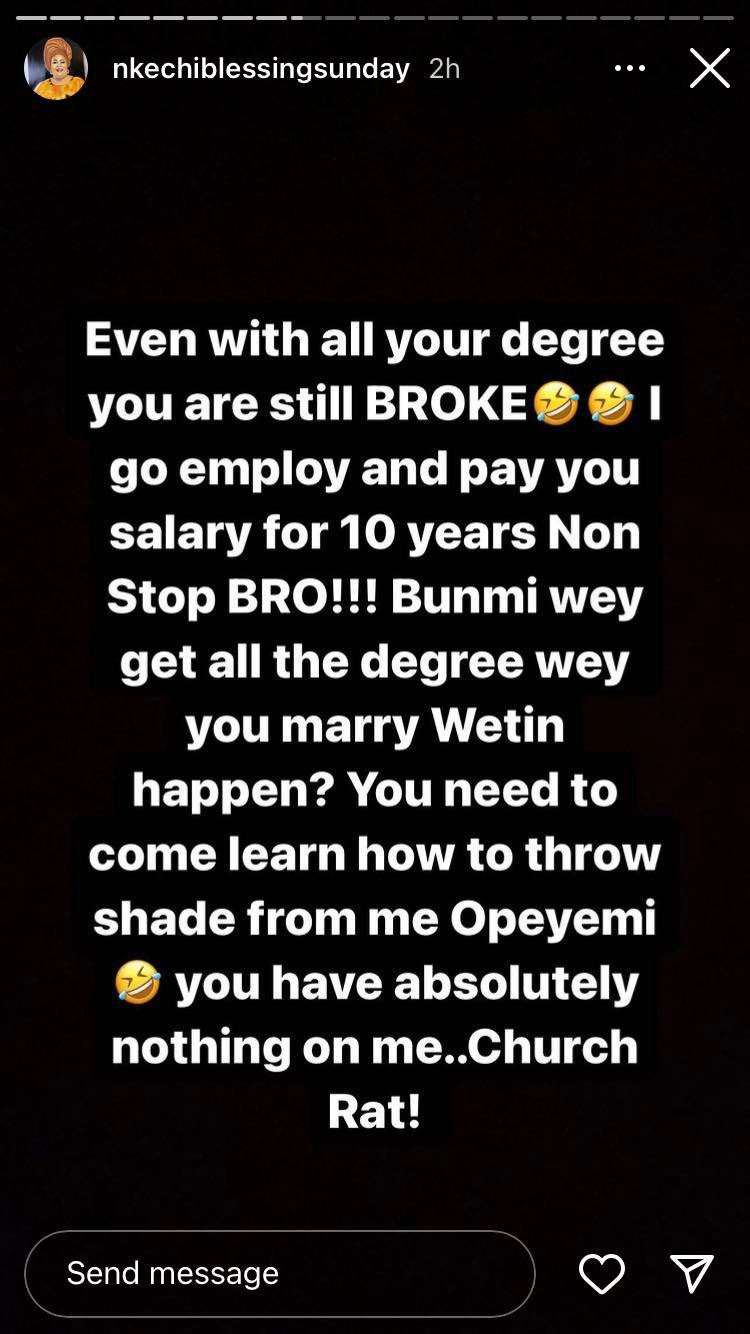 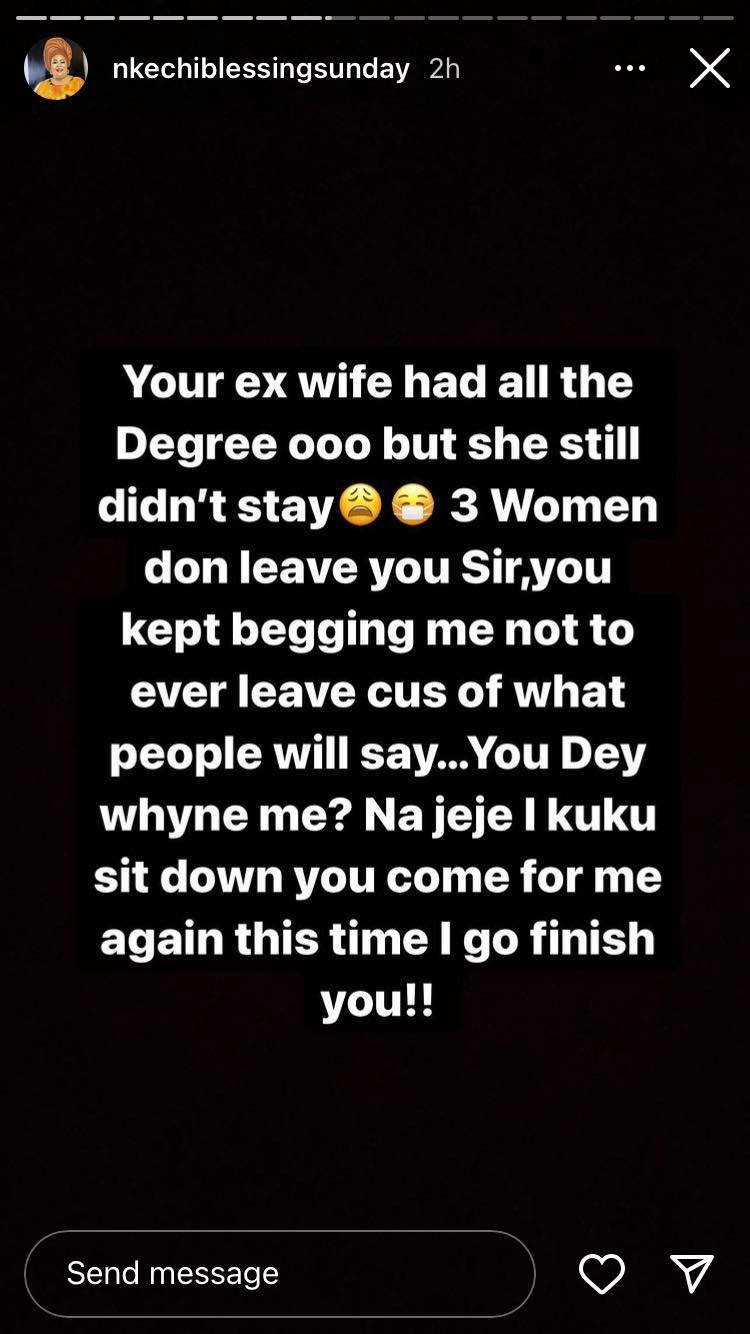 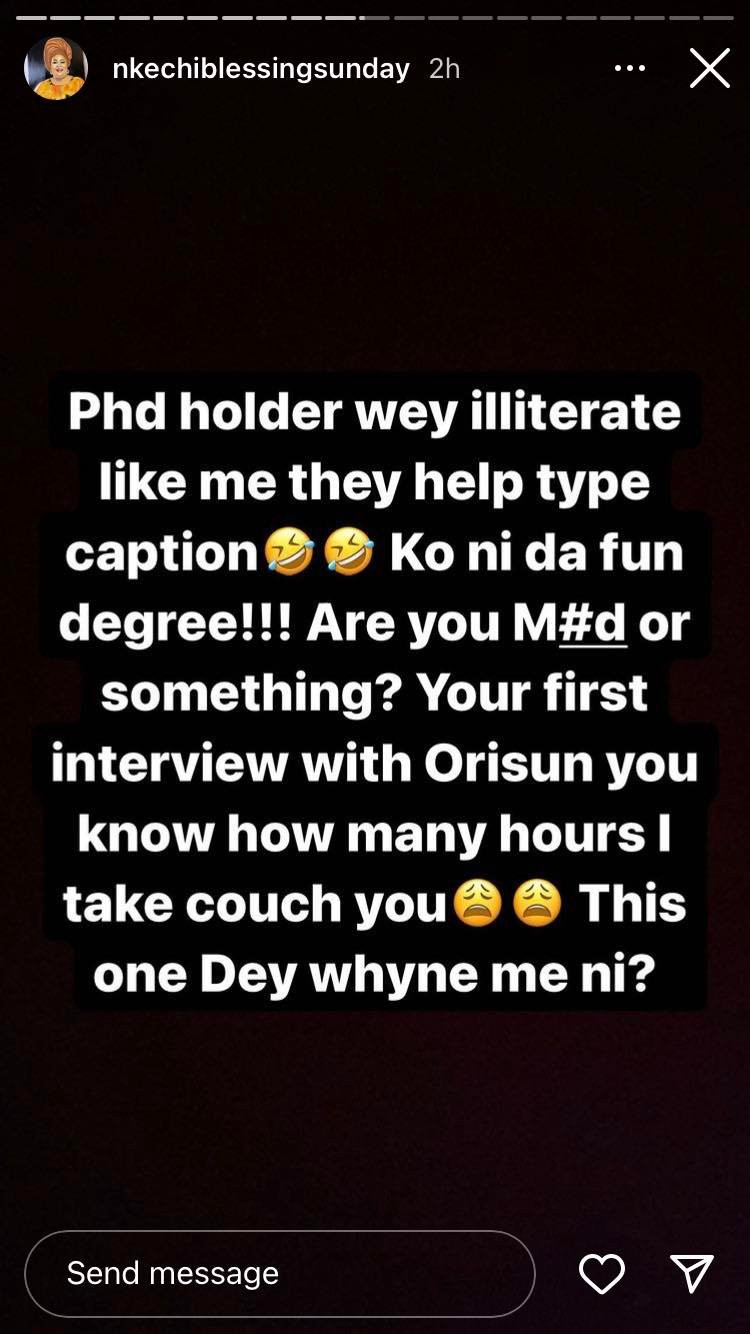 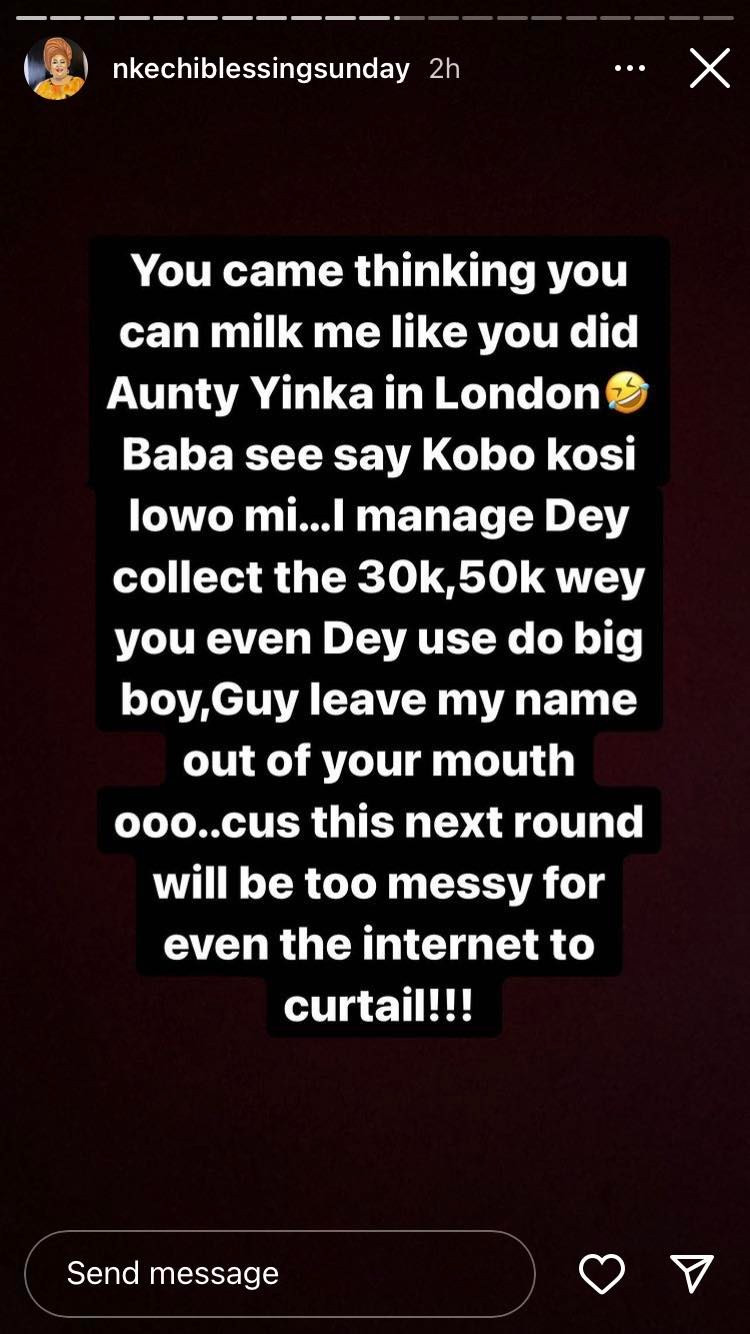 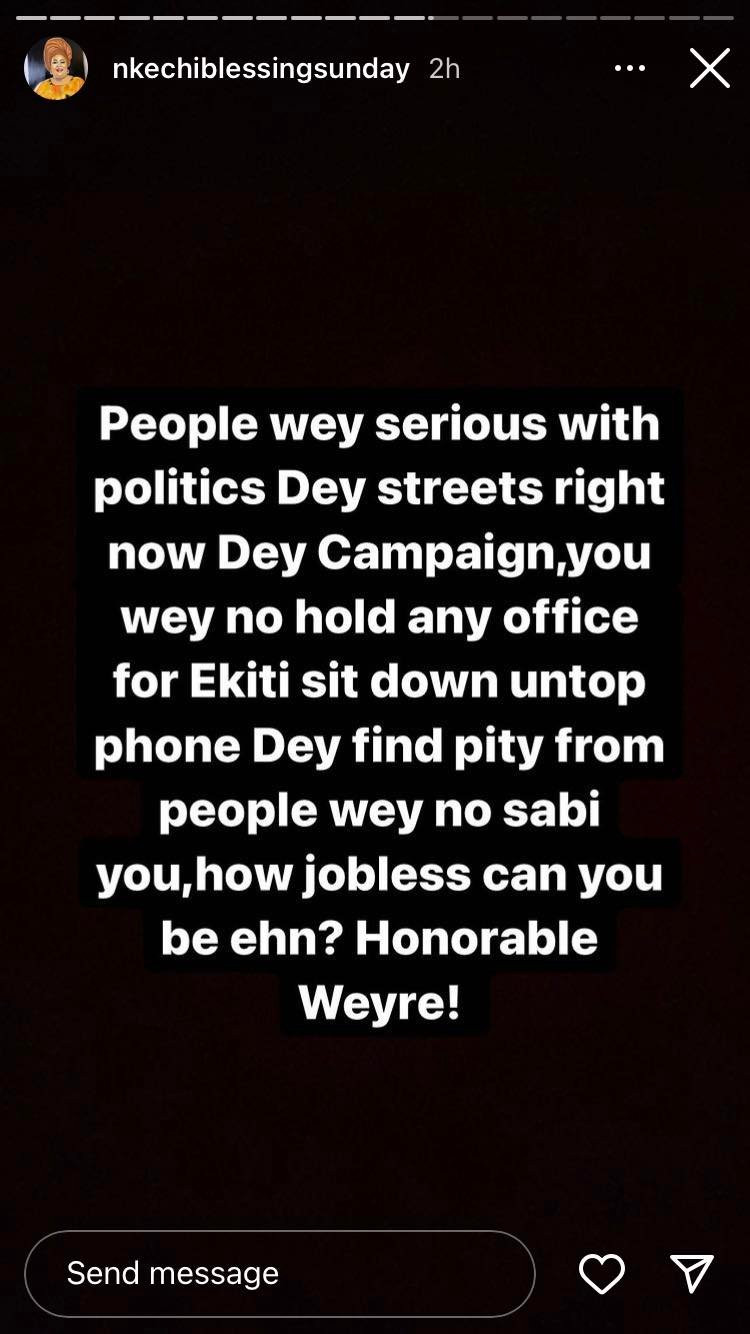 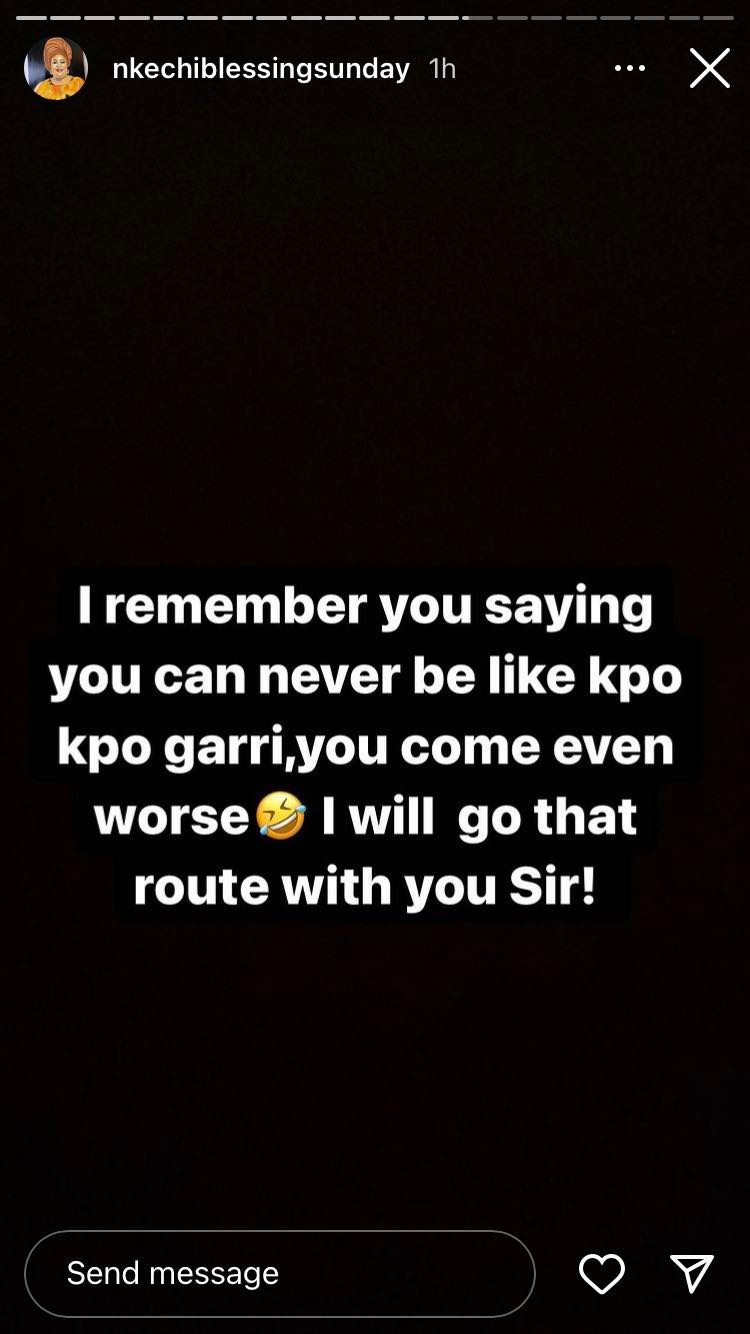 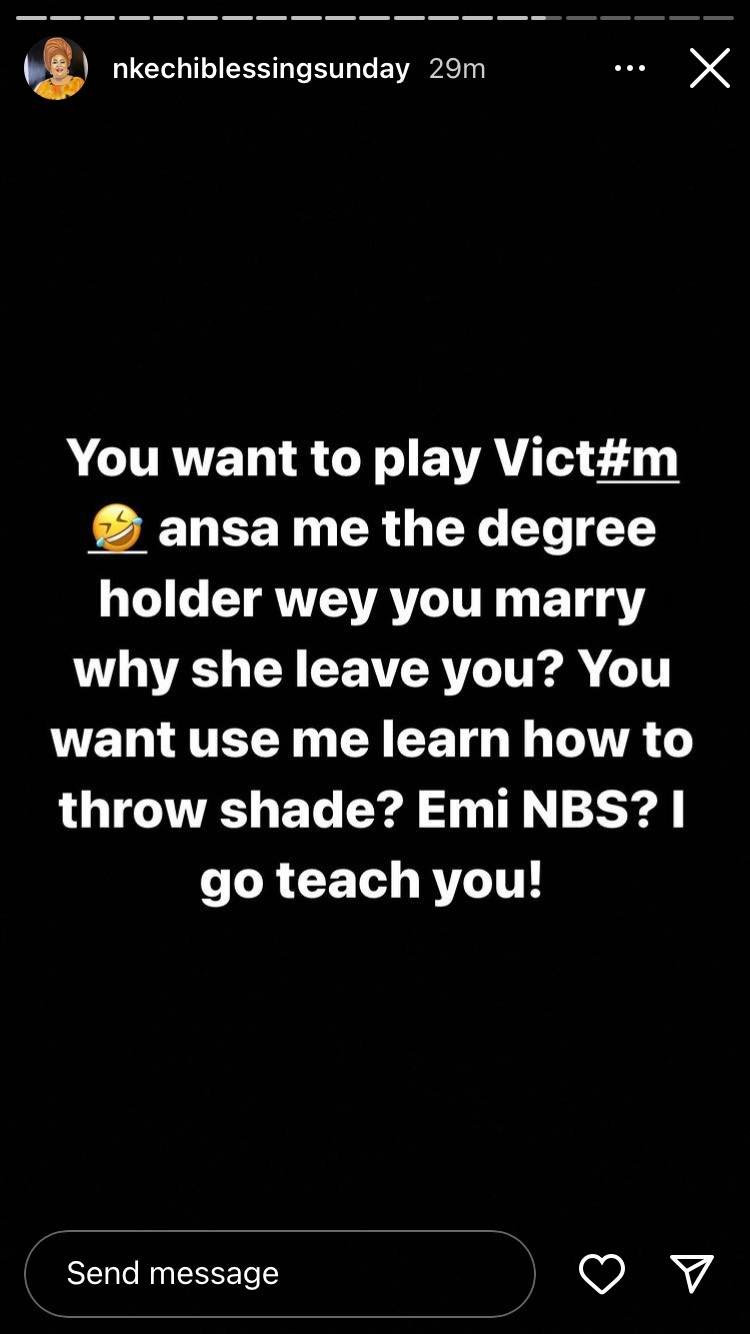 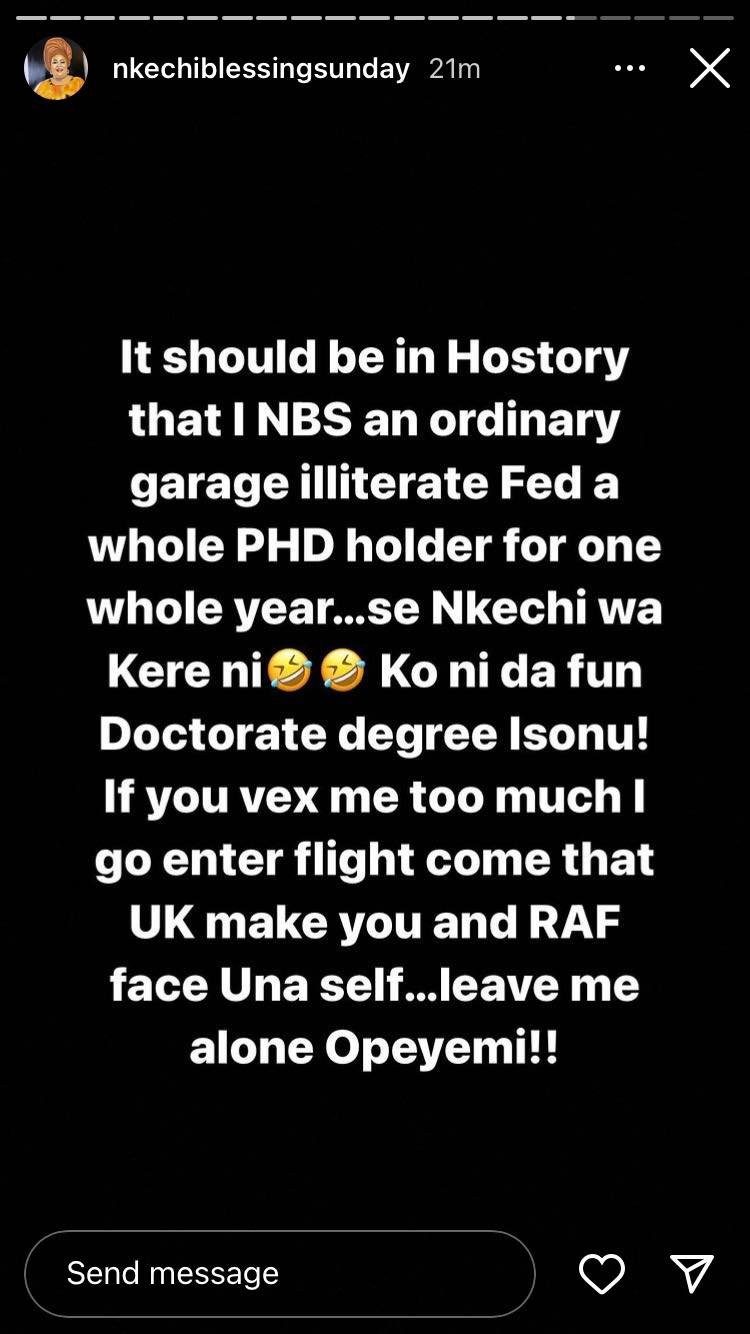 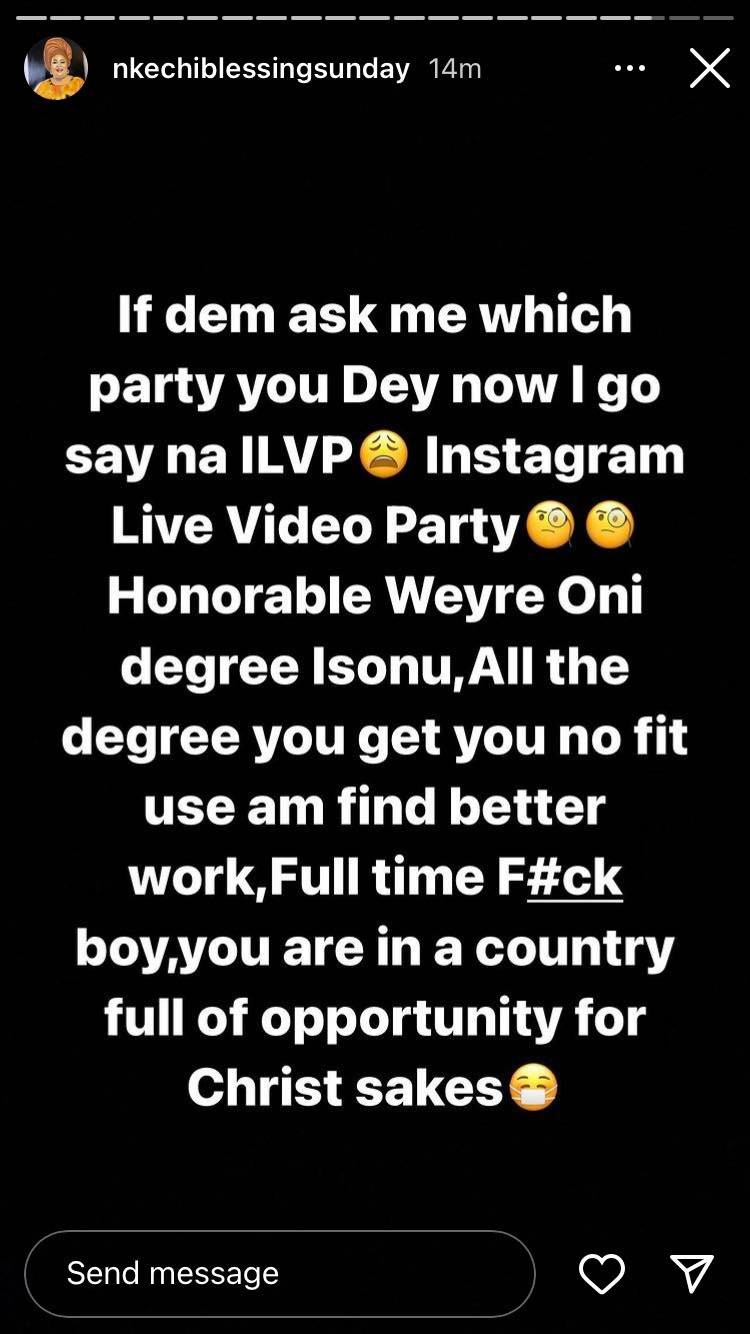 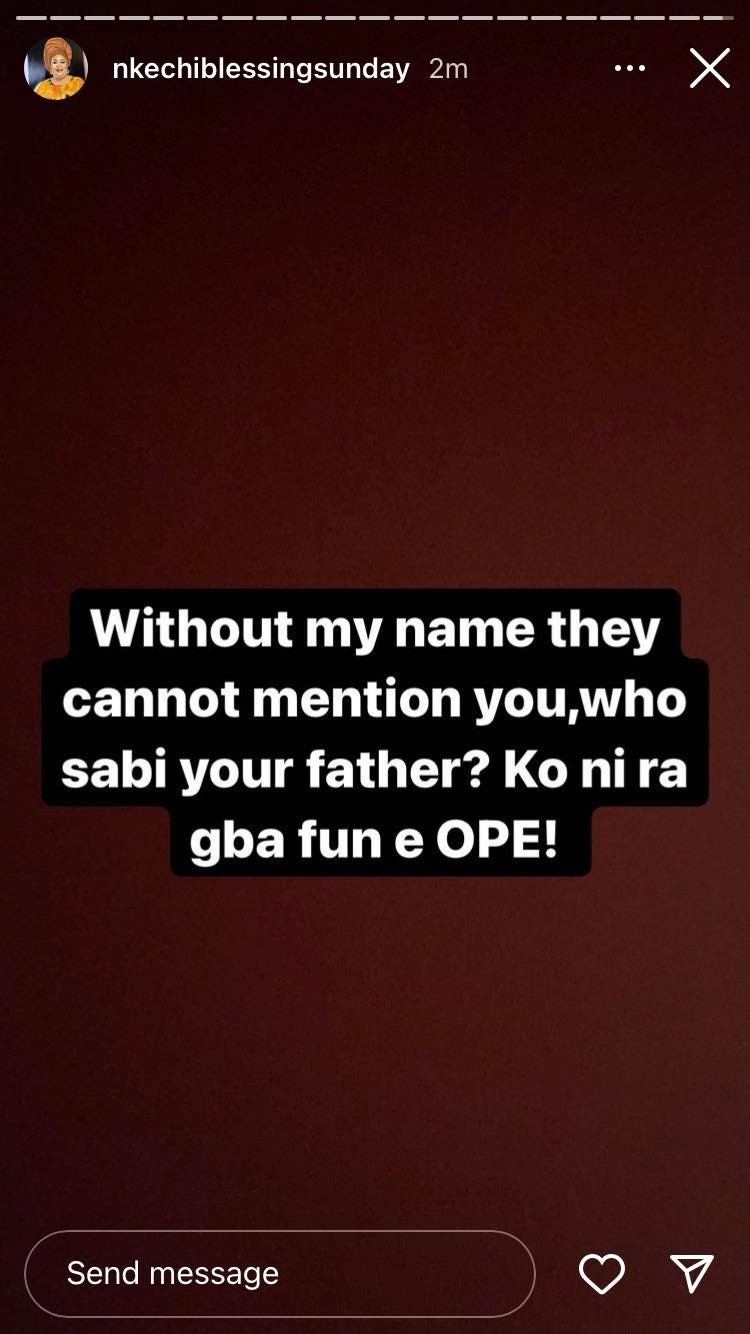 New year, new age but still the same sweet you – Teddy A celebrates wife, BamBam on her birthday