A student of Kyambogo University in Uganda, Julius Osuta, who went missing after allegedly spending his tuition fees on sports betting, has been found.

On April 7, 2022, Ugandan social media and media houses were awash with the news of the missing first year Statistic student.

It was later alleged that Osuta went missing after spending his tuition fees on sports betting and that he went into hiding due to fear and stress. 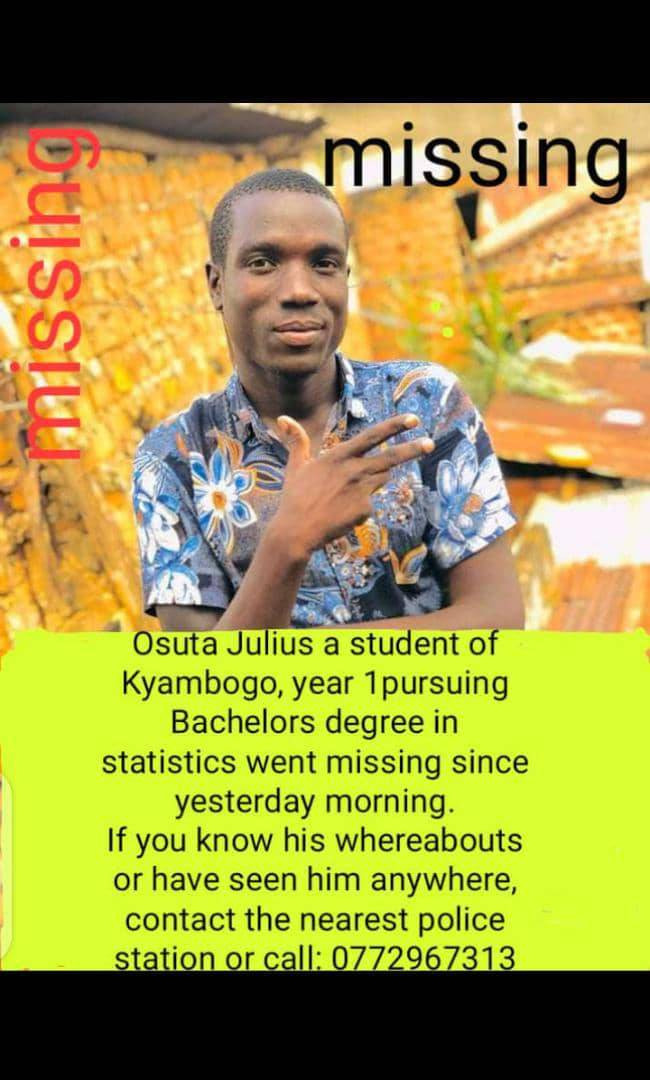 According to Daily Monitor, police found Osuta at Arua Park, Kampala on Thursday morning, April 14 and handed him over to his parents.

New year, new age but still the same sweet you – Teddy A celebrates wife, BamBam on her birthday

Teenager kills housewife with pestle in Kano, steals her phones