Jaruma and her ex-husband, Ross Isabor, are calling each other out on Instagram following their break up.

It began when Jaruma reshared a video of her giving Ross a bath back in 2017. 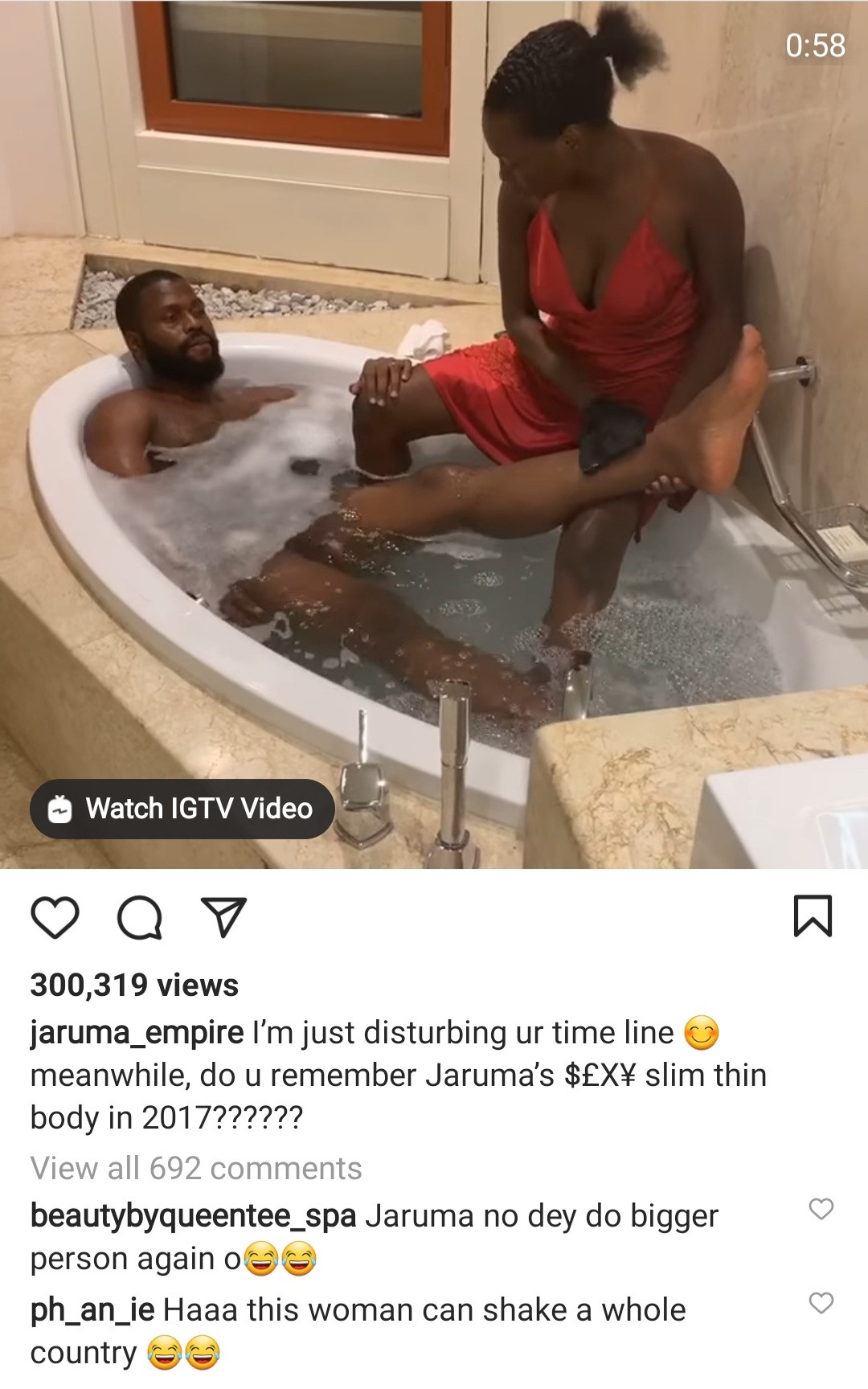 Ross then took to Instagram to tell Jaruma that he has served her breakfast since and she should stop deceiving her “gullible” followers.

“Stop using me to sell your fake product,” he added. 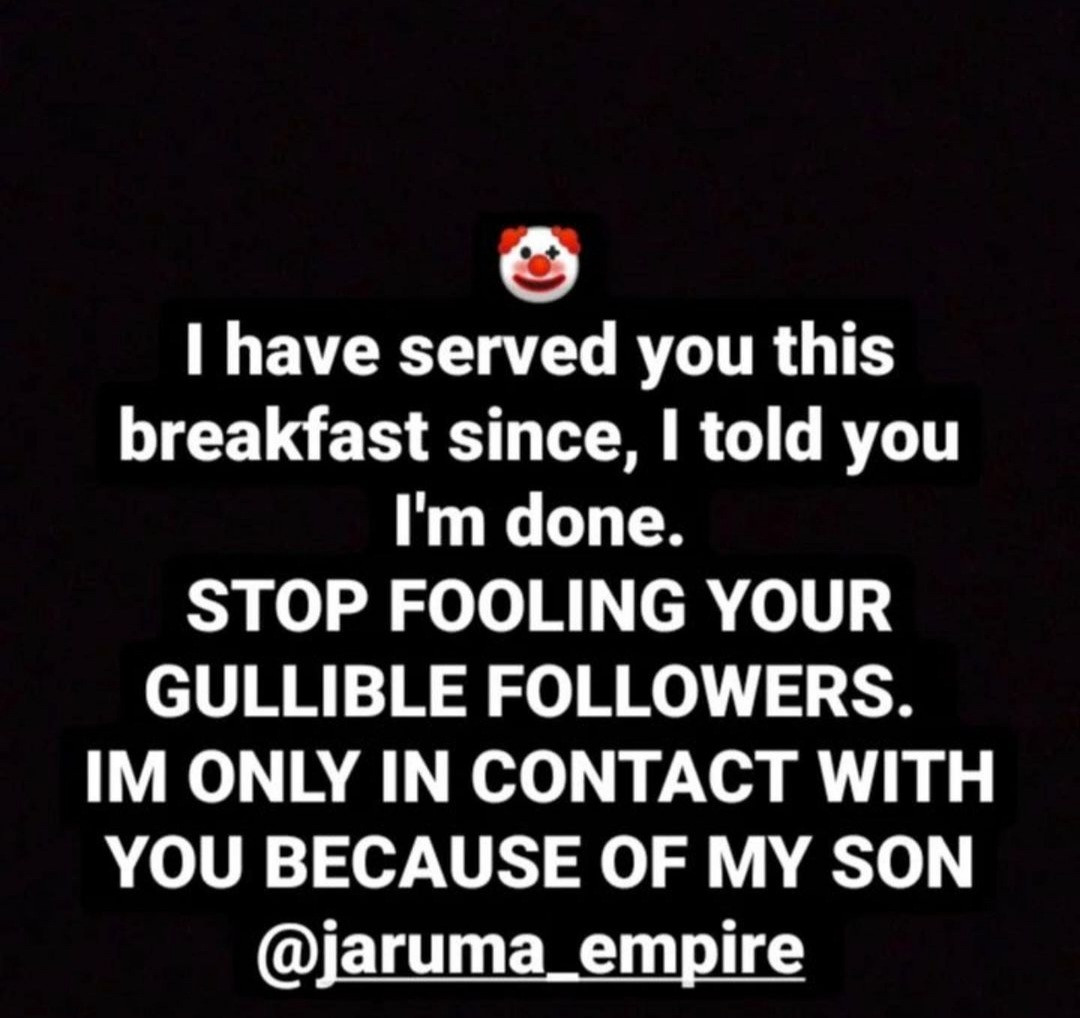 He then told Jaruma’s aphrodisiac customers that her jazz has never worked and “only fools believe in kayanmata”. 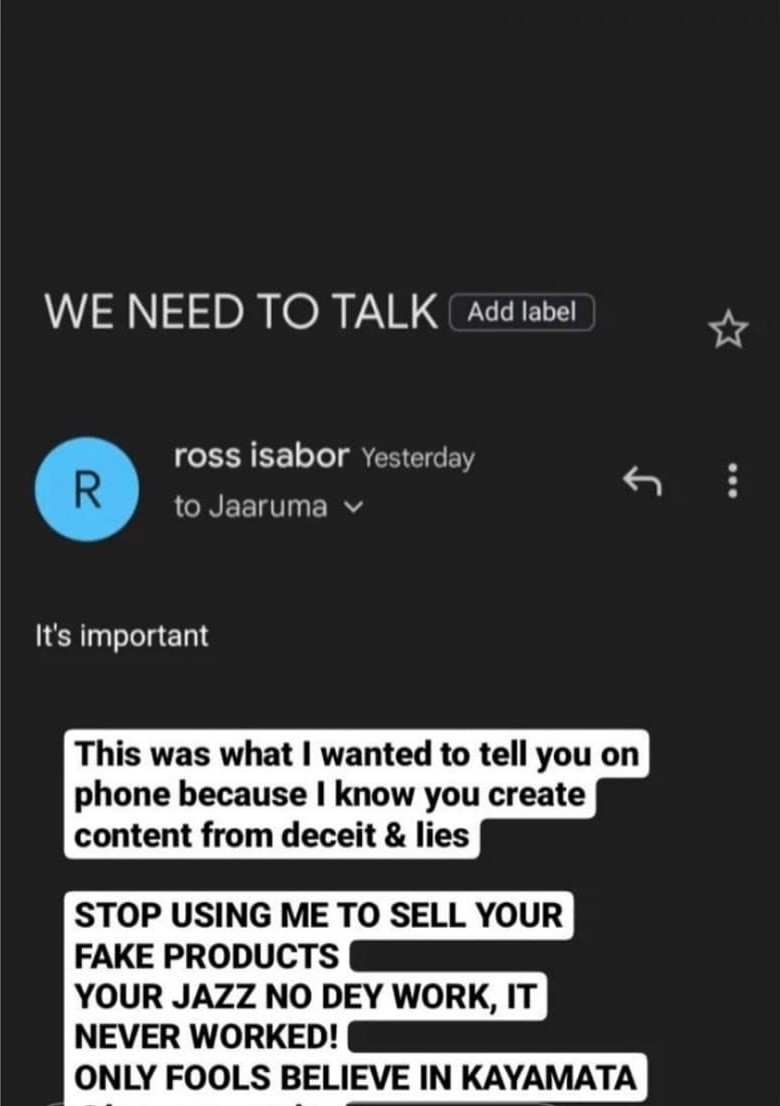 Jaruma then went on IG to share a video of her chat with her ex. It shows that she saved his name on her phone as “bastard.19”. 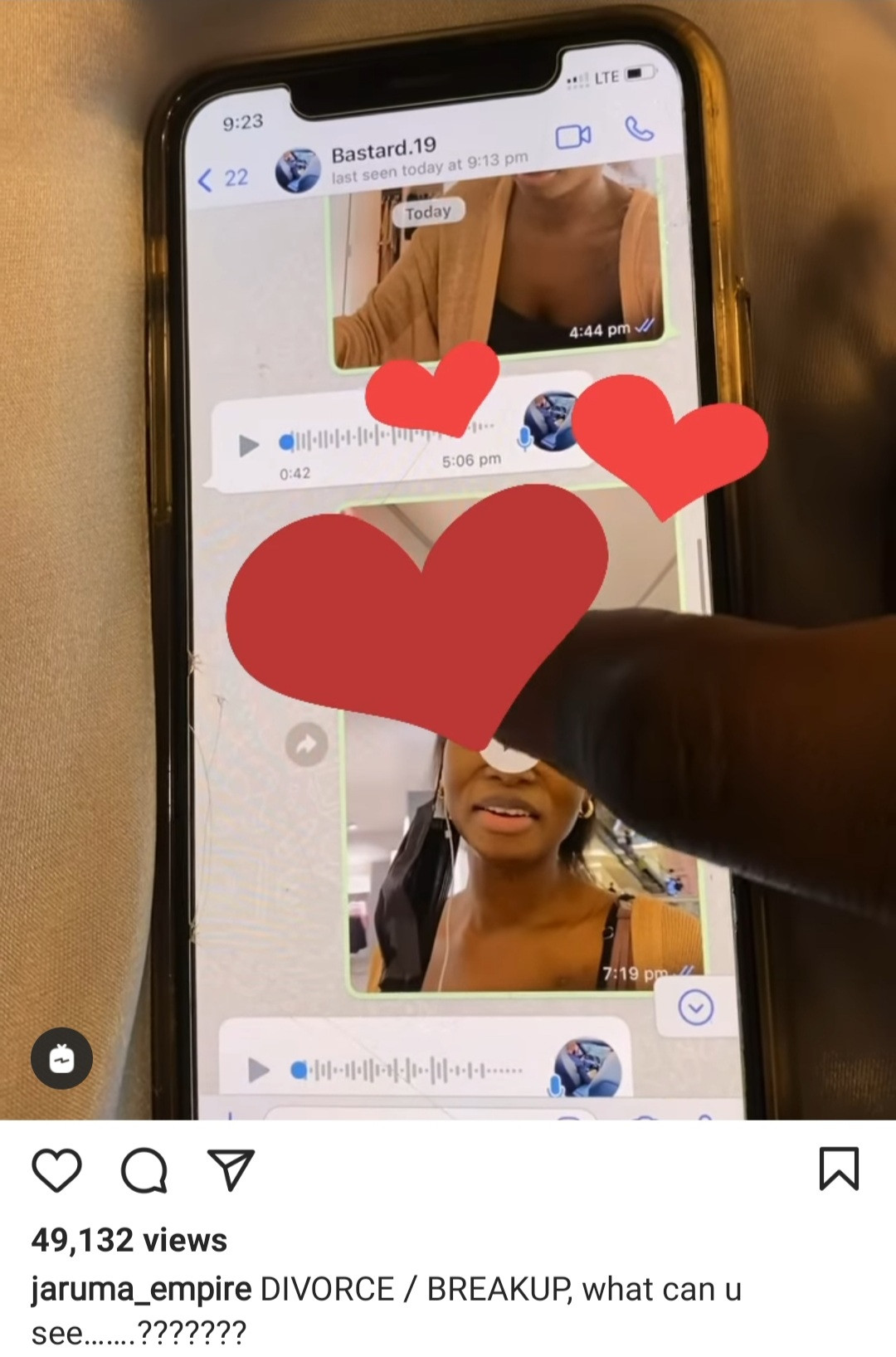 She also shared a video she sent to him in WhatsApp to mock him.

She also claimed that Ross is still begging to have her back.

Watch the video below.

I really don’t want to be a Nigerian anymore – Erica

Train attack: We don’t know how many people died or were kidnapped but we know it will cost N3b to repair it – Seun Kuti reacts to Amaechi’s interview

If your man is a booty lover, he’s a chronic cheat – Pretty Mike