Big Brother Naija star, Ifu Ennada said she hasn’t been to church in years because the churches were trying to kill her faith in Christ.

According to the entrepreneur, a preacher in one of the churches said that his ‘special blessing’ was only for people who can sow seeds of N50k and above.

“The churches I was attending at the time were trying to kill my faith in Christ. A lot of things they did were opposite to what the Bible says. Imagine a Preacher saying he has special blessing for the church but only for people who can sow special seeds of N50k and above,” she wrote.

“What of people who gladly sow all even though it’s lesser than N50k and above. Did we pay for the Cross? Could we ever pay for it? Anyway, I chose Christ and left the Church.” 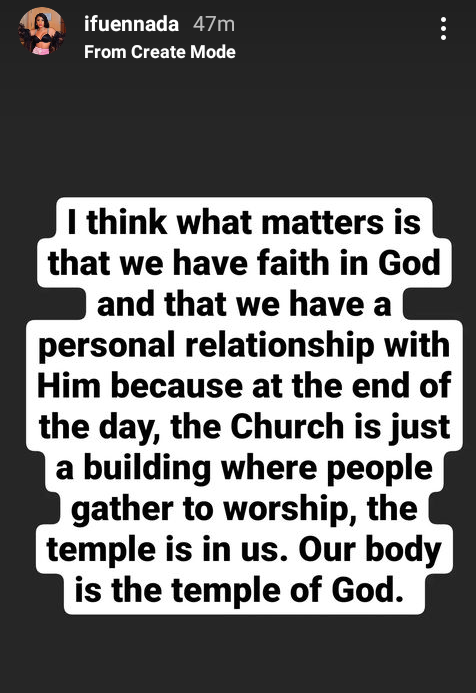 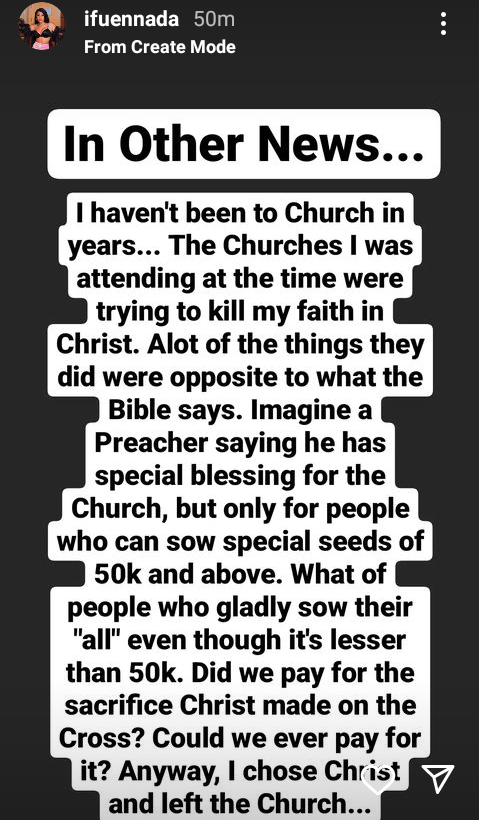 2023 Political Idealism That Will Annoy You, Then Heal You! – By Reno Omokri

”I have never worn a pant since I was 18”- Nkechi Blessing Sunday responds after her ex-boyfriend, Opeyemi Falegan, accused of not changing her panties for three days while they dated

“You go jam rock” – Businesswoman, Blessing Ossom warns gigolos who want to collect her money in the name of love