A petrol-laden tanker has exploded at Ajegunle Bus-Stop, around Alagbado, on the Lagos-Abeokuta Expressway.

The explosion happened at about 3am on Friday, April 22.

Residents say the explosion woke them from their sleep, burning houses and shops.

Emergency officials, including firefighters from the Lagos State Fire Service, arrived at the scene to put out the fire.

At least one person died in the accident. A video from the scene shows a black bag containing the body of the deceased. 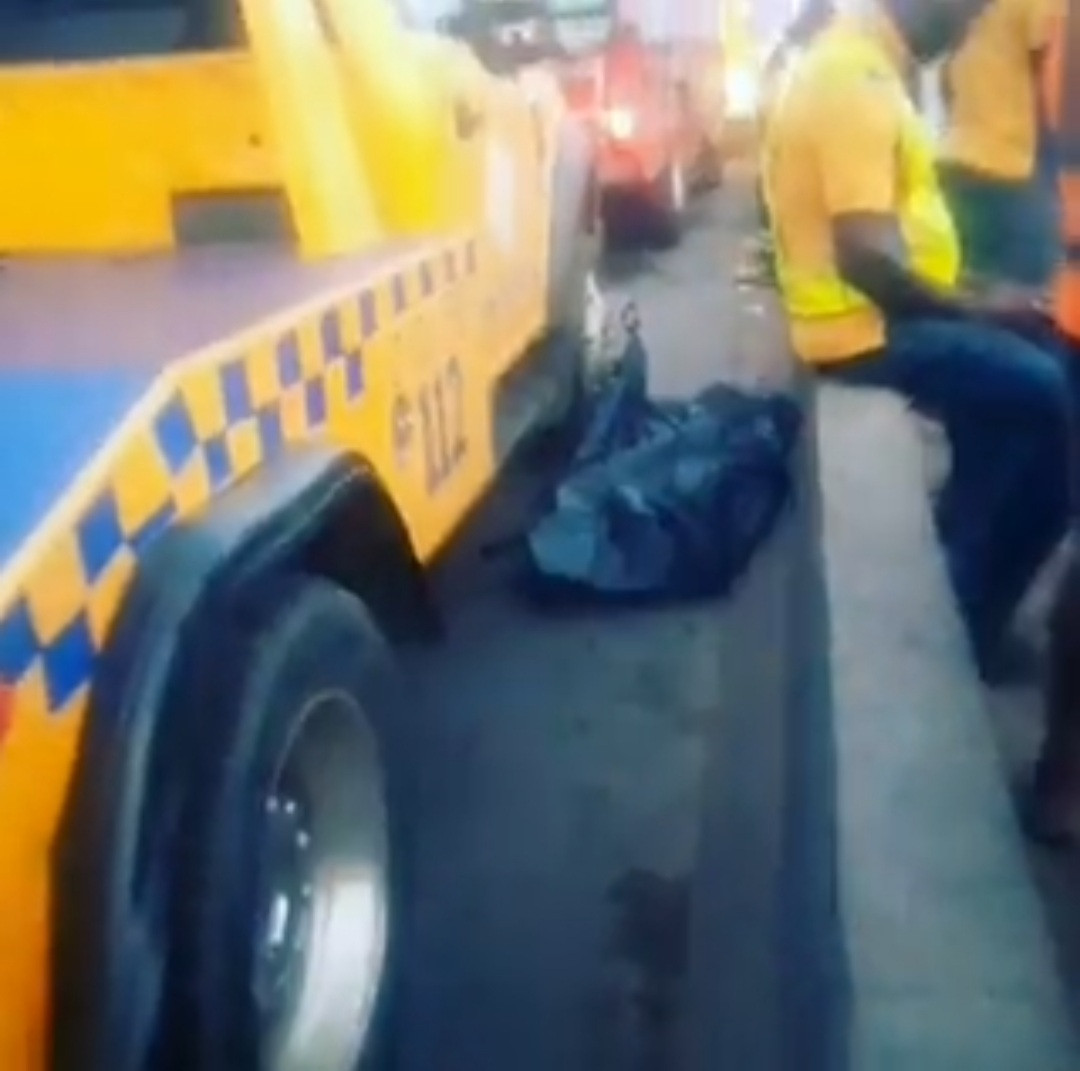 Swipe for the video below.

“I need to get myself a nuclear bomb” – Comedian, Basketmouth sends warning to boys as he celebrates his first daughter on her birthday

Terrorists kill 17-year-old kidnap victim in Kaduna, release 21 others after payment of over N2m and three brand new motorcycles as ransom