Andrew Woolfolk, a longtime saxophonist for Earth, Wind & Fire, has died at 71.

Bailey shared a picture he took with Andrew and wrote: “I met him in High School, and we quickly became friends and band mates. Andrew Paul Woolfolk was his name.

“We lost him today, after being ill of over 6 years. He has Transitioned on to the forever, from this Land of the dying to the Land of the Living.

“Great memories. Great Talent. Funny. Competitive. Quick witted. And always styling.
Booski…  I’ll see you on the other side, my friend.” 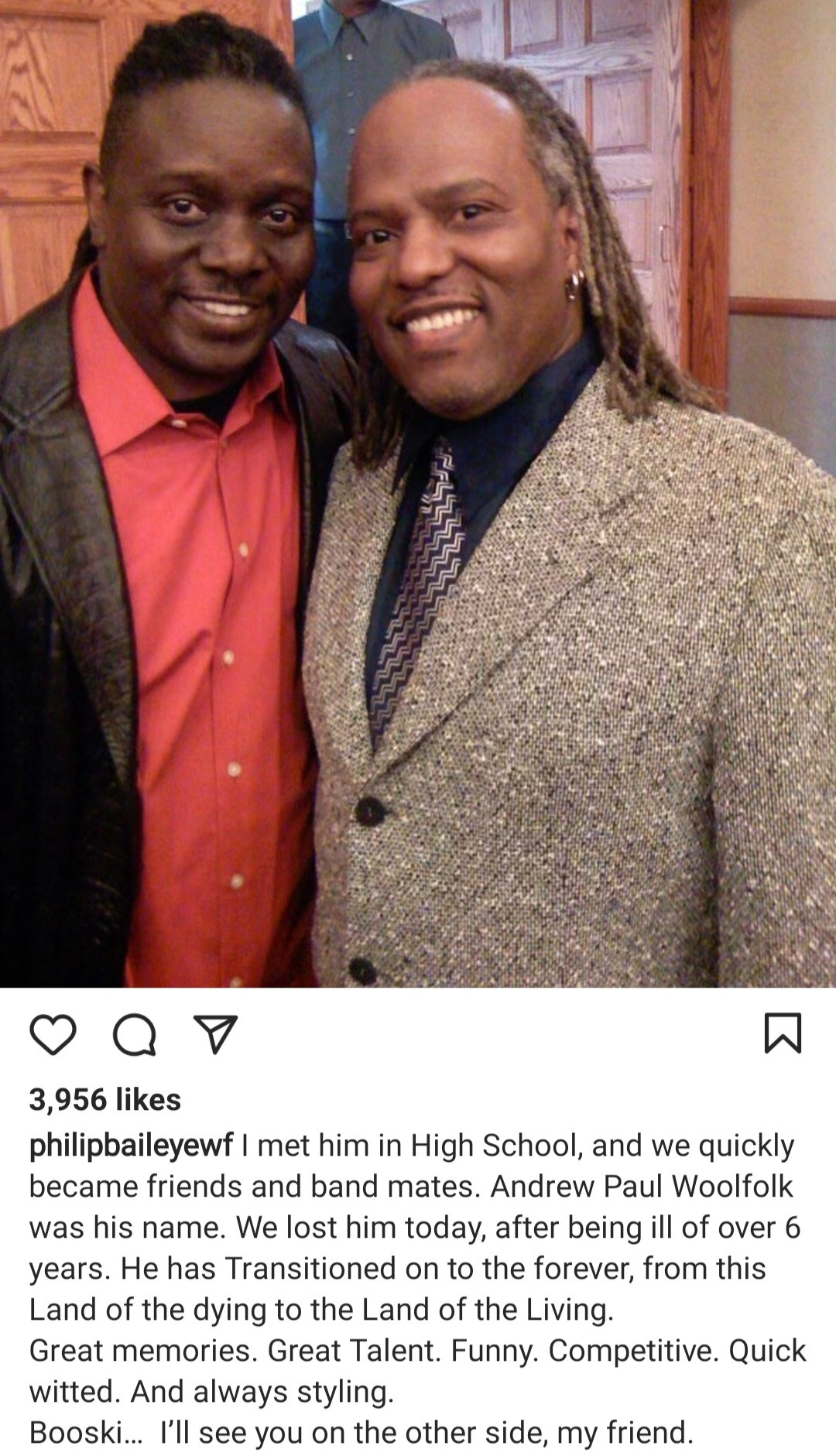 Bailey did not give further details on the illness Woolfolk was battling.

Khloe Abiri shows off her curvy derriere in new photos

I really don’t want to be a Nigerian anymore – Erica

“You will not live past the next 7 days” Kanayo O. Kanye curses person who started rumours that he is dead (video)

You are a potential rapist – BBNaija star, Ifu Ennada calls out men who send unsolicited dick photos to her