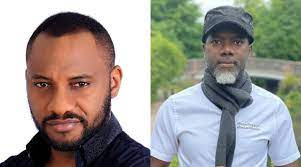 Reno Omokri is of the opinion that polygamy isn’t a sin as it is hard for a single woman to satisfy the libido of a normal man.

Reno shared this thought while responding to a Twitter user who asked him if actor Yul Edochie could still be referred to as a Christian after he picked a second wife and welcomed a son with her.

Responding, Reno averred that many men in the bible including David, Abraham, and others practiced polygamy. According to him, it is only Bishops, General overseers, and elders that are forbidden from practicing polygamy. He stated that he will not counsel any man to marry more than one wife, but that polygamy is by far better than adultery and fornication.

Read his thoughts below

Thank you for your question. I generally would prefer to mind my own business, but as this is a direct question to me from you, a gubernatorial candidate, about Yul, who relates very well with me, I will respond to it.

In my personal opinion, I don’t think Polygamy is a sin. Scripture is crystal clear that God Himself gave David many wives-2 Samuel 12:8. Abraham, Jacob, and many Godly men were polygamists, and it was a regular way of life in Scripture amongst everyday people. For instance, Samuel’s father, Elkanah, was a polygamist-1 Samuel 1:2.

Polygamy is only forbidden for Bishops, overseers and elders in the church-1 Timothy 3:2. Monogamy is a Western construct, not a Christian one.

The modern marriage vows we use in Black Africa is a curse. It is not Scriptural. If you, Uche, can show It to me in Scripture, I will give you $50,000. And you know of my financial ability more than most people. It was adopted from Europe. It is very hard for a single woman to satisfy the libido of a normal man. And this is the reason we have such a high rate of what we call cheating in our society. Compare the rate of cheating in Europe and America, with that of Saudi Arabia and Jordan and my point becomes clear.

Sadly, Black Africans have accepted this Western construct as a Christian one. Which is why we are now becoming tolerant of same sex marriage, and are very intolerant of polygamy. Meanwhile, you find polygamy in Scripture-Exodus 21:10, and the very thought of the other is abominable according to Scripture-Leviticus 18:22.

I will not counsel any man to marry more than one wife, but I will say that polygamy is by far better than adultery and fornication. But, these are my personal views.”

Khloe Abiri shows off her curvy derriere in new photos

2face Idibia celebrates his daughter Ehi on her 16th birthday

Stop justifying giving help to a poor man because he has a wife and many kids. Let him suffer! – Reno Omokri