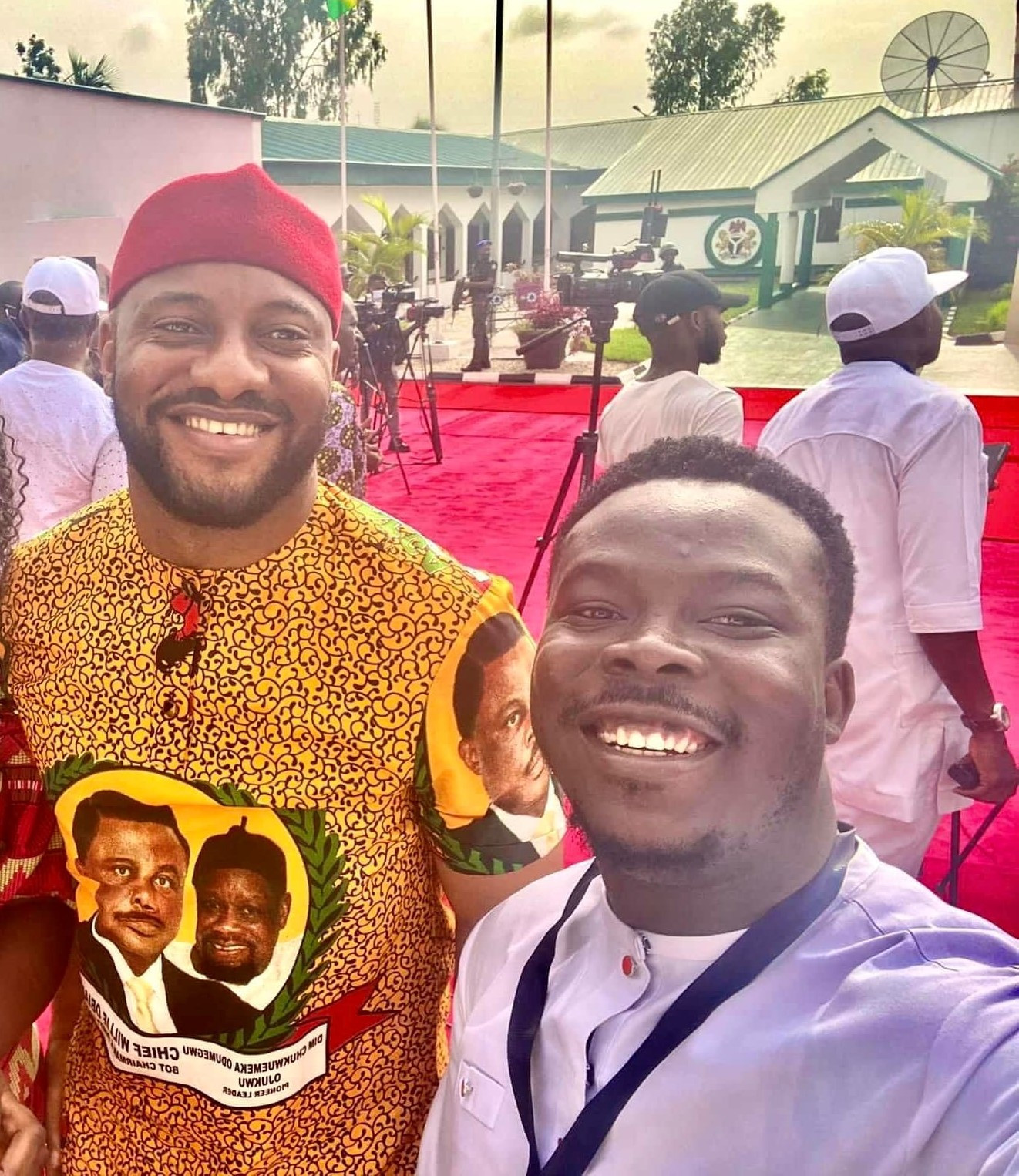 One Ugochukwu Tony Oputa has promptly informed his wife that the photo of him with Yul Edochie was taken at the inauguration ceremony of Governor Soludo and not the actor’s traditional wedding.

He stated this after the actor announced that he has a son with his second wife, Judy Austin. 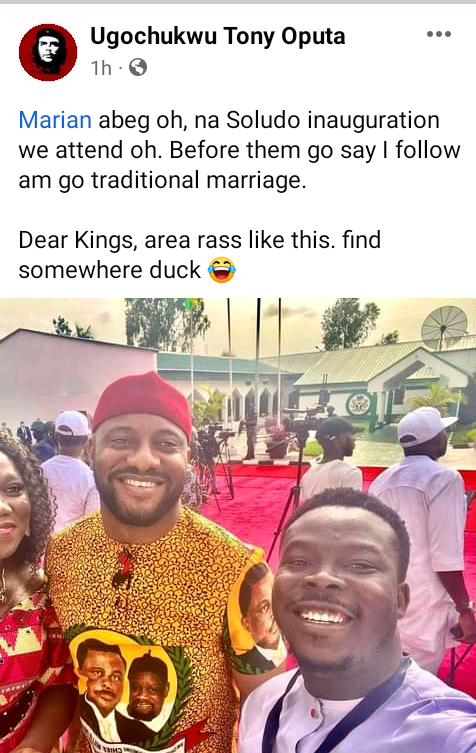