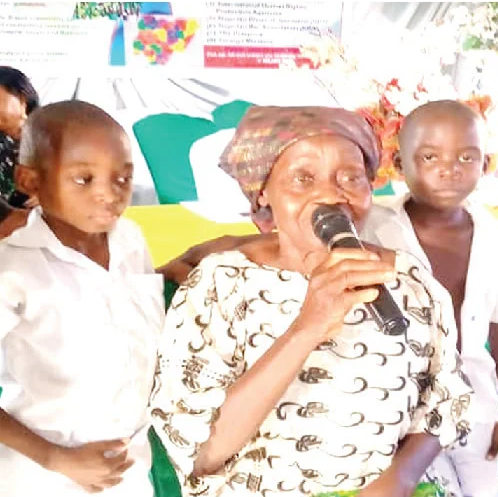 A blind grandmother rescued her grandchildren after their parents planned to sell them to ritualists.

The two Akwa Ibom children, Gideon Edet and Kingsley Edet, were to be sold by their parents for N50,000 and N20,000 respectively.

However, their grandmother, Mrs Bassey Ekong, heard the news and threatened to curse the parents if they sell her grandchildren.

Speaking to Punch, Mrs Ekong said a friend to their mother linked the family who offered to buy the children to ritualists.

The parents then began making plans to sell the children but when they told her, she cursed them and vowed to report the matter to the police, which made them abandon the children.

She then became responsible for the kids.

“I suffered to raise the children by engaging in menial jobs and weeding people’s farm for meagre wages, just to keep the kids,” Ekong added.

However, she has now gone blind and finds it difficult to raise her grandkids on her own.

She said: “I cry for these children each day they leave for school without food and no writing materials in class. Now, I can’t help them. Their parents ran away as they failed in their plot to sell them to ritualists.”

She appealed to the Akwa Ibom State Government and non-governmental organisations to assist her in training the children as their parents had abandoned them.

Nnamdi Kanu to appear in court May 18 —Defence counsel

2023 election: Politicians are sponsoring news to cause chaos – Buhari