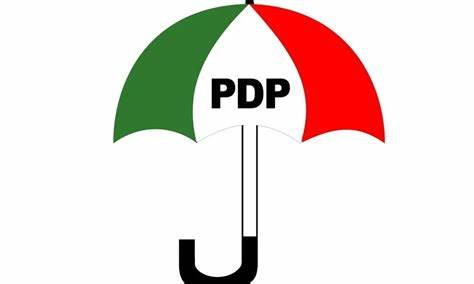 A national delegate of the Peoples Democratic Party has shared their own account of what happened at Anambra State Ward congress over the weekend.

A member of the team, Capt Frank Ntima who narrated what happened at the congress in a letter addressed to the national chairman, national organing secretary of the opposition party and others, confirmed that the original result sheet was left at the hotel.

Ntima however said that Chairman of the panel, Jibrin Ahmed told the state party members that they will return to their hotel for collation after the election, but tempers rose with this.

The national delegate further revealed that after Jibrin told the party members that he would go get it or send someone, they refused and alleged that he wants to run away. He added that they asked him to send someone to bring it.

According to Ntima, they were held hostage for hours but they agreed with stakeholders to cancel the exercise after it became obvious that the original result sheet was not forthcoming.

He also said after he left Anambra for Enugu, another drama ensued and he was coaxed to sign the paper for the press conference which was held afterwards for his safety. 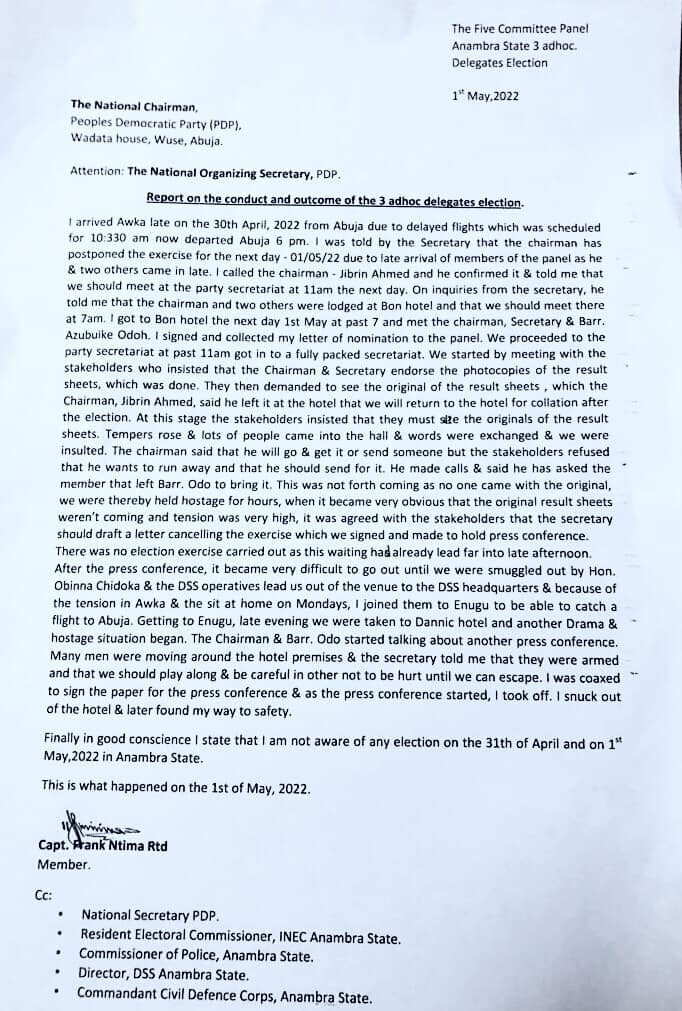 “How do you want want a serious relationship with someone’s wife?” – Vimbai Mutinhiri Ekpenyong shares message she received from a man

Musician killed as security operatives and gunmen clash in Imo