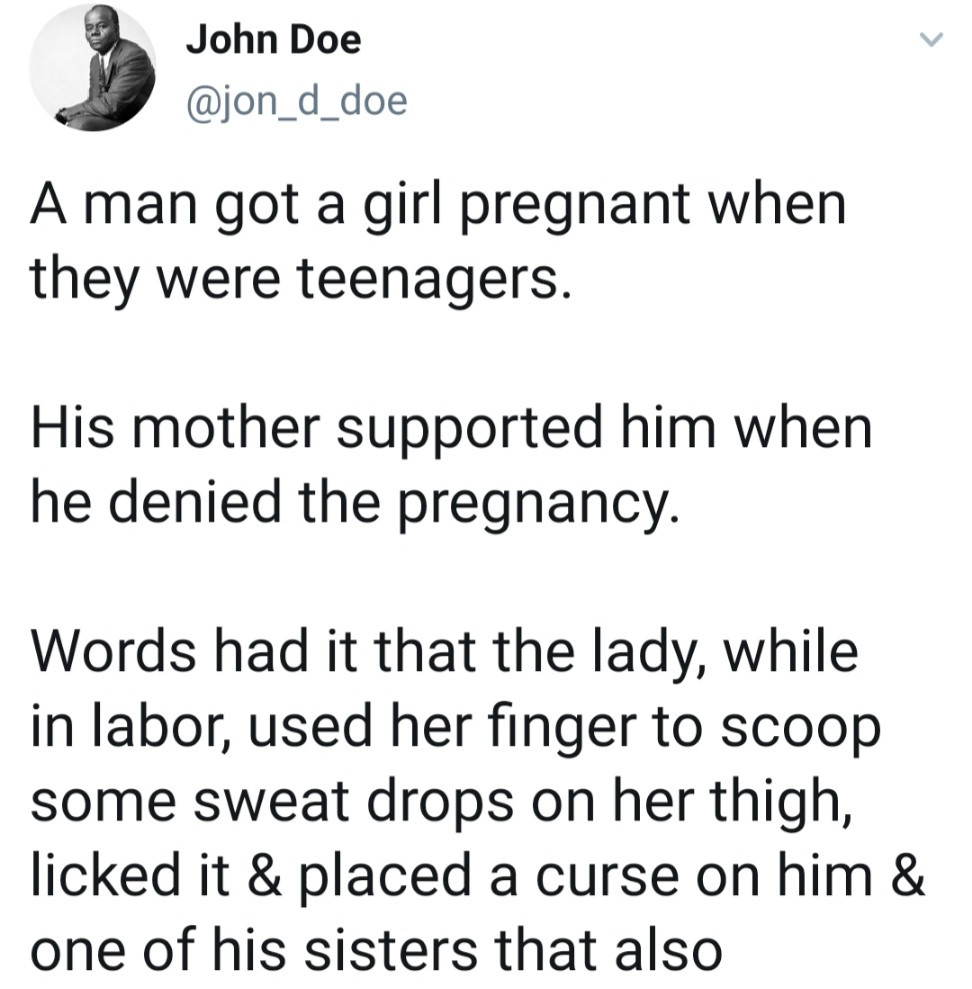 A man has narrated what became of a man who impregnated a young woman and denied the pregnancy.

He explained that the man got a woman pregnant when they were both teenagers and he had the support of his mother and sister when he denied the pregnancy.

During labour, the teenage girl placed a curse on her child’s father and on his sister.

The narrator said the curse ended up coming to pass in the life of the man, his mother, and his sister.

He then warned men to be careful about “taking advantage of a woman’s innocence”.

Read his tweets below. 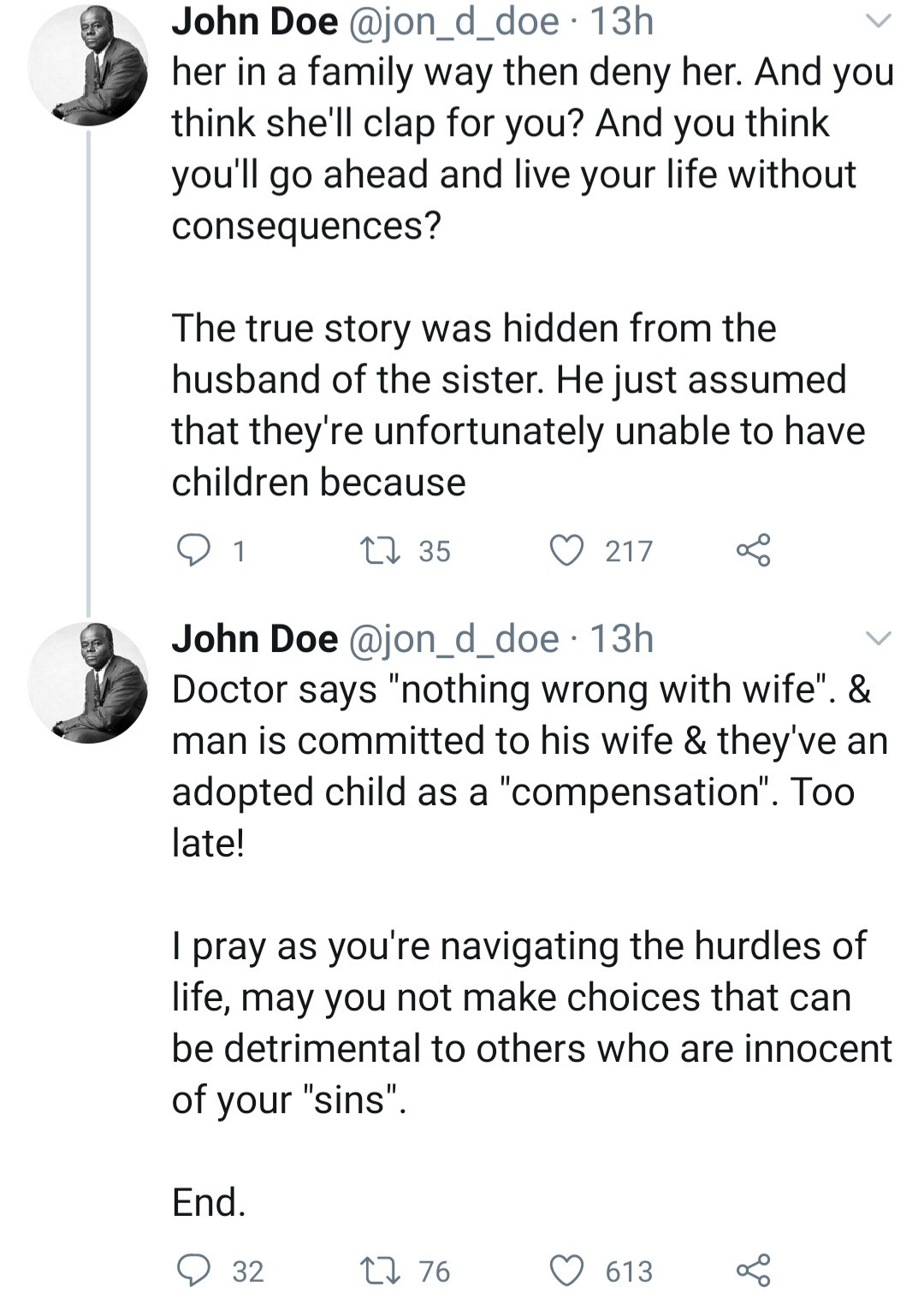 APC presidential ticket: Osinbajo, Tinubu, Fayemi, others fail to agree on consensus as they meet in Lagos (photos)

Terrorists kill 17-year-old kidnap victim in Kaduna, release 21 others after payment of over N2m and three brand new motorcycles as ransom