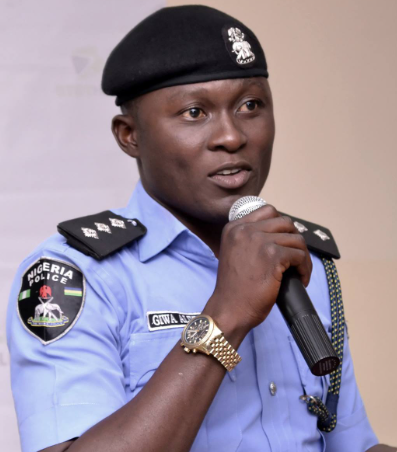 Popular police officer, Aliyu Giwa, has shared an intriguing story of how a mother was left in shock after her son who was a member of the choir, confessed that he was part of a robbery gang and even hid the ammunitions in the church.

In a post shared on Facebook, Aliyu mentioned that the sister of the suspect had gone on social media to accuse the police of unlawfully arresting her brother and accusing him of armed robbery. His mother also accused the police of wrongful arrest, insisting that her son can never be an armed robber.

He said everyone was left in shock after the suspect confessed to committing the crime. His post reads;

”To be honest, many times I’ve learnt that, one should never judge a book by its cover.

First impression matters, they say! True or False? Sometimes that postulation doesn’t work. My opinion though…

Well, only God knows the heart of a man!

So few years ago, on one of my instagram posts. Someone commented “your stupid & useless colleagues are at it again; oh, please check your DM.”

Here is my STORY!

After checking my DM I reached out to the person and asked “what happened ma’am?” And she explained that her brother was arrested for no reasons! I was astounded at her response ‘For no “reasons”?! Police wouldn’t just come to your house to arrest you for no reason.

To cut the long story short, I implored her to meet me the next day at the department where her brother was arrested which she graciously conceded to.

Before the next day, the story had gone viral on SM. I received series of insults and DMs. One funny part about the story was that when she posted the story, she didn’t put the part that it was an “Armed Robbery Case.” The story had a different coloration compared to what she told me. But as a Policeman who is presumed to be everybody’s friend, I just kept mute anxiously waiting for the next day to come. At some point, the next day became too far for me because the tags, Insults & DMs were becoming unbearable.

Fast forward the next day.

At about 8:35Hrs my phone rang, So I picked “Hello, please who’s this?” The caller responded “I’m Mama A, mother of the boy that was unlawfully arrested. We’re here already. So i replied “Oh ma’am, good morning ma’am, I will meet you up there” Mama A: Okay my son (with a teary voice).

In my mind I was like – God have mercy o.

Got there & met them with the IPO (investigating Police Officer).

Me: Morning! Wetin happen? What’s the case about?

Me: Okay! Then what’s s this guy’s connection with the case on ground!

IPO: He’s part of them Sir!

Mama A: screamed “Blood of Jesus” my son is not brought up that way! God forbid oh! My son can’t be, wouldn’t be and will never be an armed robber.” He’s a shining star! The devil will never get me and my family! (She was crying profusely.

I said to her “Please Mummy just calm down, we will get to the root of the case”

Mind you, the Pastor to the church he works for was there too. So I told the Pastor “Daddy, please help us talk to Mummy she should just calm down”

Pastor: my son I must say, I am not happy with ur men!

The Sister that made the thread and post about the arrest of the Boy was getting rude too! Omo! Menh! Instant headache just hook me.

So I said to the everybody (IPO, Mama A, Pastor, etc) “Oya let’s go meet the Officer In Charge (OC) of the department.”

At the OC’s Office, the following conversations ensued;

Me: Good morning Sir! “Banged my leg and saluted”

OC smiled and said “u came for this matter?”

The boy came in! Immediately I saw the guy, then I got scared. “He was looking really cool and calm. He really looked responsible and cool headed.In my mind I said to myself this guy must be innocent. Hmmmm! “God have mercy oh”

What i am going to do o? And my phone never stopped beeping since the previous night.

Immediately the OC said “Giwa, I saw what the sister wrote on the Internet! I wanted to read the story on SM out so that the Everybody could hear what she wrote.

One DM just appeared from no where saying; “You this bastard you & your fellow police officers will die young, your families will die too” Omo menh! I just weak!

So I read what she posted.

And the Pastor called her name and said “I told you not to say anything until after we are out it.

To cut it short!

IPO: he has confessed!!

IPO: that he just helps them keep the arms!

Mama A: screamed “Jesus oh” the devil is a lair! Blah blah in her dialect”

IPO: he said he will take us to the place he hides the gun and ammunitions.

OC asked “Where do u hide them?”

Boy: inside the church (instrument store).

The Pastor couldn’t hold it, he starting shouting.

In all these, his sister was already making another thread on twitter insulting me, the OC and the IPO!

I decided to check my phone during that awkward moment, na so I see my mentions! I was like wetin I do now? His sister stood and left the OC’s Office before I noticed what she had posted.

To cut it short!

OC: IPO take the boy and go get the arms and ammunitions.

When they got to the church (music instrument store) they found a bag with 1 Ak47, 2 locally made guns and ammunitions.

Afterwards the boy confessed that he followed them for operations “only 2 times”. And the second time was the day they shot 3 people dead.

How long have u been helping them to hide the arms and ammunitions? He said “about 2years now”

The mummy didn’t know he had a car! He & his friend told the friend’s dad that he’s into Yahoo Yahoo! That’s where he got the money from.

Subsequently, the sister and his friend either deleted their social media handles or changed their names! My people please have it in mind that not all threads on SM are what they portend to be. Before taking sides you need to hear from both parties. Let’s use the social media to positively influence ourselves and tell good stories of our society. Not using it to give false information and condemning what our society has built. Not using it to bully people and stereotyping them!

Eventually, the guy and his gang were charged to court” 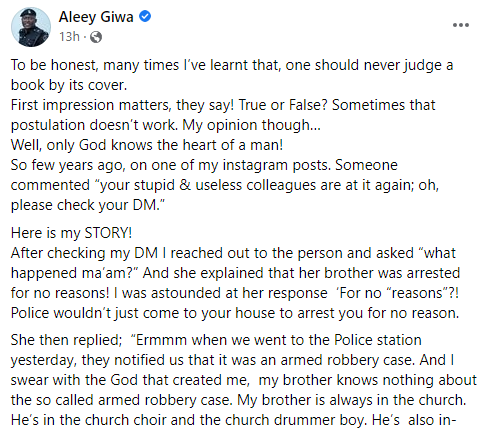 NDLEA arrests pregnant woman with 34.4kgs of cannabis in Rivers

NDLEA arrests pregnant woman with 34.4kgs of cannabis in Rivers