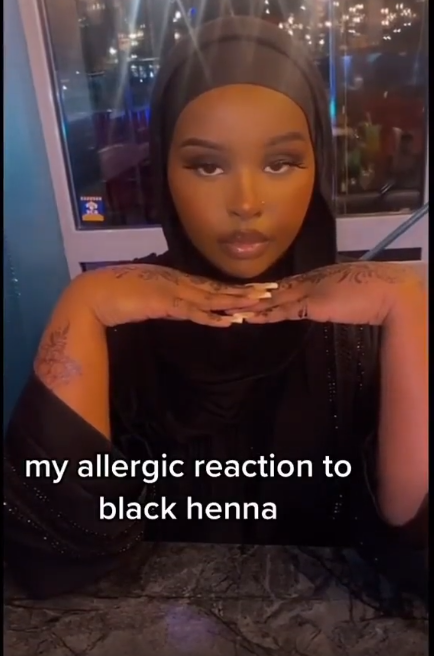 A lady has narrated how she had an allergic reaction to a black henna.

According to the social media user, she should have known the henna artist was dodgy when she refused to show the ingredients she used to another lady. She disclosed that she won’t wish the pain and misery she’s passing through on her worst enemy.
The lady also said she and her doctor have tried everything and she has been given infection-stopping creams and cooling agents, but they’ve not helped.
She also disclosed that she’s on the strongest type of anti-histamine and strongest infection stopping pills. She also said that her doctor told her the last drug he gave her is their last resort.
The lady concluded by saying sometimes she’s unable to walk because her feet are swollen and she’s now learning the hard way.

Watch the video below…..

Forever in our hearts – Leke Adeboye pays tribute to his older brother, Dare, on his one year death anniversary

Married women protest against young women in Owerri, say they are using ‘indecent dressing’ to snatch their husbands (video)