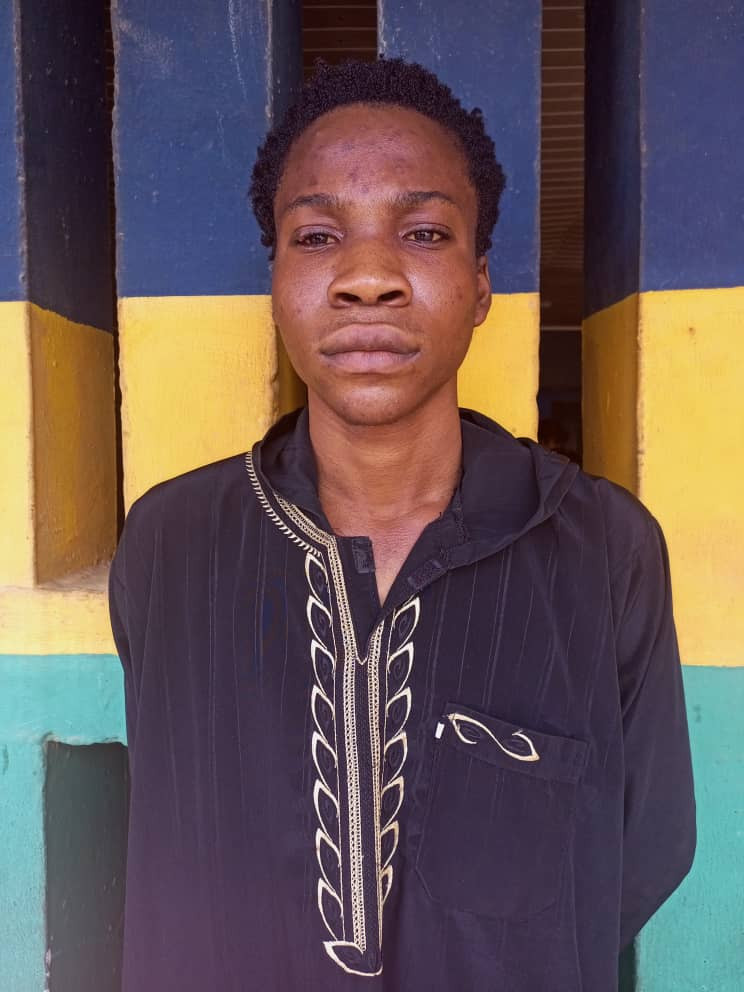 A 25-year-old man identified as Ebenezer Adeshina has been arrested by men of Ogun state police command for alleged rape and blackmail of a 16 year old girl (name withheld).

The suspect was arrested on May 6 following a report lodged at Owode Egbado divisional headquarters by the victim, who stated that she met the suspect on Facebook sometime in 2021, and they began chatting.

The victim told the police that her phone got spoilt along the line, ao she could no longer chat with the suspect. However, in the month of March this year, the suspect called her and asked why she didn’t chat with him anymore, of which she informed him of her spoilt phone.

She said the suspect then asked her to come to his house to collect the sum of three thousand naira for the repair of the phone. On getting there, she said the suspect offered her a drink which she took unknown to her that the drink had been laced with a sedative drug.

She said immediately after she took the drink, she became unconscious and the suspect used the opportunity to have unlawful carnal knowledge of her against her wish. After having sex with her in a state of unconsciousness, she said the suspect took her nude pictures and started threatening to upload the pictures on social media if she didn’t pay him the sum of fifty thousand naira.

Confirming the incident, DSP Abimbola Oyeyemi, spokesperson of the state police command said upon the report, the DPO Owode Egbado division, CSP Muhammad S Baba, detailed his detectives to go after the suspect. He said the suspect was eventually apprehended and he has confessed to the commission of the crime.

Abimbola added that the commissioner of police, CP Lanre Bankole, has ordered the immediate transfer of the suspect to the anti-human trafficking and child labor unit of the state criminal investigation and intelligence department for further investigation and possible prosecution.

“That day in China, I felt a sense of hopelessness” Tara Fela-Durotoye shares personal details about her life and career in new interview