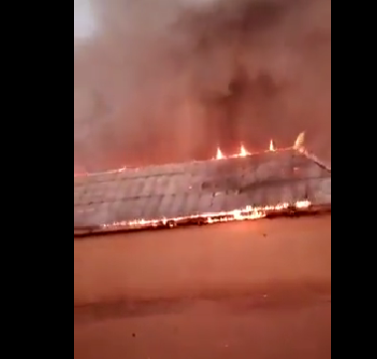 A pastor has allegedly been injured and many houses burnt as irate Muslim youths went in search of a lady who has been accused of blasphemy in Bauchi State.

According the Punch, the lady was said to have a shared a video on social media in which a convert spoke about the Prophet of Islam.

The lady in question is a government worker originally from Gombe, but married in Warji local government area in Bauchi state.

Muslim youths went in search of the woman after Juma’at prayers on Friday, May 20. When they didn’t find her, they went on a rampage, destroying properties belonging to Christians in the Katangan area of Warji Local Government Area of Bauchi State.

A number of Christians, including a Pastor of ECWA church, were said to have been injured by the Muslim youths.

This comes one week after Deborah Samuel, a student of Shehu Shagari College of Education, Sokoto, was lynched and set ablaze by her colleagues over alleged blasphemy. 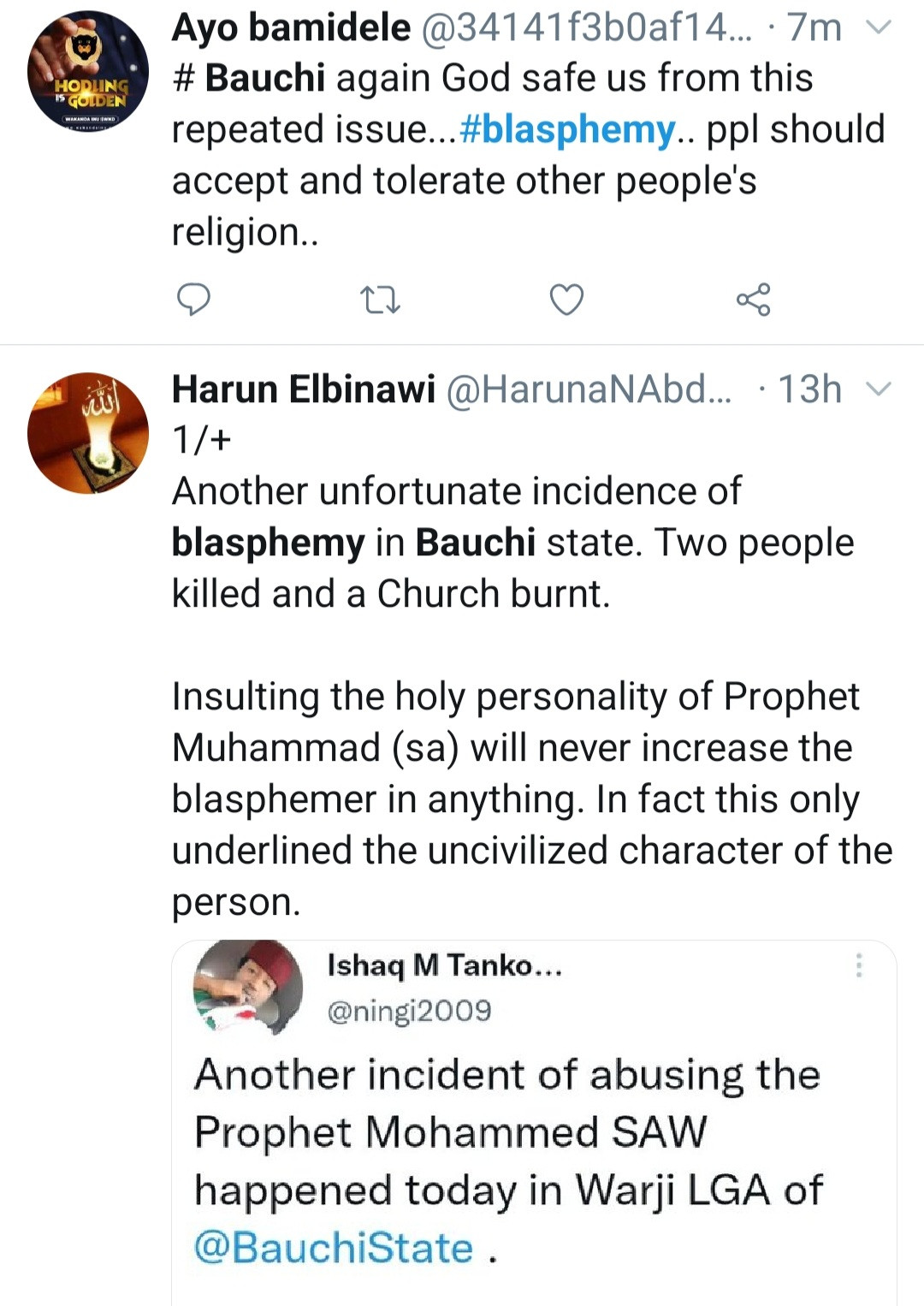 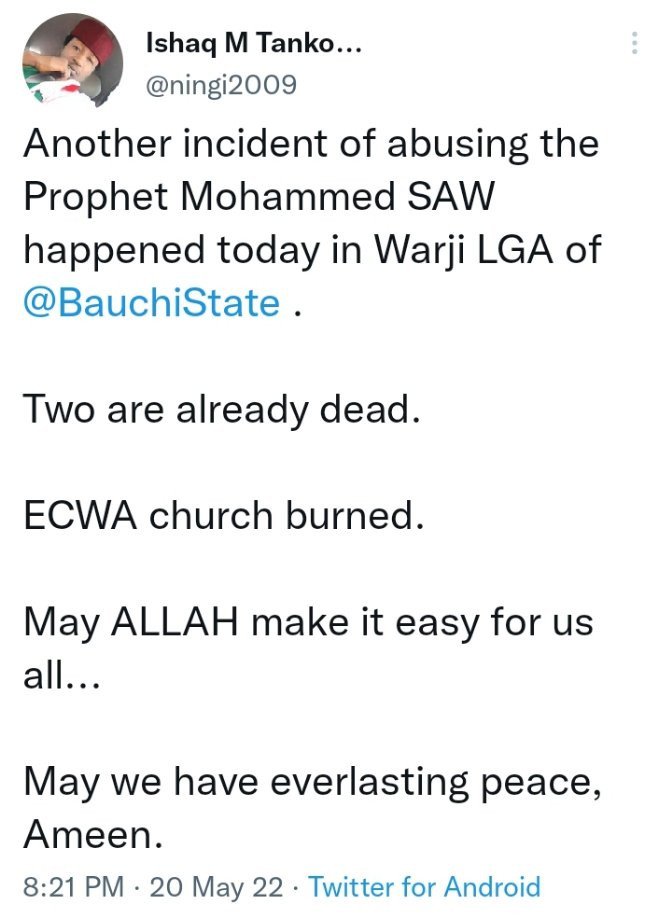