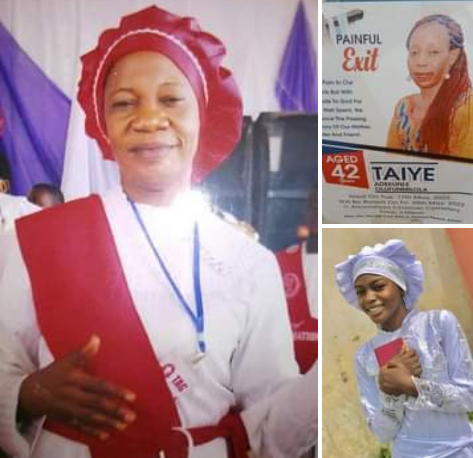 Ogunyemi Nelson Jude has narrated how three members of his church, Cherubim and Seraphim, died in the explosion that occurred in Sabon Gari, Fagge Local Government area of Kano State.

LIB had earlier reported that Mary and Prophetess Bimpe Omotoso died in the blast which claimed a total of nine lives.

According to Ogunyemi, Mary’s mother, Prophetess Monisola Olaemi was rescued alive but unconscious while the third woman, Taiye Adekunle Oluwafunmilola, was standing with Prophetess Omotoso when the explosion occurred, killing both of them.

KANO EXPLOSION: How I lost 3 of my church members.

On Tuesday 17 May, 2022 at about 9.00am Prophetess Monisola Olaemi (popularly called Iya Bisola) was in her shop where she sells Soft drinks and Snacks together with one of her daughters called Miss Mary, who wrote her first paper in the on going WASSCE on Monday but had no examination on Tuesday.

Miss Mary was to was to take over the selling because her mother was waiting for Prophetess Bimpe for them to attend prayer group meeting in our church at Ijebu Road by 10am.

While in shop another member of my church Mrs. Taiye Adekunle Oluwafunmilola (popularly called Iya Excel) came to meet Prophetess Monisola Olaemi as usual when coming back from her son’s school.

Both women are friends are busy discussing while waiting for Prophetess Bimpe Omotosho who promised bringing ice block to Prophetess Monisola Olaemi to use in her refrigerator/coolers because there was epileptic power supply in Sabo gari.

On arrival of Prophetess Bimpe at about 9.35am in her Honda Accord with the ice block, she quickly delivered it after exchanging pleasantry with them.

However, while standing by her car together with Mrs. Taiye waiting for Prophetess Monisola who went into the shop get something before leaving while her daughter Miss Mary was by the shop entrance.

Suddenly, an explosion occured outside where the vehicle was parked. ‘I thought it was one of my mineral that exploded and I went toward the cooler to check, that was what I can re-collect’ said Prophetess Monisola Olaemi (Iya Bisola) who was rescued alive but unconscious from the debris.

Her shop is located at Aba road by Court road( Rochas Okorocha Road) before African Center was on the ground floor beside another shop occupied by a Welder which was opposite Winners School that was separated by a narrow tared road of not more than 10 meters.

The Explosion brought down the upper floor of her shop and fell on her daughter who died instantly, shattered part of Prophetess Bimpe’s car, killed her and Mrs. Taiye who were also by the car waiting for Prophetess Monisola before going home.

This Explosion also affected the school building bringing down part of the building and terminated the lives of some people including the Welder whose body was shattered.

Heavenly Father, we have buried Miss Mary on Tuesday, Prophetess Bimpe on Wednesday and today Friday Mrs. Taiye please forgive them of their short comings and grant them eternal rest, grant the families the fortitude to bear the loss, provide succour to all their dependants, and wipe away the tears of all members of the Church, so that your Name will continue to glorified through Jesus Christ our Lord. Amen. 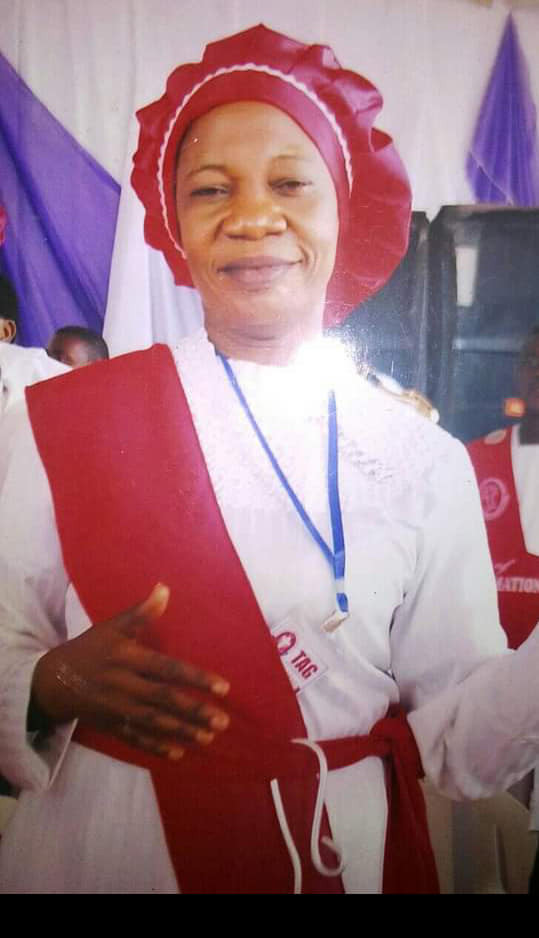 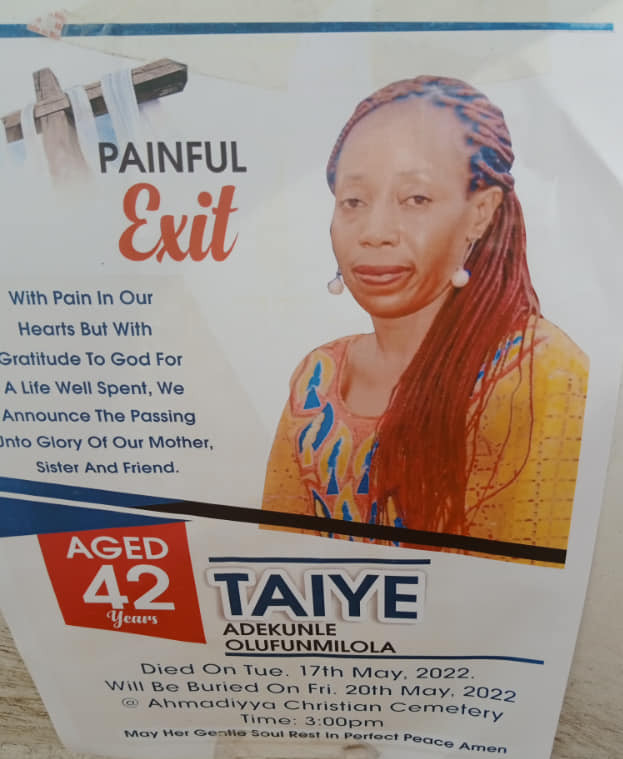 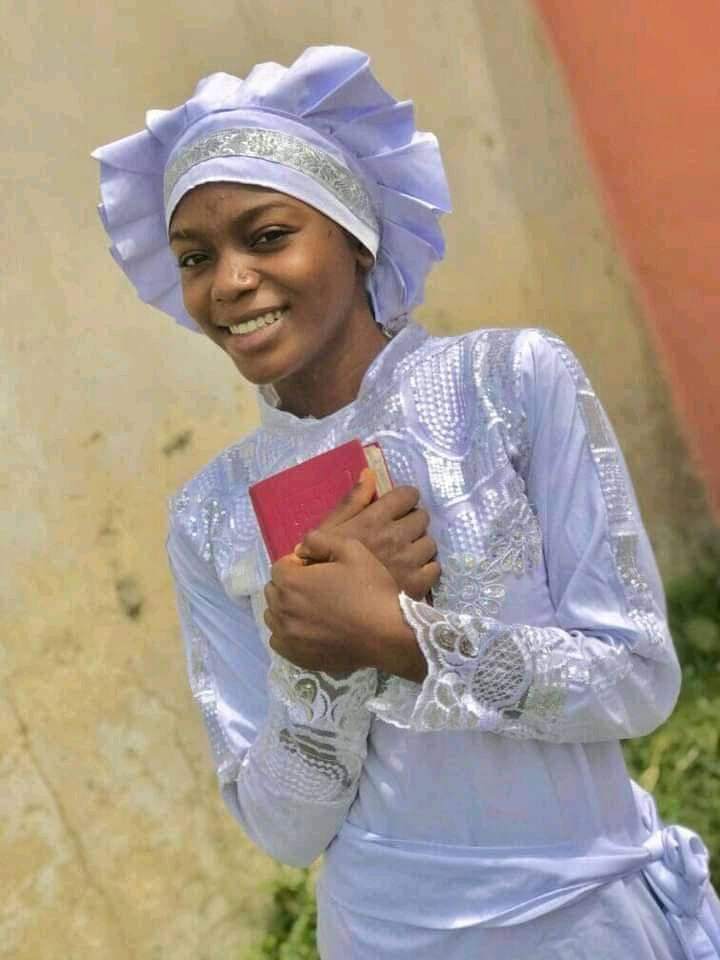 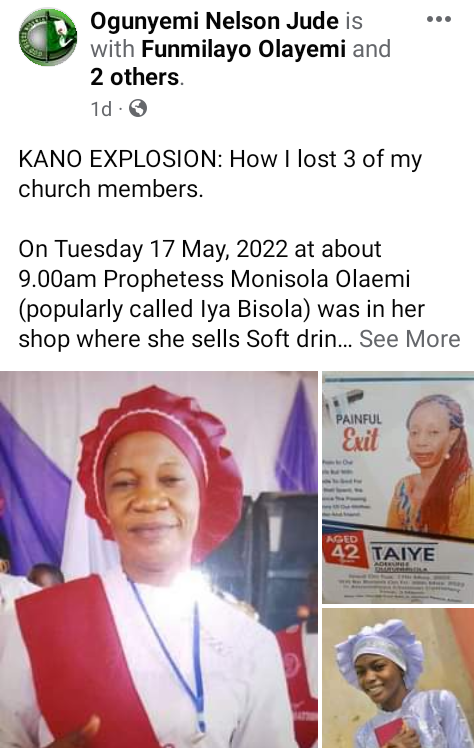 HIV doesn’t kill, it is the stigma, shame and the discrimination that do – Bisi Alimi marks 18 years of testing positive to HIV

Judge reverse decision to grant full custody of teen girl, 16, to her father after the girl’s mother said she got pregnant for the daughter after he rap3d her

A guy blocked me, stopped replying my messages after telling him I wasn’t a British citizen – Uriel Oputa