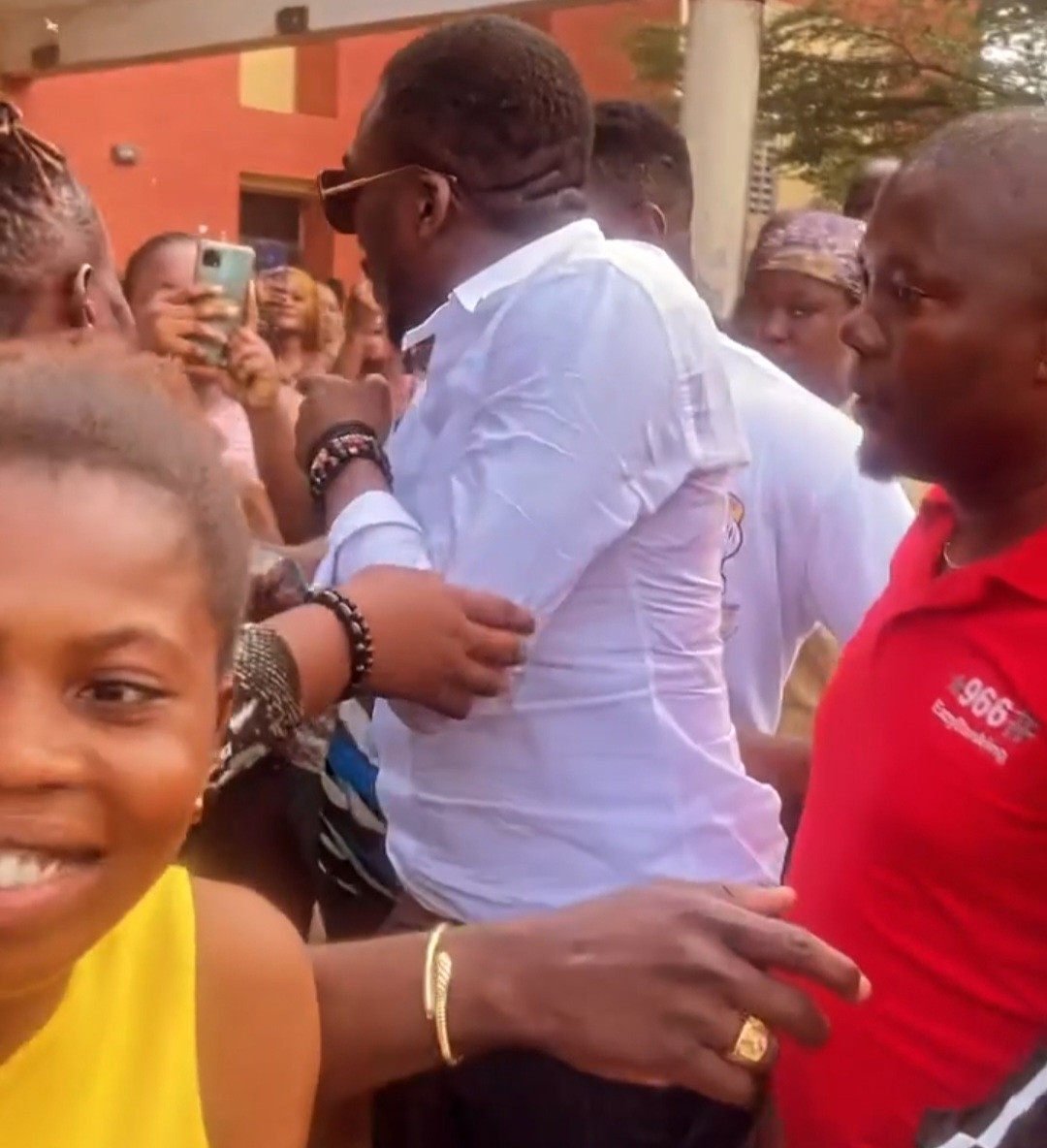 Bovi was given a hero’s welcome at his alma mater, Delta State University, years after he was almost expelled from the school.

The comedian shared a video from his visit to the school. He explained that he was invited by the Vice-Chancellor.

In the video, Bovi was surrounded by excited students of the school who wanted to take photos or get a glimpse of him.

He revealed that years ago, after his final papers, he faced a disciplinary panel in the school for three months and was almost expelled for alleged assault.

He added that it feels good to be celebrated by the school after all that happened in the past. 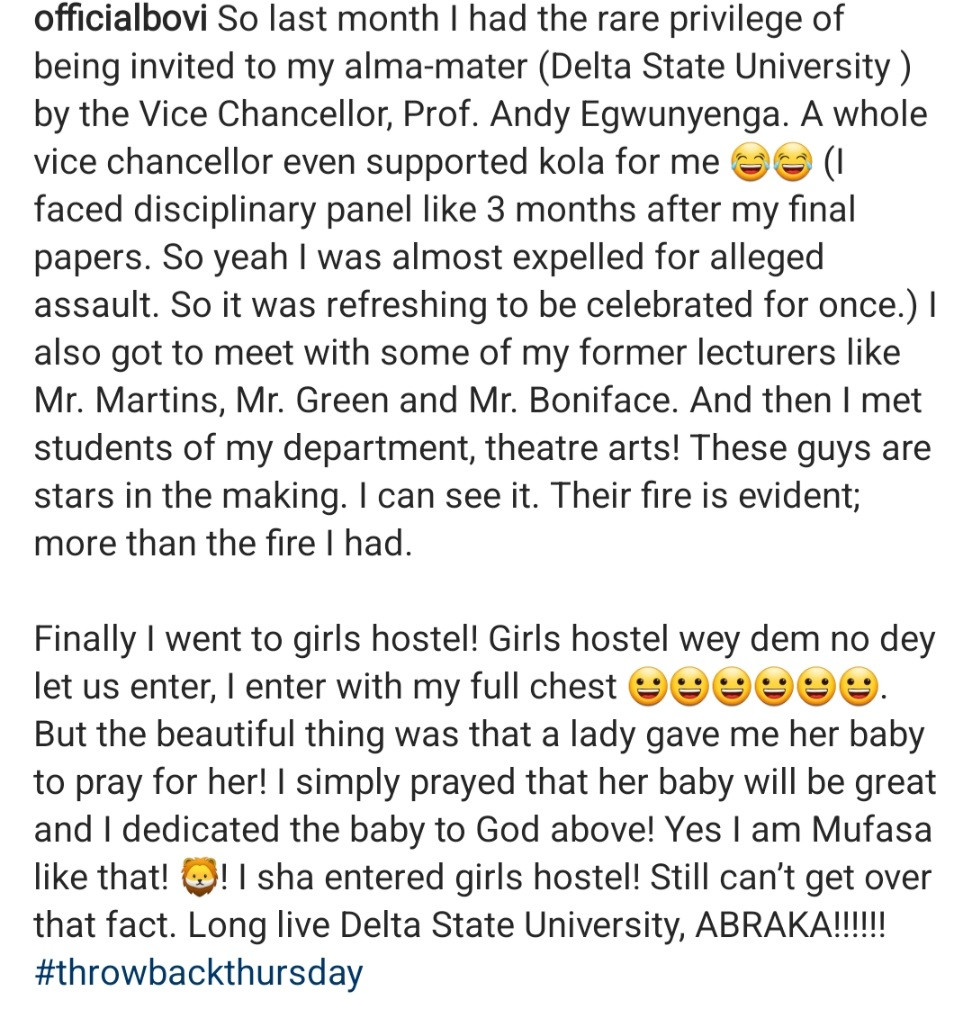 Watch a video from his visit below…