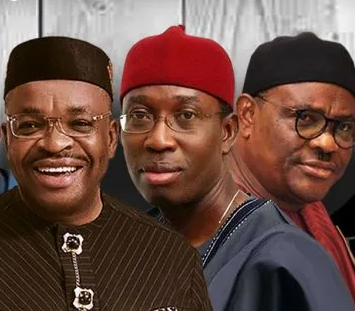 The Peoples Democratic Party PDP has three nominees for the position of its Vice Presidential candidate in the 2023 general elections today June 16. According to reports, those shortlisted include Governor Ifeanyi Okowa of Delta State, Nyesom Wike of Rivers state and Emmanuel Udom of Akwa Ibom state. The outcome of the screening exercise is expected to be made public on or before Friday, June 17 which is the deadline for the submission of Presidential candidates and their running mates to INEC. The post 2023: PDP to screen VP nominees Okowa, Wike and Udom, today appeared first on Linda Ikeji Blog.