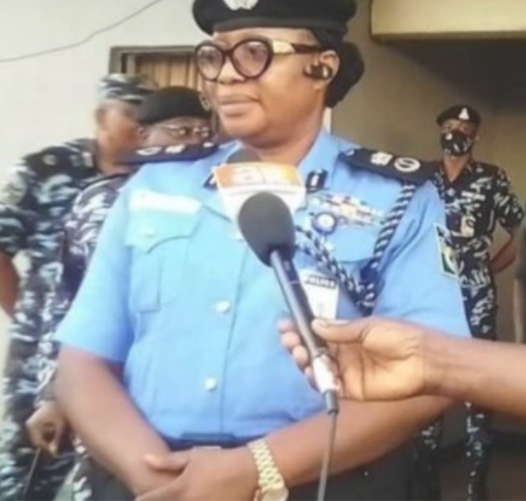 The suspects identified as Chimaobi Kalu, 25, and David Ogwo Orji, 21, were alleged to have murdered one Chimhurumnaya Udeh, 21, before selling her 11-month-old baby.

Agbede stated that the suspects tricked the victim who hails from Edda in Ebonyi State into a hotel known at Merry Home in Aba, killed and stole her baby who they later sold.

The CP revealed that the proprietor of the hotel, one Mr Felix Abengowe, had reported to the police that an unidentified female corpse with a sharp cut on her neck was found in one of his rooms on April 16.

She said police detectives swiftly went into action and by May 16, 2022, the suspects were arrested.

She said: “It was discovered that the suspects were motorcyclist operators who hails from Ugwueke in Bende Local Government Area of Abia State.

“Chimaobi Anyim Kalu resides at No 44 Nwogu street, while David Ogwo Orji lives at Umunkama roundabout all in Ngwa road area of Aba.

“Efforts are ongoing to arrest one of the fleeing suspects and recover the little Chimeremobi Silver who was purportedly sold by the suspects”.

Agbede said the suspects have confessed to the crime, adding that one Chukwuemeka James, who is currently at large had asked them to kill the victim and abduct her child.

She said they revealed they drugged the deceased with a mixture of Yoghurt and piriton tablets before stabbing her with a broken glass cup on the neck.

The suspects also admitted that they handed over the stolen child to a lady child trafficker, whose identity they do not know, on the instructions of James.

James later gave the arrested suspects the sum of N150, 000, which they shared equally among themselves.

Ex-Brazil star, Cicinho who started drinking alcohol at age of 13 admits he used to turn up for Real Madrid training drunk while suffering from alcoholism

PSG star, Neymar’s private jet ‘is forced into an emergency landing en route to his homeland from Barbados’

I don’t always like the term ‘strong woman’ because it means how much burden, heartbreak, devastation a woman can carry and keep going