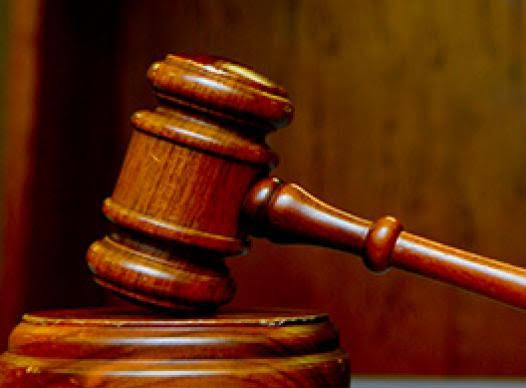 An Arabic teacher, identified only as Farouk, has been arraigned before an Ikeja Domestic Violence and Sexual Offences Court in Lagos State over a nine-count charge. He is alleged to have for fingered nine of his pupils ages seven to 13 years. According to Vanguard, a witness, named Mrs Oluchi Nwoke-okoi, a registered nurse and midwife, while being led in evidence by the state prosecutor, Mrs Olufunke Adegoke, said she was a staff of Women At Risk Foundation (WARIF) and had 15 years’ experience in midwifery. She testified before the court that she attended to the nine survivors and conducted vagina examination on seven of them after their mothers brought them to WARIF centre on February 20, 2019. “The survivors and their mothers were brought to the centre by police officers. We took time to question each of the survivors and also conducted vagina examination on them.Seven of the survivors said that the defendant, who is their Arabic teacher, on several occasions, inserted his fingers into their vaginas. The 8th survivor said the defendant only touched her breast while the 9th survivor told us that she was afraid to attend the lslamic class after her sister told her that the defendant inserted his fingers into her vagina.Vagina examination was carried out on them. Based on their histories and the vagina examination, the result shows absence of hymen. Conclusion is suggestive of sexual assault of minor,” she said Nwoke-Okoi told the court that the youngest of the survivors was seven years while the oldest was 13 years. During cross-examination by defence counsel, Mr A.O. Okonkwo, Nwoke-okoi said she was certified by the Nursing and Midwifery Council of Nigeria (NMCN), revealing that the vagina examination she did on the victims was within her area of practice. “I have a license to practice as a registered and certified midwife and the vagina examination I carried out is not outside my practice.Laceration of the vagina means bruises, injuries or scars on the vagina. In some cases, when the vagina is tampered with, there may be laceration or not.In the case of sexual assault, laceration can be seen when the survivor struggles or when penis, fingers or object is being forced into the vagina. In the same vein, hymen cannot be intact when the finger, penis or object is inserted into the vagina. It is not in my power to decide whose fingers penetrated the vaginas of the survivors and I disagree that scratching can tamper with hymen."It was gathered that the prosecuting counsel told the court that the witness was their last witness in the trial and asked the court to order the defendant to open his defense. Justice Abiola Soladoye adjourned the case until October 5 for the defendant to open his defence.The post Arabic teacher arraigned in court for allegedly defiling nine of his pupils of ages seven to thirteen appeared first on Linda Ikeji Blog.