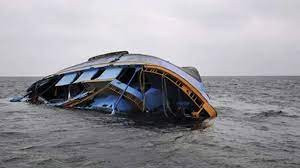 Corpses of the female corp member and three others including a 70-year-old chief from Otuan Community who drowned in Saturday’s boat mishap in Bayelsa State have been found.

According to sources in the community, the corpses of other victims of the boat mishap that occurred along with the Otuan and Ayama communities of the Southern Ijaw Local Government council area are still missing.

The boat accident was allegedly caused by bad weather, poor visibility, and the lack of life jackets for passengers.

According to boat operators at Ayama waterfront, the corpses of the victims, particularly the female corps member, identified as Immaculate from Rivers State and the 70-year-old chief from Otuan, were found floating on Sunday night close to the scene of the incident.

Confirming this development, Bayelsa State Chairman of the Maritime Workers Union, Comrade Ipigansi Ogoniba, said that the recovered corpses have been handed over the families of the deceased, while the two toddlers are still missing.

He disclosed that the authority of the National Youths Service Corps (NYSC) has been notified of the recovery of the corpse of the deceased female corps member.

Nigerian lady shares her experience with her friend’s abusive boyfriend