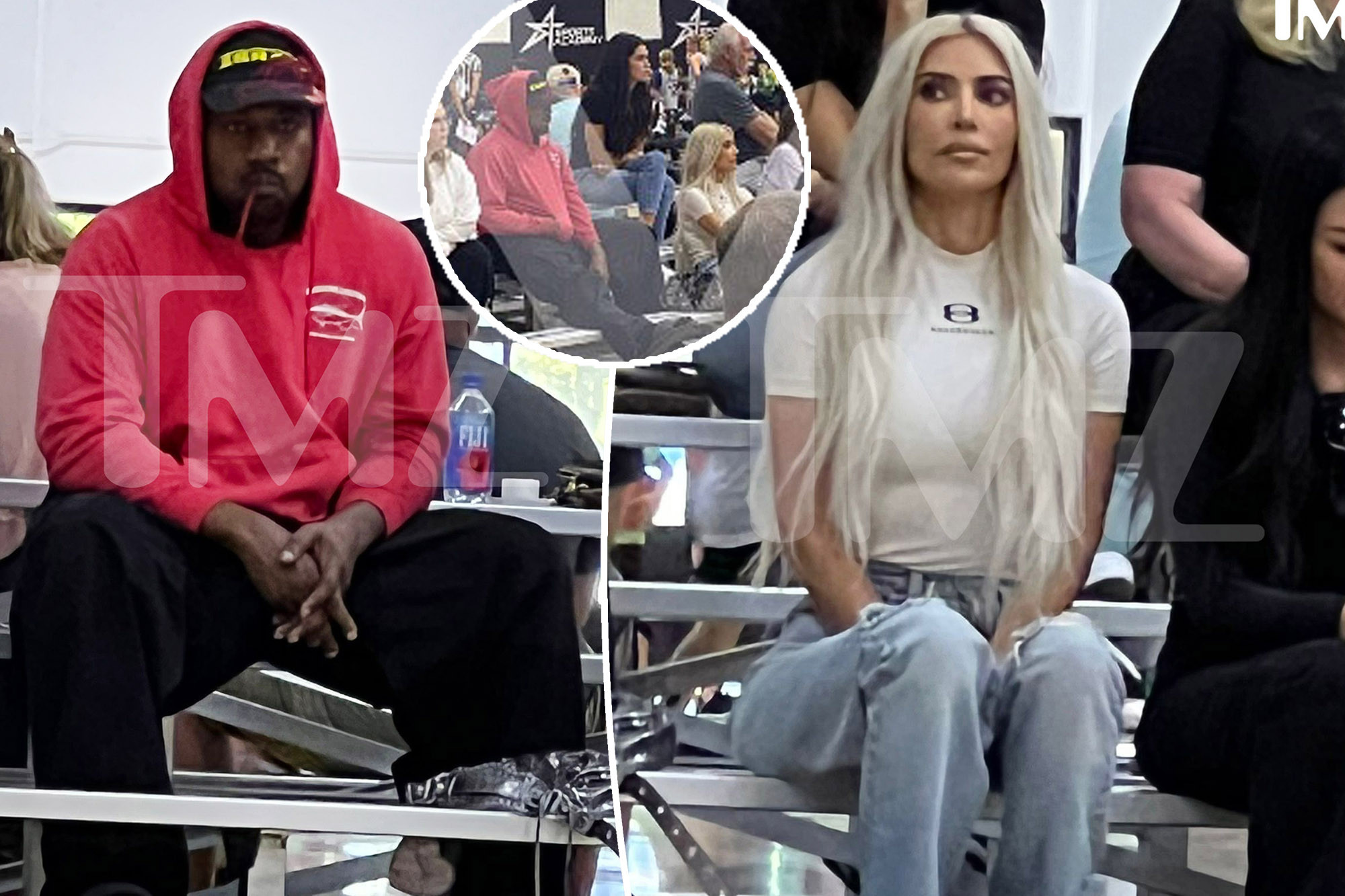 Kim Kardashian and her ex-husband Kanye West are reportedly now communicating again after their recent reunion at daughter North's basketball game. The reality TV star, 41, and the Donda rapper, 45, put their difference aside over the weekend to come together and watch their daughter North play basketball at a gym facility near Thousand Oaks, California,The former couple sat nearby each other as they watched their eldest child play a league basketball game for kids. They also reportedly shared a car on the way there. Eyewitnesses stated that the pair 'spoke from time to time throughout the evening and appeared cordial' as per TMZ. They also stated that the parents kept a low profile and did not engage in too much cheering, appearing not to want to draw any attention to themselves.  The publication also said Kim and Kanye later attended a family lunch together after watching daughter Chicago's dance recital on Saturday, with sources claiming they maintain an open relationship regarding the co-parenting of their children.  Others in attendance included Khloe Kardashian, her under-fire partner Tristan Thompson and family matriarch, Kris Jenner.  TMZ said the relationship between the exes was a 'work in progress' and that discussion of dating was completely off the table.The post Kim Kardashian and her ex-husband Kanye West ‘communicating again’ after their recent reunion at daughter North’s basketball game appeared first on Linda Ikeji Blog.

”I have never worn a pant since I was 18”- Nkechi Blessing Sunday responds after her ex-boyfriend, Opeyemi Falegan, accused of not changing her panties for three days while they dated

Update: Man punched by Mike Tyson on plane identified as a thief and fraudster