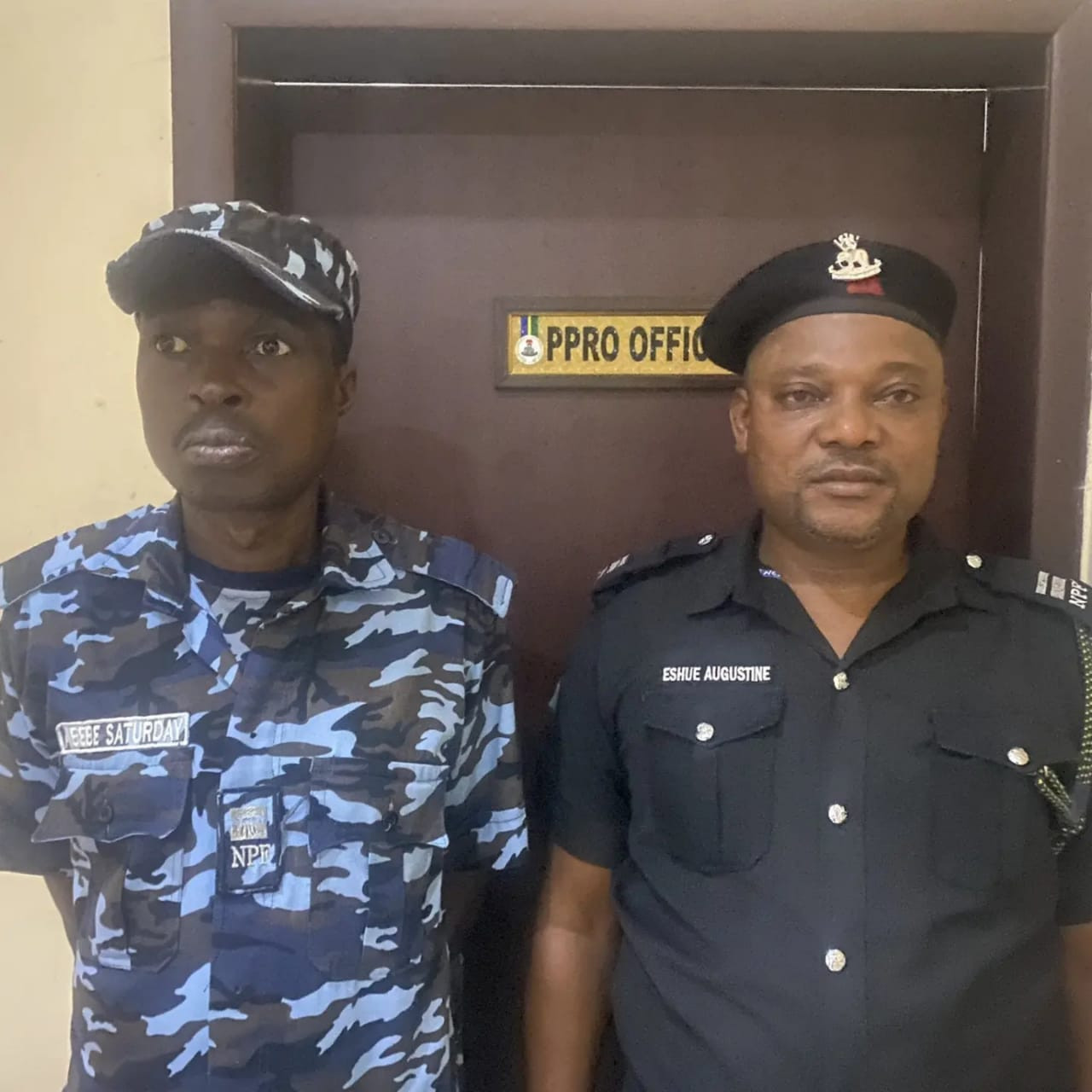 Two police officers are to face disciplinary action for extorting N400,000 from a citizen

A Twitter user had come on the microblogging site to cry for help after the officers allegedly stopped him and extorted the money from him. 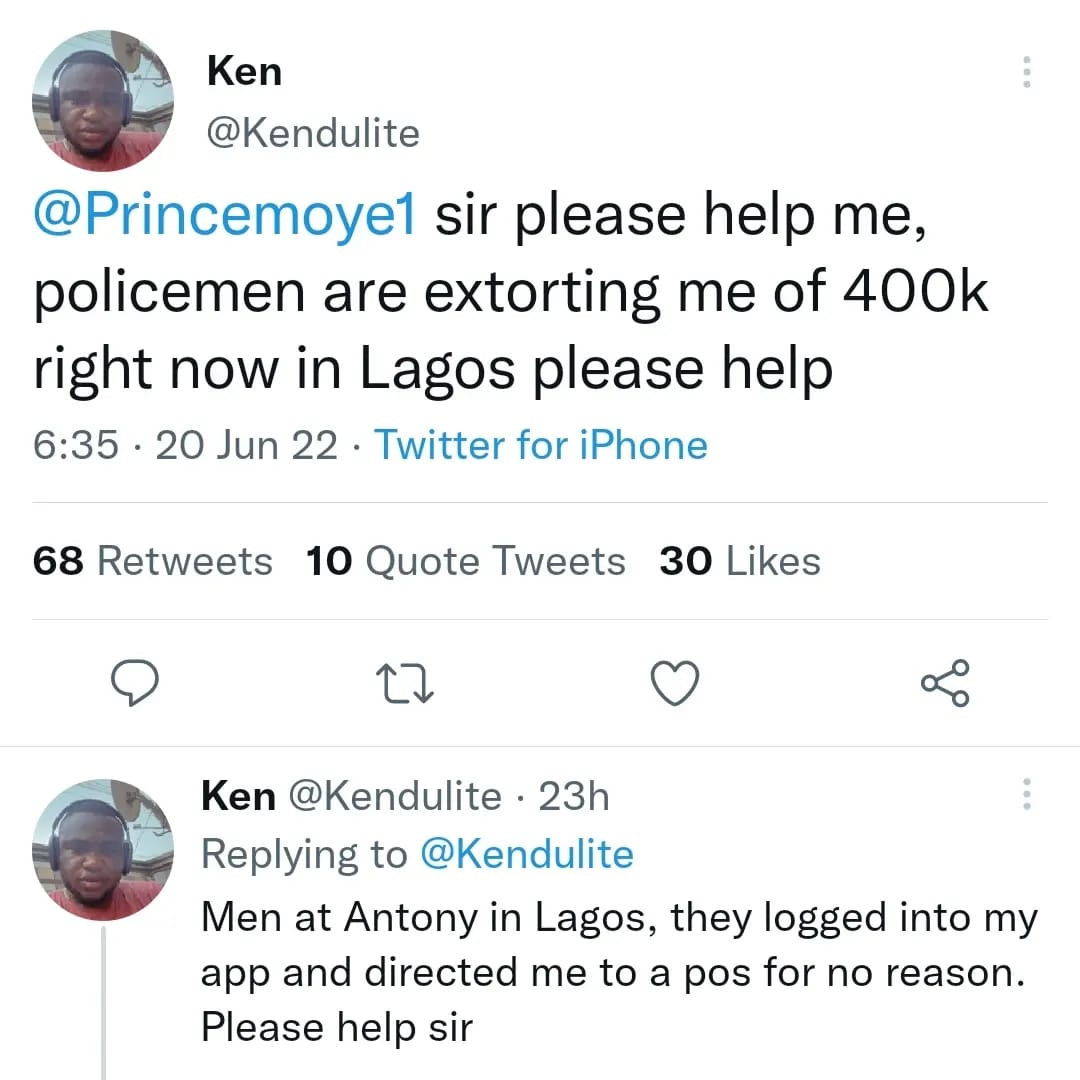 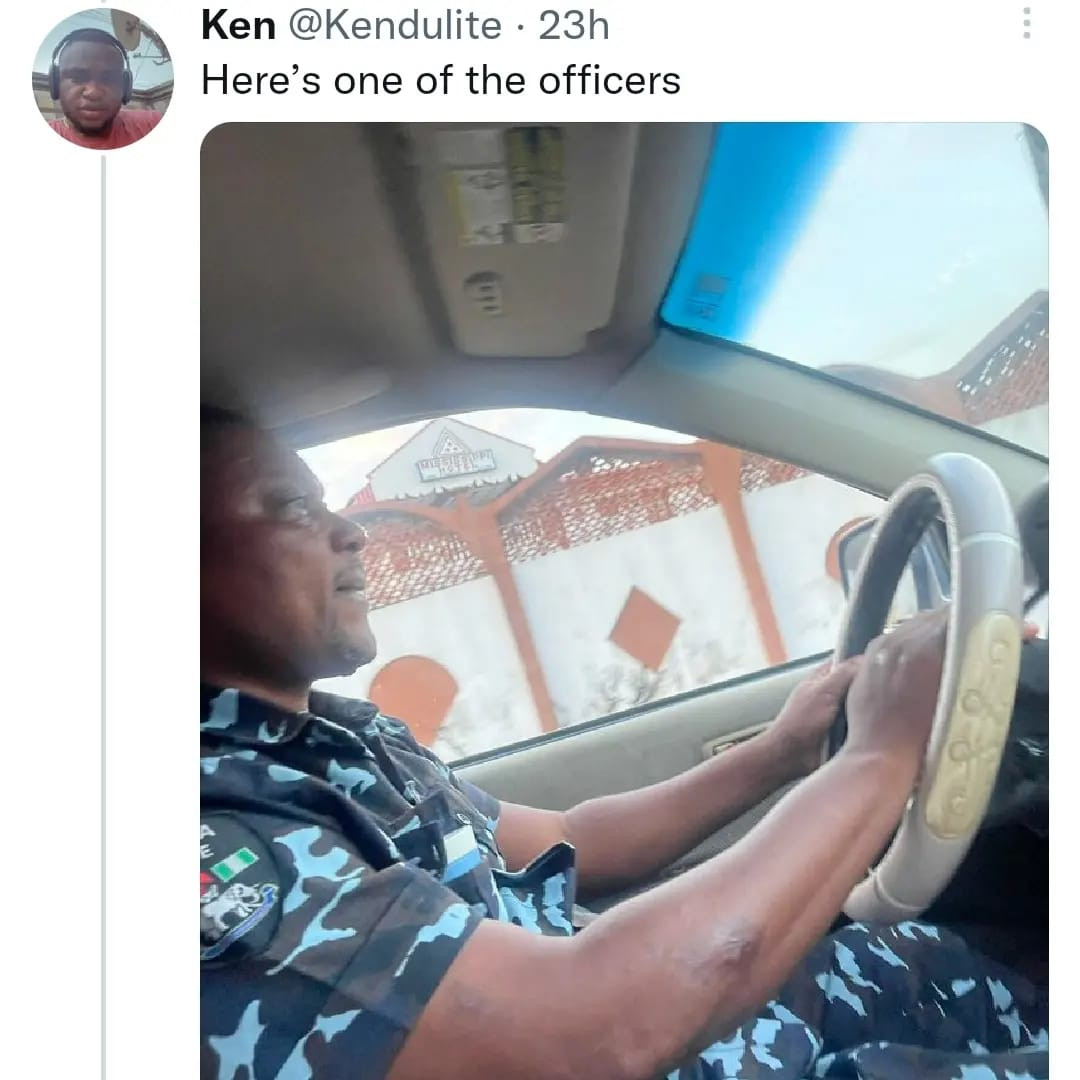 The spokesperson of the state police command, SP Benjamin Hundeyin, stepped into the case and after a detailed investigation, the erring officers were arrested. Hundeyin apologized to the Twitter user and added that the officers will face disciplinary action. 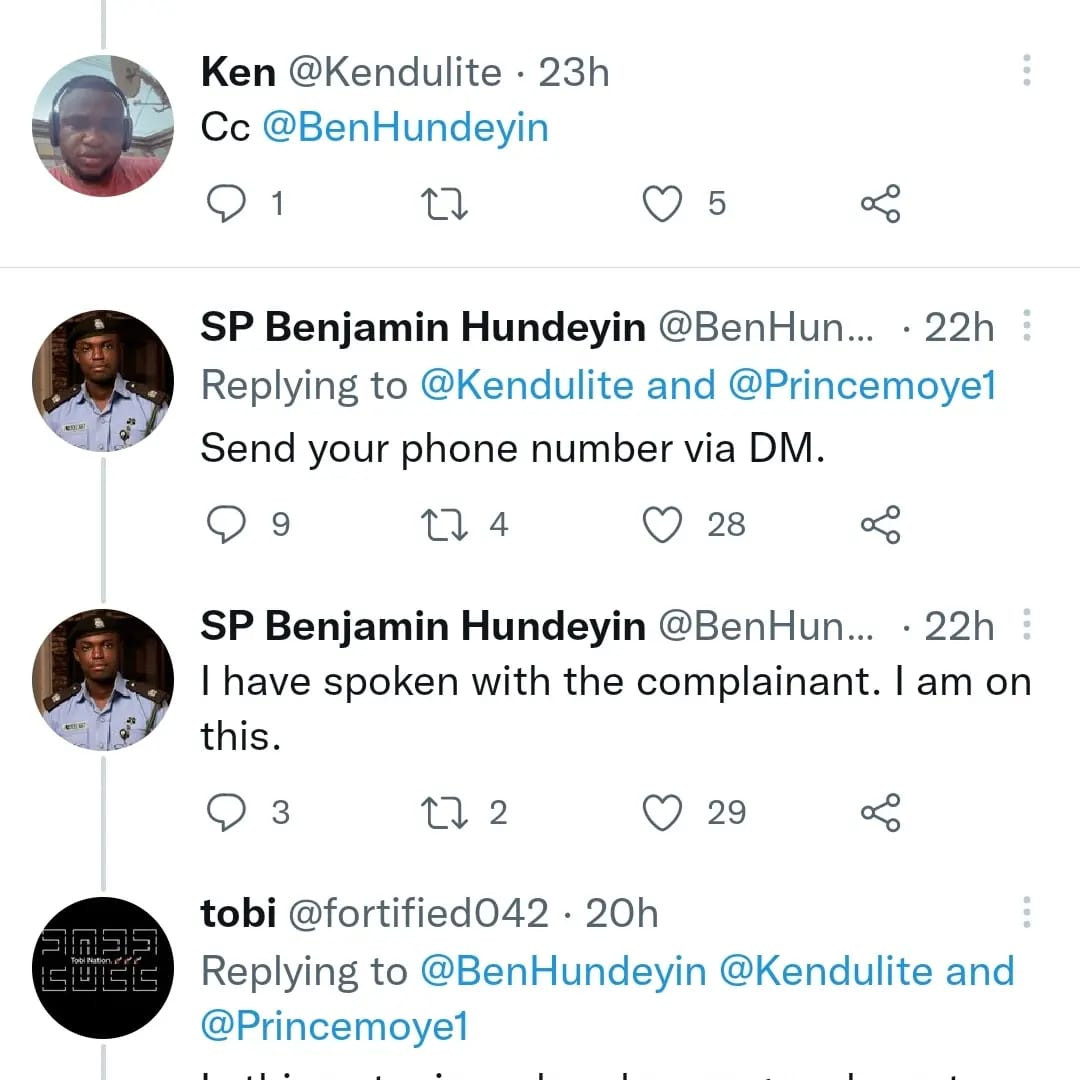 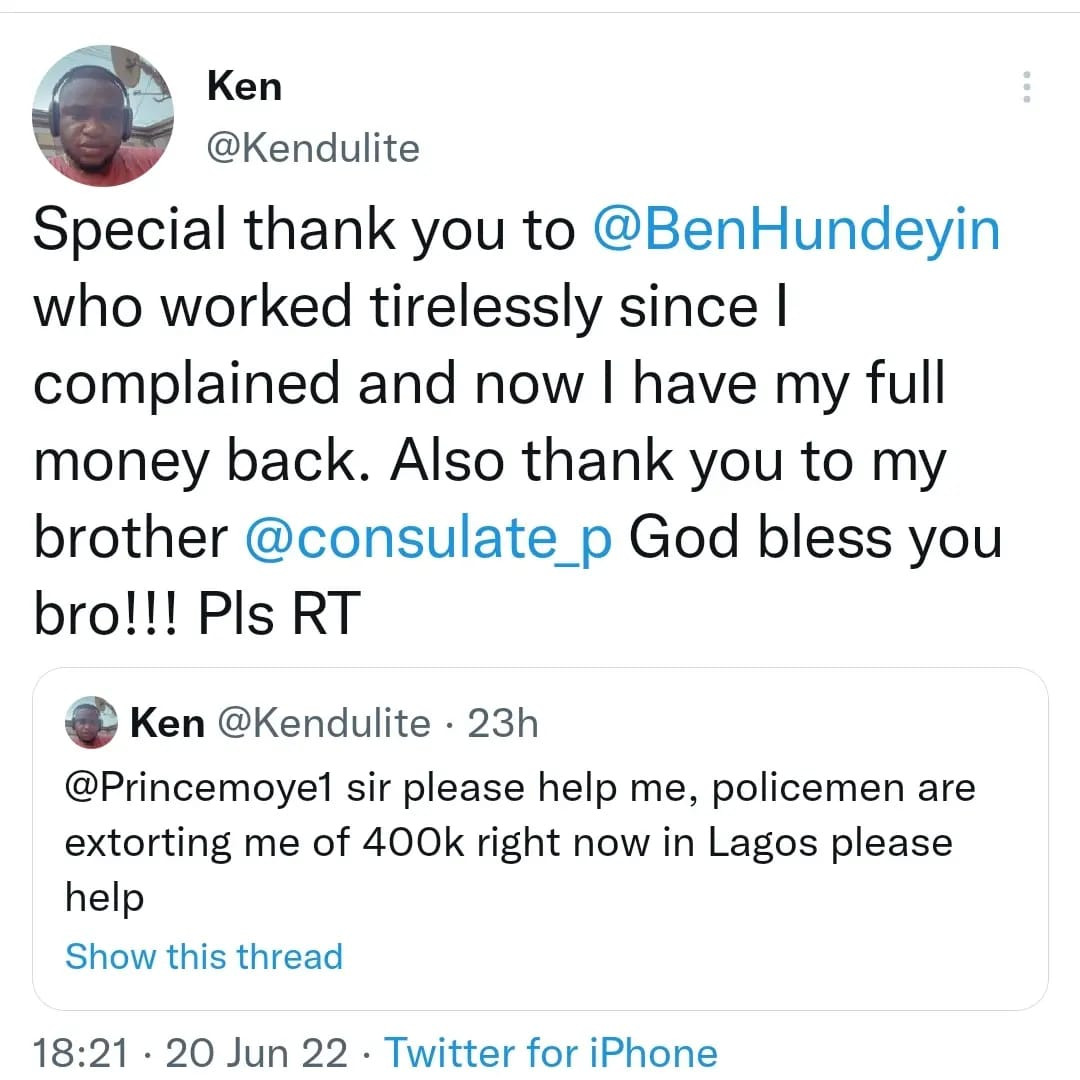 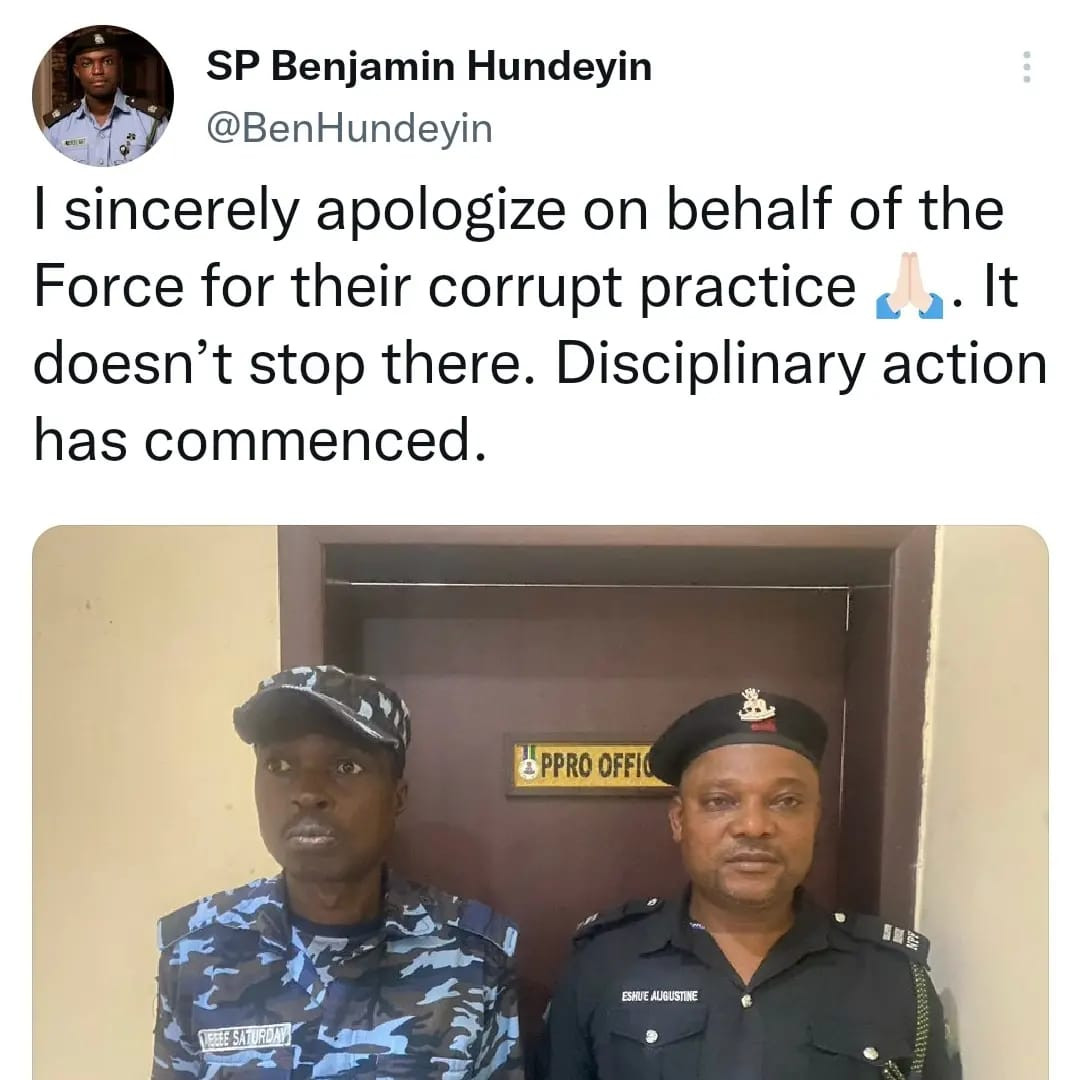 Police officers forced out of police station by bees (photos)

Peter Obi will do well as a Minister of Economy, he doesn’t have the structure and Igbos are not ready for presidency

“Please do not lose your faith in God because of me”