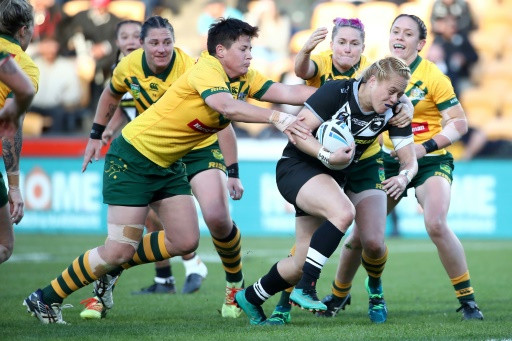 Rugby league has become the second sporting code  to ban transgender athletes from women’s international competitions after a landmark decision made by FINA.

On Tuesday, June 21, the International Rugby League said that further consultation and research were required to finalize a new policy for 2023, and cited the “welfare, legal and reputational risk” to the game and players for the decision.

Until then, transgender women players “are unable to play in sanctioned women’s international rugby league matches,” said a statement from the game’s global governing body.

“It is the IRL’s responsibility to balance the individual’s right to participate … against perceived risk to other participants, and to ensure all are given a fair hearing.”

This means transgender athletes will be banned from this year’s Women’s Rugby League World Cup in England in November.

The decision comes one day after swimming’s governing body FINA announced trans-athletes would be restricted from racing in female competitions.

A FIFA spokesperson told Reuters it was “currently reviewing” its gender eligibility regulations in consultation with expert stakeholders.

“Due to the ongoing nature of the process, FIFA is not in a position to comment on specifics of proposed amendments to the existing regulations,” they added.

“We see an international federation asserting its primacy in setting rules, regulations and policies that are in the best interest of its sport,” he told BBC Sport.

“This is as it should be. We have always believed that biology trumps gender and we will continue to review our regulations in line with this. We will follow the science.

“We continue to study, research and contribute to the growing body of evidence that testosterone is a key determinant in performance, and have scheduled a discussion on our regulations with our council at the end of the year.”

"It will be something that has not been seen before" – South Koreaâs president, Yoon warns of unprecedented response if North Korea carries out nuclear test

Wigan confirm Kolo Toure as their new manager after his younger brother, Yaya, turned the offer down