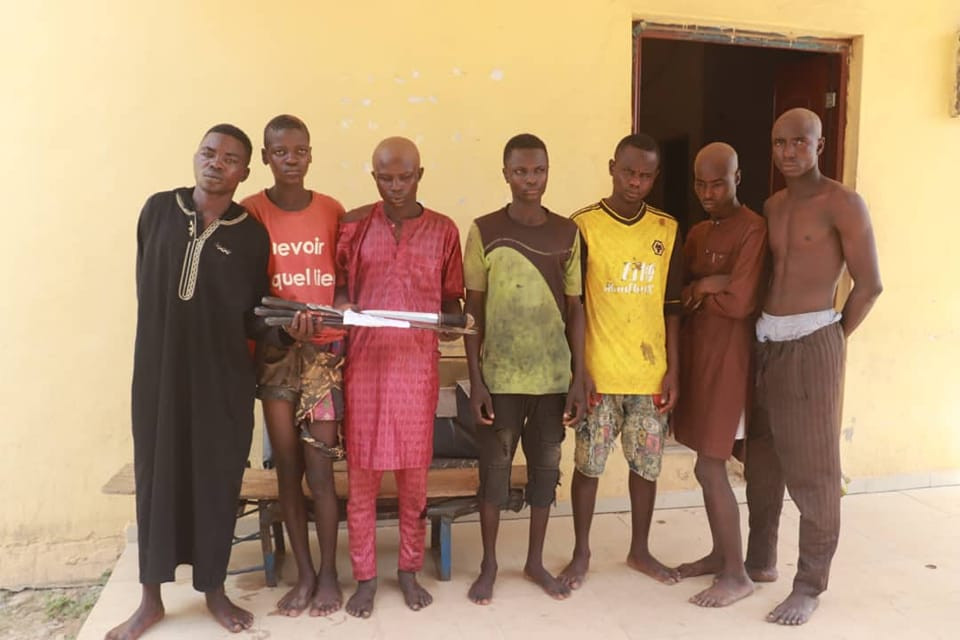 Spokesperson of the command, DSP Wasiu Abiodun, who disclosed this in a statement on Monday, June 20, said the suspects were arrested for alleged involvement in thuggery.

“In a further effort to ensure sanity and rid Minna metropolis of crime and criminality, on 17th to 19th, June 2022 based on information received that some miscreants from Tunga, Maitumbi, Limawa and Angwan-Daji areas of Minna engaged themselves in a free for all with dangerous weapons,” the statement read.

“On receipt of the information, Police patrol teams were mobilized to these areas and the following seven (7) suspects were arrested at different locations in Minna.

Exhibits recovered from their possession include two knives and cutlasses.

All suspects will soon be arraigned in court as soon as investigation is concluded, the PPRO added.

Buhari to travel to Guinea Bissau on Wednesday

BBNaija star, Laycon, slams Twitter user who insinuated that he is not worthy to be called a rapper